Join artists Thomas Chung, David Joel, and Lauren Stanford as they discuss their work in the 2022 Alaska Biennial exhibition. Following the artist talks, there will be a Q&A with the audience. Free, in-person event.

Thomas Chung (@tomchungart) was born in New Jersey and grew up in New York City and Hong Kong. He received his BFA from the San Francisco Art Institute in 2010 and his MFA from the Yale School of Art in 2013. He has participated in numerous group and solo shows throughout the United States. His interdisciplinary work has been written about in Modern Painters, Art in America, and The New Yorker. His artwork has been featured on PBS and Fox News. Chung has lived in Alaska since 2014. He is an associate professor of painting at University of Alaska Anchorage (UAA), and the chair of the UAA Fine Art Department.

David Joel is an Anchorage-based conceptual artist. “Baptisms for the Dead; unholy area,” currently on view in the Alaska Biennial, speaks to the complex coexistence between the natural world and our engineered environments. Joel’s work considers certain physical and psychological dualities: natural and manmade, balance and imbalance, independence and interdependence, control and letting go. For Joel, these dualities become a continuum of transformation that form the conceptual groundwork of his practice.

Lauren Stanford (@lauren.e.stanford) grew up spending her summers at her grandparents’ remote homestead on Lake Clark, AK, which fostered her imagination and inspired her love of animals. After earning a Creative Writing degree from Colorado State University in 2010, she returned to Alaska and earned her BFA from the University of Alaska Anchorage in 2018. She was artist-in-residence at the Mendocino Art Center in California for two years, followed by a short-term residency at the Red Lodge Clay Center in Montana. Stanford is also a fourth-generation commercial fisherman and setnets near the mouth of the Naknek River each summer. She is currently teaching ceramics as an adjunct professor at University of Alaska Anchorage. 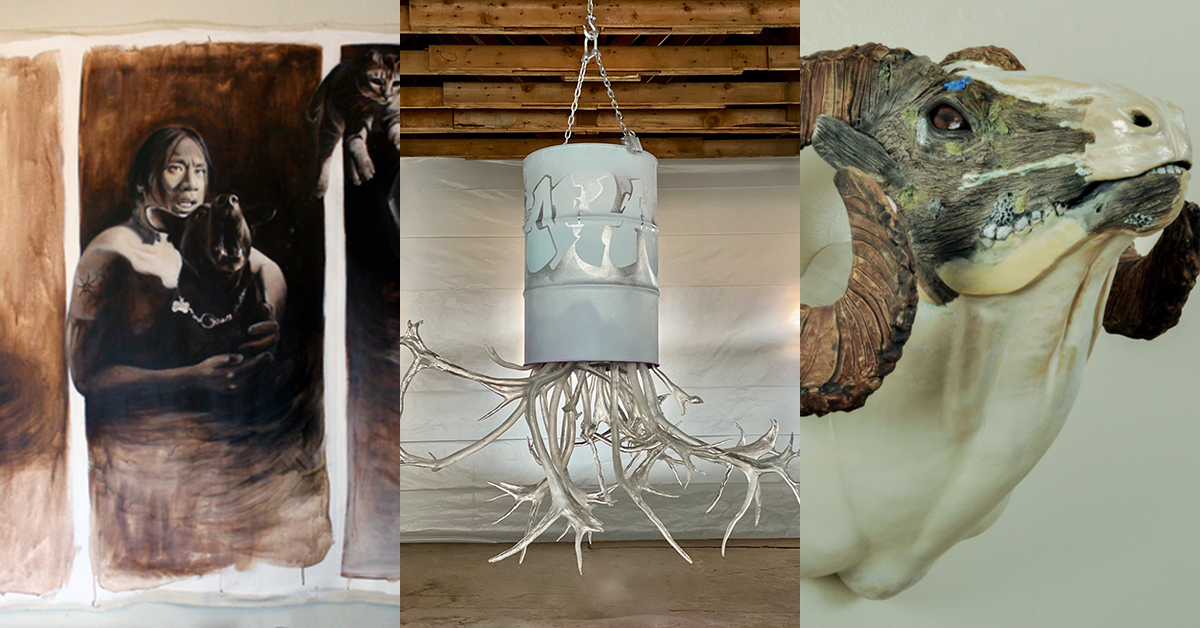