Piano Music in Muse
5 to 9 p.m.
Listen to sounds of Evgeny Chernonog.

Unbound: Border Stories/Unbound: Cuentos de fronteras
6:30 to 8 p.m. Librería Donceles (Anchorage Downtown Transit Center)
Anchorage youth are invited to share stories of borders, boundaries, journeys and crossings in this open-mic storytelling event. Come to share your story or just listen. Light refreshments provided. Stories should be 5 minutes or less and appropriate for all ages. Stories in any language are welcome. Email hmickey@anchoragemuseum.org to sign up in advance.

Pop-Up Exhibition: Anne Frank House – A History for Today
6:30 p.m. Opening Reception, Atrium
7 p.m. and 8 p.m. Tours, Art Lab
Learn about the story of Anne Frank and the Holocaust in this pop-up exhibition organized by the Anne Frank House in Amsterdam in collaboration with the Netherlands’ Honorary Consulate in Anchorage.

Alvin Amason is a Sugpiaq painter and sculptor living and working in Alaska. Amason left Alaska for his artistic training, studying in Washington and Arizona. He then returned in the 1980s to his home state where he continues to live, teach, and create work. Amason combines painting and sculptural techniques, often attaching three dimensional elements to canvas. Amason’s work draws upon his Sugpiaq culture and experiences as a child. Many pieces include representations of Alaska’s wildlife, reflecting an understanding of animals that he gained while hunting with his grandfather on Kodiak Island.

Ronald Brower currently works  as a professor of Inupiaq language for the University of Alaska, Fairbanks as part of the Alaska Native Language Center. He was involved in the development of the North Slope Borough and the North Slope Borough Commission on Iñupiat History, Language and Culture. He also served as president of the Ukpeaġvik Iñupiat Corporation and was the founding director of the Iñupiat Heritage Center Museum. He worked with the Inuit Elders International Conference from Greenland from 1979 to 1998 and served on the Inuit Circumpolar Conference executive council from 1998 to 2006.

Sylvester Ayek is an Inupiaq artist who spent his formative years on King Island. He is best known for his mask making, ivory carving, and stone sculpture and was honored with a distinguished artist award from the Rasmuson Foundation in 2004. He started selling his art in his teens to tourists in Nome and describes his work at that time as very traditional. After attending the University of Alaska, Fairbanks he began to experiment with materials and forms. Today, Ayek lives in Nome and visits King Island regularly. He spends most of his time living from the land and carving ivory and wood when he has time.

Richard “Dick” Weyiouanna is an Inupiaq master artist who is originally from Shishmaref and currently lives in Anchorage. He is best known for his powerful whale bone, soapstone, and ivory sculptures. Weyiouanna has lived a subsistence lifestyle and comes from a family with deep roots in Shishmaref. 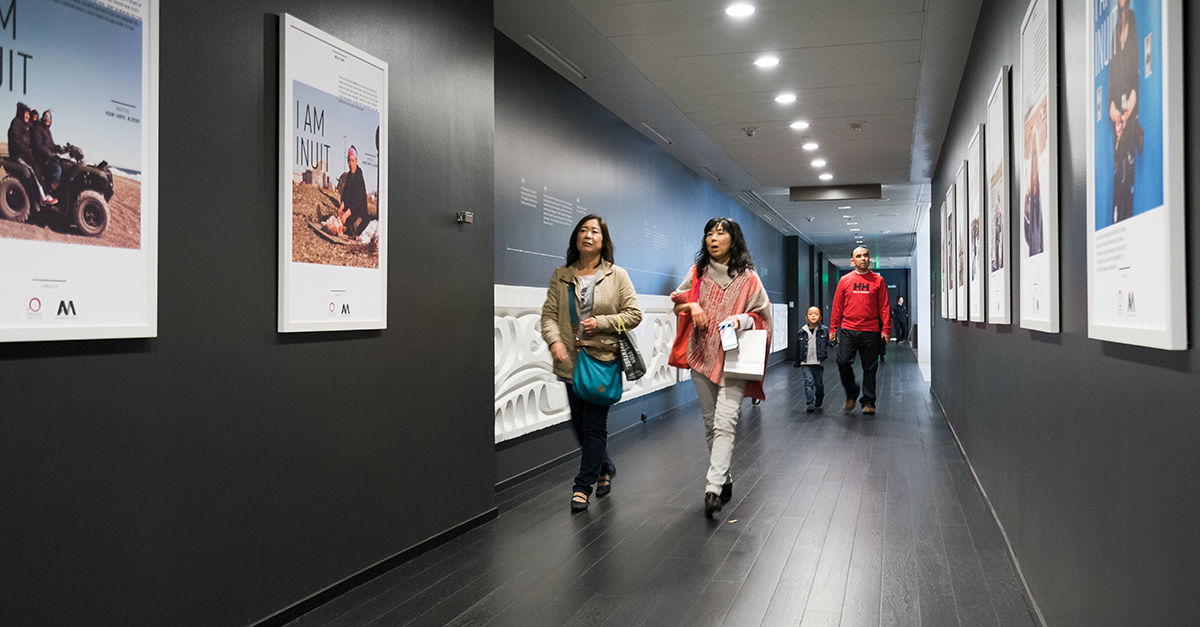