Watch this space for language lessons, podcasts, music  and more.

Dena'ina Word of the Week

Dena’ina has been spoken in Southcentral Alaska for at least the last 1,000 years. Dena’ina, like all Indigenous languages of Alaska, was communicated orally until an alphabet was developed in the 1970s. Since then, many Dena’ina elders and speakers of the four Dena’ina dialects have worked closely with linguists to record the language for future generations, hoping to hear it spoken again by both Dena’ina peoples and those who have moved into the Dena'ina homeland. With Dena’ina Word of the Week, we're honoring the Dena’ina language one word at a time.

Additionally, many resources are available to learn more, including the Alaska Native Language Center, Qenaga.org, and YouTube, where you'll find videos of Dena’ina pronunciation and dialogues to listen to and practice.

Learn the Upper Cook Inlet Dena’ina word for red fox in this short clip by Aaron Leggett, Curator of Alaska History & Culture at the Anchorage Museum.

Learn the Upper Cook Inlet Dena’ina word for volcano in this short clip by Aaron Leggett, Curator of Alaska History & Culture at the Anchorage Museum.

Learn the Upper Cook Inlet Dena’ina word for smokehouse in this short clip by Aaron Leggett, Curator of Alaska History & Culture at the Anchorage Museum.

Learn the Upper Cook Inlet Dena’ina word for bald eagle in this short clip by Aaron Leggett, Curator of Alaska History & Culture at the Anchorage Museum. 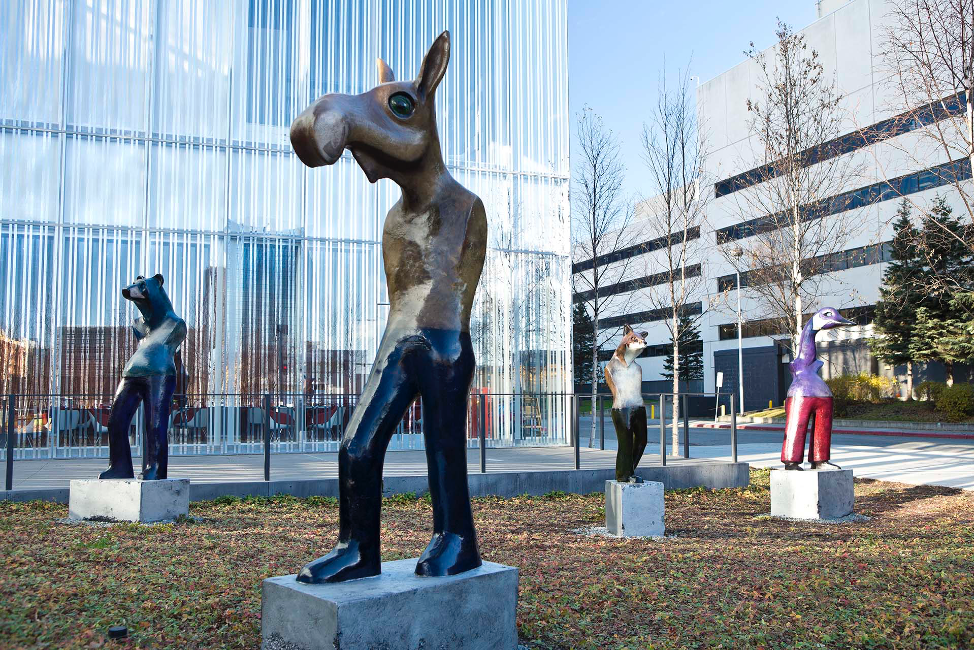 Recordings of elders' stories in the Dena'ina language, with translations and addition information from Aaron Leggett, the museum's Curator of Alaska History and Culture.

Andrew Balluta of Nondalton tells about learning from his elders about a Dena'ina prophecy about hard times that will come sometime in the future:

Shem Pete of Susitna Station tells the story about how Fire Island got its English name after the arrival of Captain Cook and his crew:

Shem Pete tells a story about the significance of Mount Susitna to the Dena'ina and then Billy Pete of Susitna Station explains the misconception that the Sleeping Lady is a based on a Dena'ina story:

Shem Pete of Susitna Station tells the story about Ship Creek and how the Dena'ina from throughout Cook Inlet would gather in the late spring to harvest the three spine stickleback before the salmon arrived. This resource was especially important during years where other food supplies had run low:

Agnes Cusma of Nondalton tells about traveling along the Telequana Trail, an important travel route for the Inland Dena'ina:

Fedosia Sacaloff of Kenai tells about the arrival the first Europeans (Captain Cook and his men) and his crew's interactions with the Dena'ina:

From Athabascan villages in Alaska, to the capital city of Greenland, to reindeer-herding towns of northern Finland. WE UP, a documentary produced by the Anchorage Museum, profiles the rising stars of Circumpolar Indigenous hip-hop, exploring shared themes in their work, including decolonization, language revitalization, community, and spiritual connections to homeland. The film also documents the Circumpolar Hip-Hop Collab, a groundbreaking main-stage performance at the 2018 Riddu, Riđđu Indigenous peoples' festival in Olmmáivággi, Norway.