Ada Blackjack (1898-1983), was an Iñupiaq woman who was the sole survivor of a doomed Arctic expedition to Wrangel Island in the 1920s.

Ada was born in a small village southeast of Nome, Alaska. At 16, she married a dog musher and had three children. In 1921, her husband abandoned the family. Ada walked forty miles to Nome with her only surviving child, Billy. She was forced to place him in an orphanage because she couldn’t afford his tuberculosis treatment. 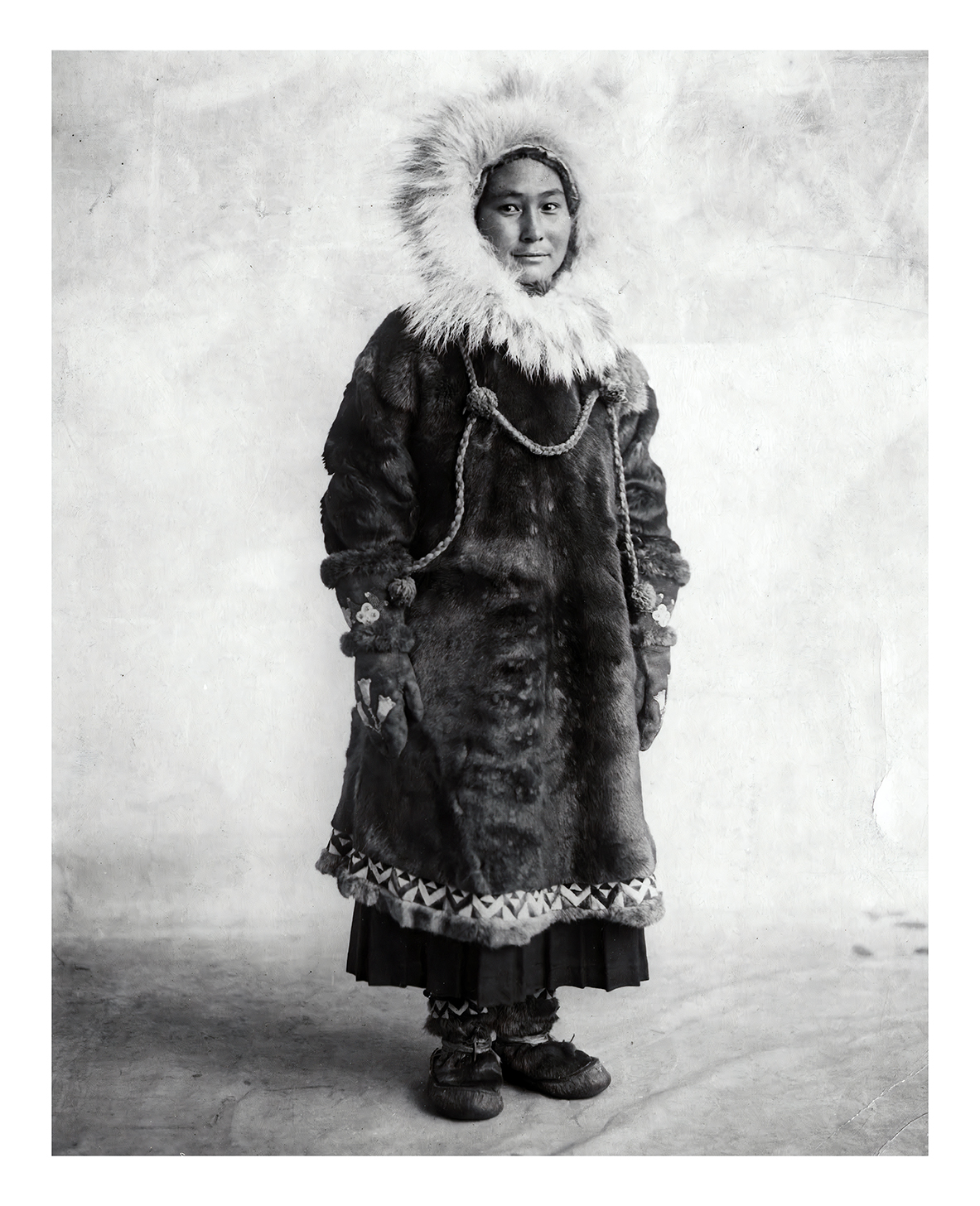 In September 1921, Ada was recruited as a seamstress for an expedition to Wrangel Island that promised a $50-per-month salary. She joined with the understanding that there would be other Iñupiat along, but later found that she was the only Alaska Native and the only woman on the expedition.

In 1922, a resupply ship failed to arrive, due to extensive sea ice, and the expedition ran dangerously low on food. In January of 1923, three of the five members of the expedition team left camp to find help, never to return. Ada cared for the remaining man, who was sick with scurvy, until he died in June. Alone except for the company of the expedition cat named Vic, she trapped, picked roots, hauled wood, made her own clothing, and defended the camp from polar bears. A rescue ship arrived in August of 1923.

Upon her return, Ada received a flurry of press attention for her resilience and will to survive. Despite her renown, Ada did not receive the full wages she was promised and did not profit from stories and books that covered the hardships she endured. However, Ada did reunite with Billy and was able to pay for his tuberculosis treatment in Seattle.

Did you know Ada Blackjack, and do you have a story you’d like to share about her? We’d love to know more about her and about the powerful women in your life. Share your images and stories with us on Instagram and Facebook by tagging @anchoragemuseum and #ExtraToughWomenAK and we’ll add them to our ongoing digital curation project. Stay tuned for more information about the exhibition and be sure to check back for new #ExtraToughWomenAK posts.