From the earliest recorded military accounts, as far back as the Roman Empire, camouflage is described as concealment by design. Yet, it finds its true origin in nature’s design. From the masters of disguise in the insect world like the orchid mantis, to the stealthy predator lions of the savanna, nature invented camouflage. And, its visual impact has transmuted from forests and jungles to streets and fashion runways, where the objective is to stand out, rather than blend in.

Camouflage: In Plain Sight expands beyond the familiar associations of camouflage to explore how we work to be seen and unseen. Through the lenses of natural history, military history, art, design, technology, fashion and popular culture, Camouflage highlights the contrast between the functional and cultural. Included in the exhibition are historical objects, natural history specimens, items from popular culture, and major works of modern and contemporary art by artists like Andy Warhol, Jasper Johns and Cindy Sherman.

From military might to counter-culture cool to camo chic, Camouflage: In Plain Sight exposes the ancient, yet modern, art of concealment. 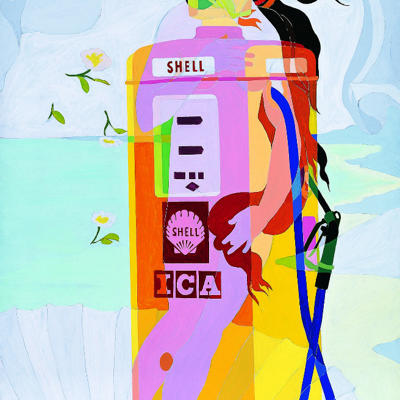 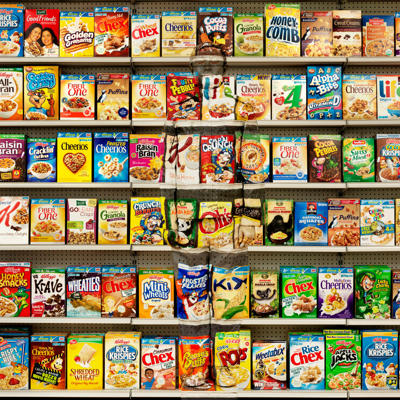 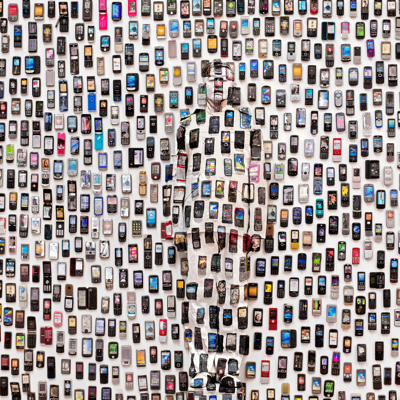 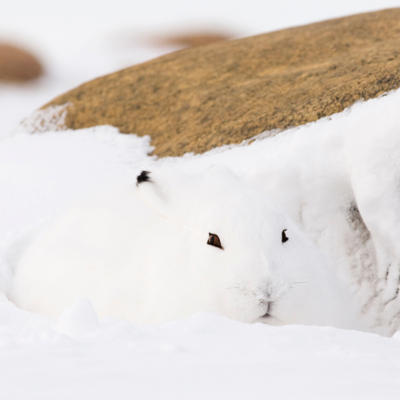 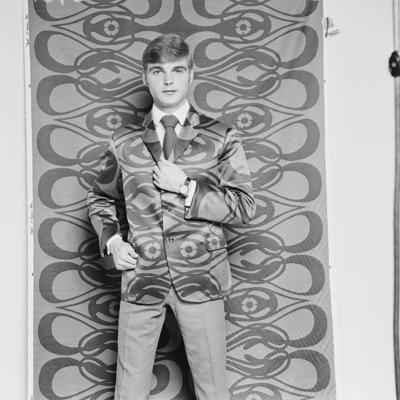 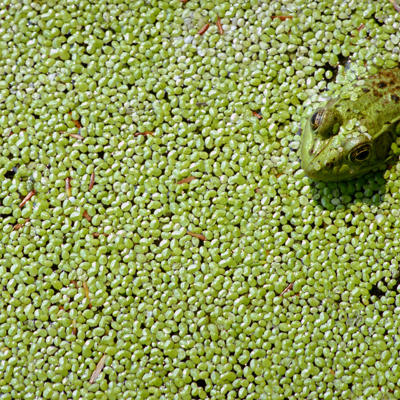 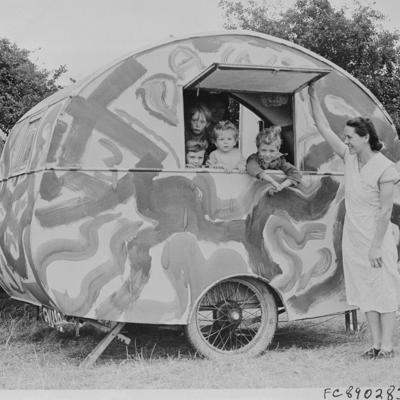 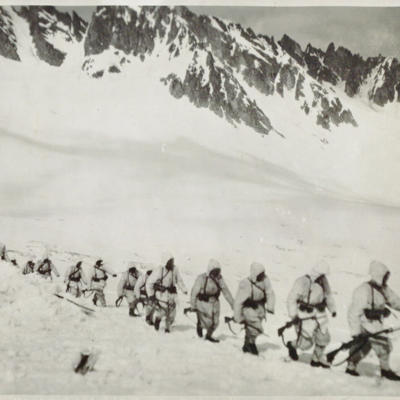 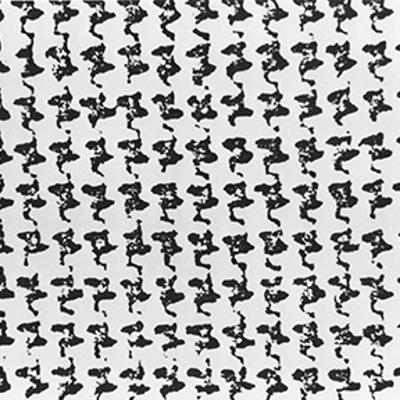 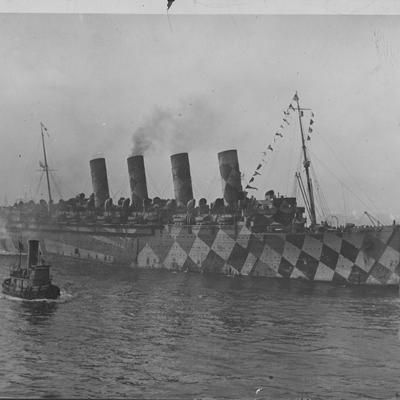 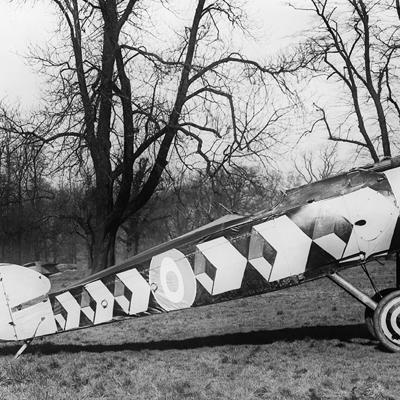 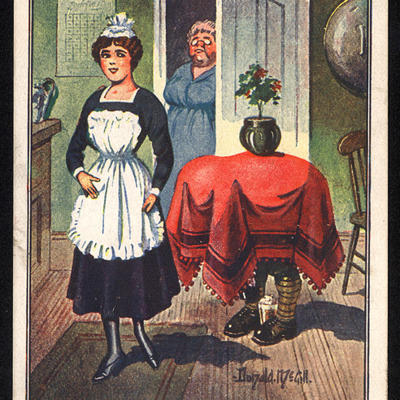 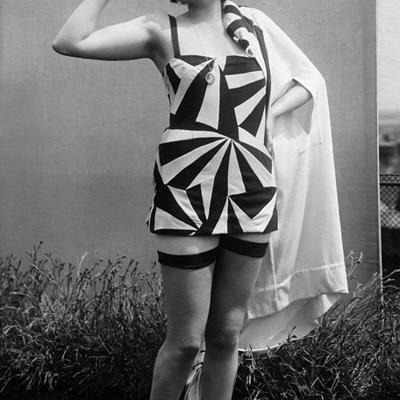 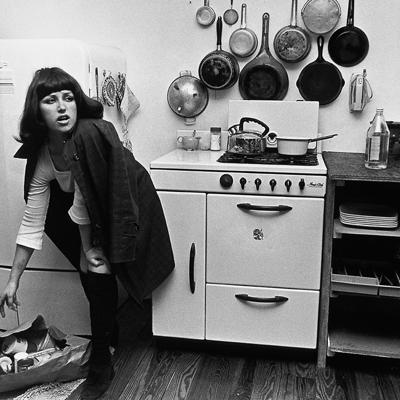 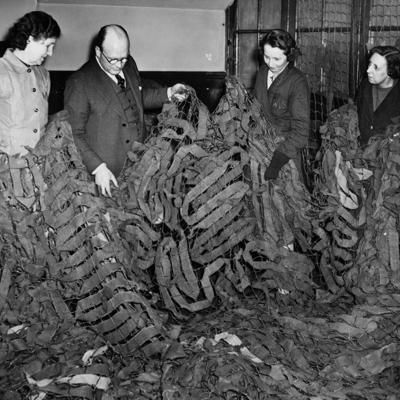 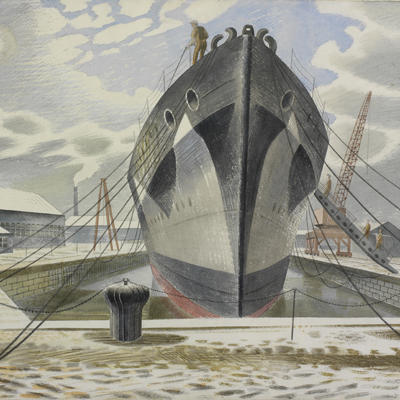 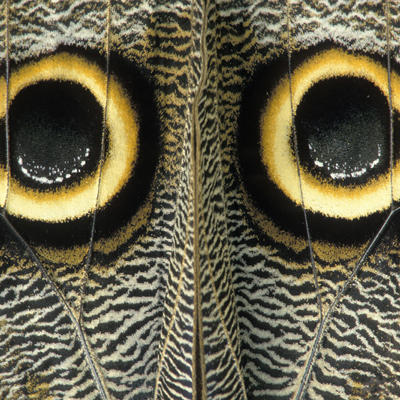 A male model wearing a patterned jacket by Irvine Sellars, against a background of the same fabric, United Kingdom, 1967.  "Camouflage: In Plain Sight" explores how we work to be seen and unseen, from camouflage to targets and tattoos.

Original caption: "Cambridge, England: British Trailers Don War Paint. The war is making its influence in every walk of British life and those who live in rolling homes have been affected as well as everybody else. This trailer at a Camp near Cambridge is daubed in regular warlike camouflage. It is home for a mother and her brood of four."

US World War I warship with dazzle camouflage

US World War I warship with dazzle camouflage heading to Europe from the USA, circa 1914-1918.

Photo by IWM via Getty Images

Photo by Past Pix/SSPL/Getty Images

A British humorous postcard created by Donald McGill and published by Inter Art during World War I. (Photo by Past Pix/SSPL/Getty Images)

A woman wearing a swimsuit in a pattern similar to "dazzle" camouflage, 1926. Picture taken by Wilhelm Willinger.

Women's Voluntary Service workers learn how to make camouflage nets at a school in a convent in Chelsea, London, run by the WVS executive. March 17, 1942.

A Warship In Dock

A view of the bow of a camouflage painted warship in dock from ground level looking upwards. A worker is standingon the deck of the bow. There is a dockyard building to the left and a crane and further buildings to the right. Three men are walking up the gangway to go onboard, circa 1940.