The Borealis project is supported by the Anchorage Museum’s Polar Lab program. For Borealis, photographer Jeroen Toirkens and journalist Jelle Brandt Corstius visited boreal forests around the Circumpolar North, ending in Alaska in 2019. They sought the stories and people of the forests, focusing on the boreal zone in the Northern Hemisphere, a chiefly coniferous circle that extends across Europe, Asia and North America. This forest is also known as the taiga. The boreal forest is the largest vegetation zone (biome) on earth and makes up around 29% of the total forested area. It is considerably larger than the Amazon rainforest. The trees of the forests convert carbon dioxide into oxygen on a massive scale. The average tree produces enough oxygen over a hundred-year period to allow a human being to breathe for 20 years. This project works to reveal these forests for people around the world.

An exhibition, Borealis: Life in the Woods, has been organized by the The Hague Museum of Photography (Fotomuseum Den Haag) in the Netherlands and the Anchorage Museum. It opens at the Anchorage Museum June 2021 and will travel to subsequent venues. The project is also accompanied by a publication released in 2020.

From 2015 up to 2019, I have made eight trips with photographer Jeroen Toirkens to the world’s northernmost forests. We took in our surroundings carefully and listened attentively to the people who inhabit these inhospitable regions. How do they live and survive? What do they take from the earth, and what do they give back to her? Our final destination was a remote cabin in the wilds of Alaska. This time we were on our own. And here we looked back on our peregrinations through the world’s largest — yet little-known — forest: the Boreal Forest. 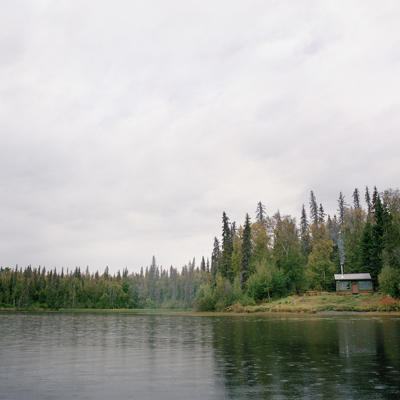 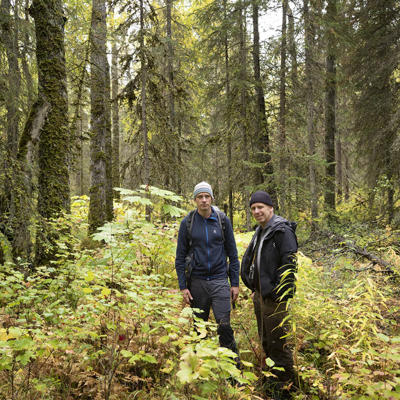 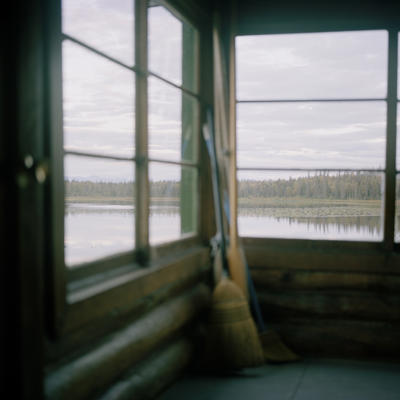 Just like every morning, we are awoken by a Great Northern Loon. We may be staying in the only cabin beside the lake, but the Great Northern Loons are the real bosses here. Their song sounds a bit like the howling of a wolf, only in this case coming from a bird’s beak. We spot two pairs. If one pair calls out something, the other politely replies. ‘Good morning!’ ‘Good morning to you!’, I imagine them saying.

Together with photographer Jeroen Toirkens, I am staying in a hut beside the aptly named Vogel (Bird) Lake, in the Kenai Fjords National Park in Alaska. Roads are nowhere to be seen. In the winter, when the water is frozen solid, you can travel here by snowmobile, but it is only September. The one way to travel at this time of year is by seaplane, a twenty-minute flight from Anchorage, the biggest city in the American state. Alaska, part of which lies above the Arctic Circle, is every adventurer’s dream: it is five times the size of Germany, and the majority of it is wilderness.

There are various names for this forest. The Americans and the Canadians call it the Great Northern Forest or the Boreal Forests (derived from borealis, Latin for ‘northern’). Better-known is perhaps the Russian word taiga, which is actually a word loaned from one of the nomadic peoples who populate the Siberian taiga.

About twenty-five years ago, Canadian logging companies purchased the rights to extract wood in the traditional hunting grounds of the indigenous Cree. This was mostly done by clear-cutting: the uniform felling of all the trees in a forest. Ultimately 90 per cent of the forest disappeared in this way. All that remained was a cleared area, surrounded by an intricate road network for transporting all those trees. Just three of the 52 traplines are untouched. One of these belongs to Don Saganash, who said no to the logging companies.

A 150-km journey takes us through the boreal forests of Northern Canada. Here there is little clear-cutting to be seen. The trees in this area were cut down thirty years ago; in the meantime a new generation of conifers has sprung up from the earth.

Eight hours later, we arrive at the house of Don Saganash, in the heart of the Broadback Valley. As tallyman, he is in charge of the three traplines where the forest has not yet been felled. In the meantime, the temperature has dropped to minus 40 degrees Celsius, and each time someone opens the front door, it is as if they are opening the door of a giant freezer.

In the back room, Saganash throws some more wood on the stove. He points to the nails in the floor, which despite the heat are covered with ice. ‘I haven’t experienced this for some time’, he laughs. He tells us about his fellow-tallymen, who have sold their forests. ‘Many of them were seduced by the sums of money that the companies were offering. Of course it means a profit in the short term, but in the long term their land and their traditions disappear’, says Saganash.

‘A year before he died, my father made me tallyman’, he tells us. ‘He said to me: “Make sure that you keep the logging companies out of our forest.” I have never forgotten that.’ Together with Greenpeace, Saganash is trying to make the three traplines that are still intact into a nature reserve, so that felling will never be permitted. 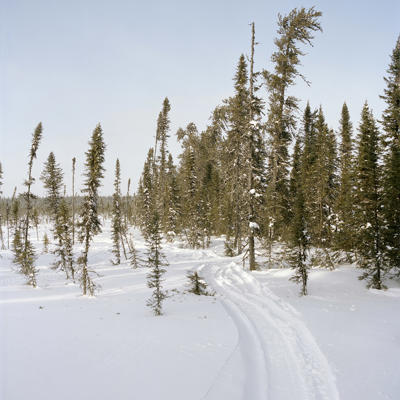 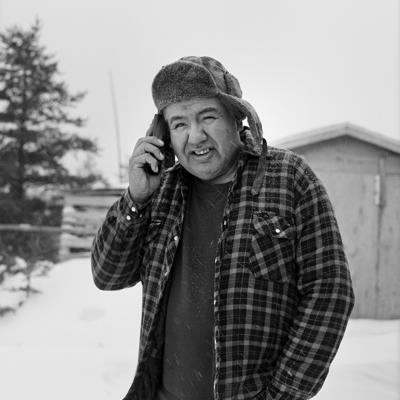 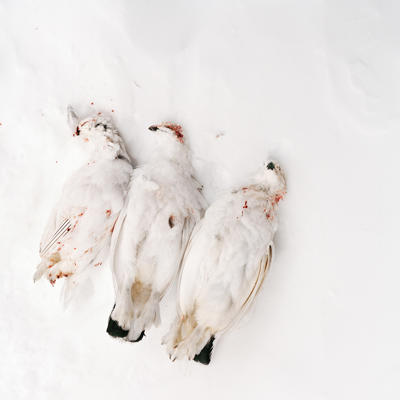 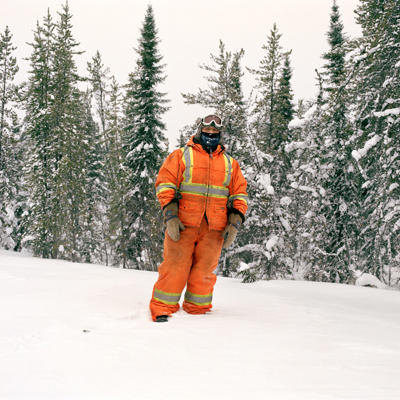 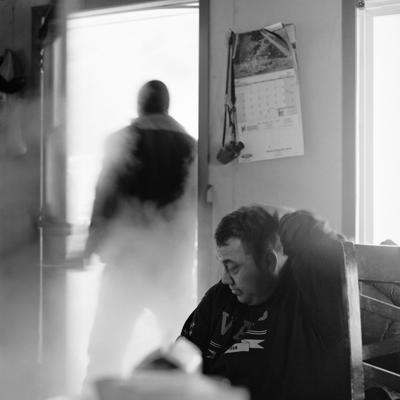 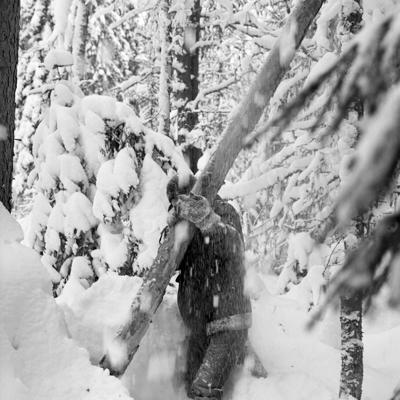 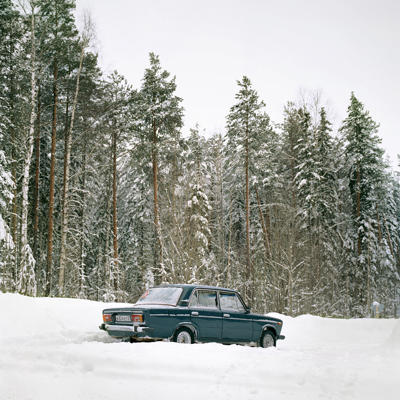 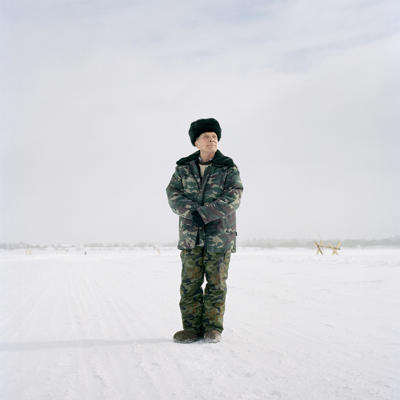 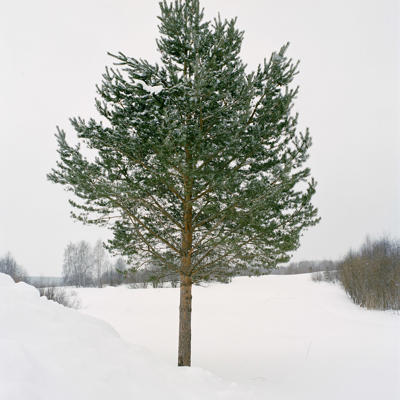 The heart of the Russian wood industry is concentrated around the Russian city of Archangelsk, on the White Sea. In the era before motorways and lorries, the wood could be shipped from here to the European markets. And this region is still an important supplier. More than half of the EU’s wood imports come from Russia.

In fact, Gennady Tugushin has already retired. He worked as a logger his whole life, but in order to supplement his meager pension he has stayed on as a guard, mostly working night shifts. His face shows signs of a hard life. ‘It was back-breaking work, it kept going all winter. Only when the mercury dropped to below 40 degrees Celsius did we get a day off. In the Soviet era, there were no heavy machines; everything was done with a chainsaw.’

In the winter there is not much to do, but in the summer Gena and his wife Tonya work long hours. Vegetables from the garden, mushrooms, berries and birch sap from the forest, and fish from the river. They never go into the forest alone: ‘You never know what you might encounter. There are snakes and bears. From time to time you find yourself picking raspberries from the same bush as a bear. But we leave each other in peace. You have to respect the forest and the animals. The forest feeds you, gives you oxygen. What more do you need?’ 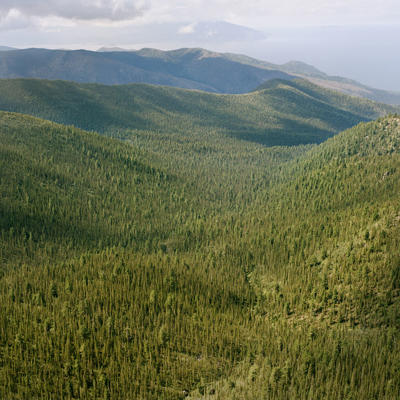 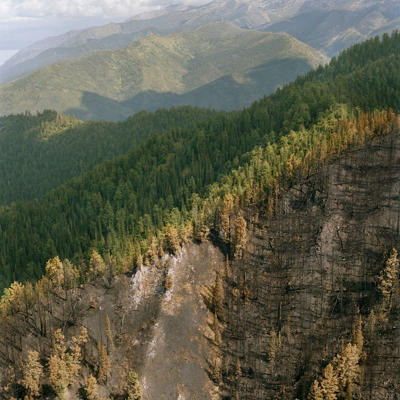 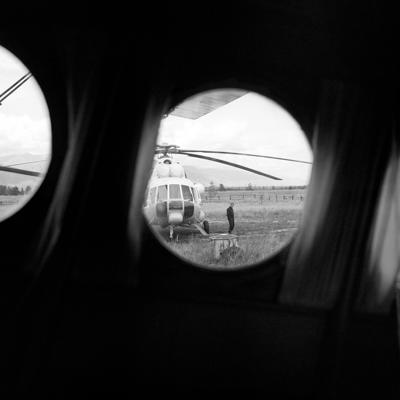 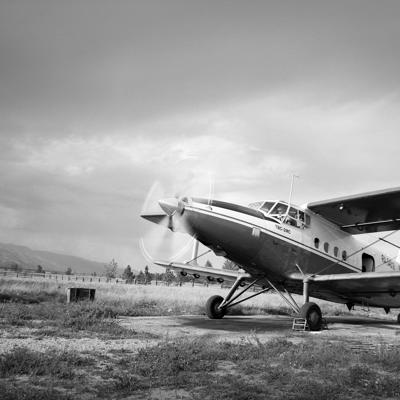 It is early August 2019 and Russia is on fire. Forest fires are a natural phenomenon, necessary for the health of the forest. But the scale on which the forest is currently burning is abnormal: up to now, an area around twice the size of the Netherlands has gone up in flames, and it is still burning.

Aviales is the Russian service responsible for putting out fires from the air in areas that the fire service cannot access with trucks, the so-called ‘control zones’. The Russian government created these in 2015. These are remote areas where fires — according to the government — cannot do any ‘economic’ damage and are in principle not extinguished, unless things get out of hand.

Firefighting in this remote area is done by dropped parachutists, around seven of them, armed with a chainsaw, a pump, fire extinguishers and provisions for about ten days.

Mikhail Zubov, Senior Pilot Scout at Aviales,  is sitting in an antique Antonov plane, which is going to drop provisions for a group of parachutist firemen in the remote forest of a nature reserve.

The smell of smoke in the air is becoming stronger — so we are nearing the dropping site. The fire has been contained and they are now engaged in damping down, but a huge area has burnt out. All sense of scale vanishes. Only when we fly over the parachutists’ miniscule tents do you get an idea of how much forest has burned there. 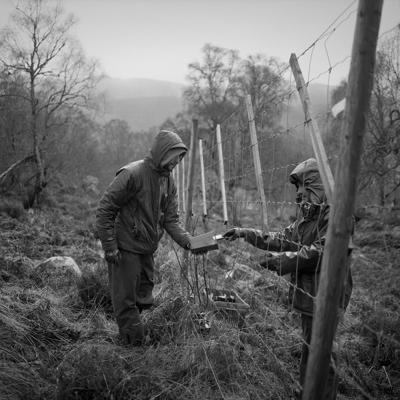 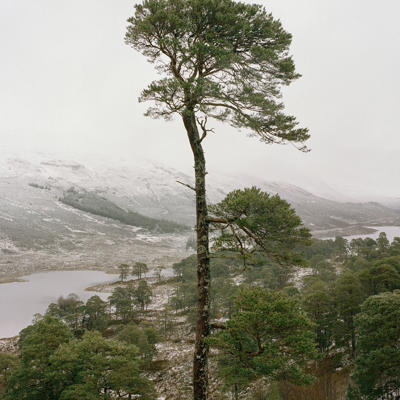 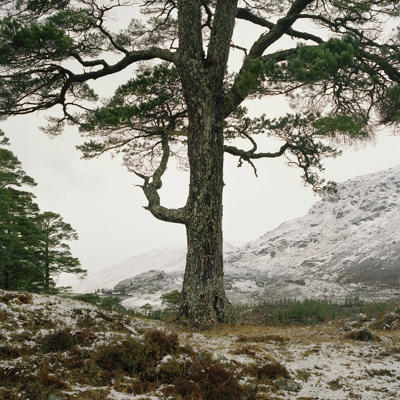 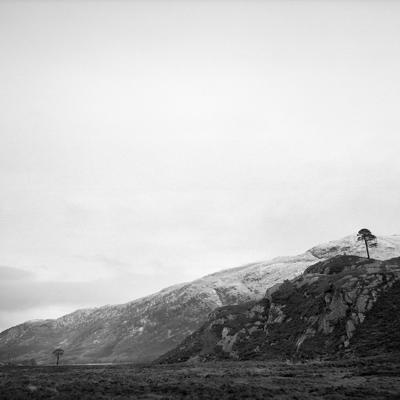 Around us is a beautiful, bare landscape, with above it clouds chasing through the blue sky. In the distance, yet another rain shower is heading our way. We are standing in a Scottish glen, an undulating valley, near the town of Drumnadrochit on the banks of Loch Ness. In the middle of the valley is a large Scots pine, standing solitary and majestic against the bare ground. This is precisely the beautiful Scotland of your imagination and the reason why every year, hordes of nature lovers make a beeline for this place.

Alan Watson Featherstone from the organisation Trees for Life sees this spot very differently. Featherstone once worked for a mining company, but now his life is focused on preserving nature. ‘This tree fills me with sadness. It is a granny pine, an elderly tree. If you come here in twenty years’ time, there will be no trees left at all. At least, unless we take action ourselves. Our forest is dying out and there will be nothing in its place.’

Since their foundation in 1989, Trees for Life have planted around 1.5 million trees. For the first few years, these are fenced to protect them from hungry deer. When the trees are large enough, the fences can be removed. On a sheltered mountainside, volunteers are planting young aspens. The mountain slope in question lies in the Dundreggan Estate, a former hunting ground that Trees for Life has purchased in its entirety.