12:30 p.m. Saturdays and Sundays in November

Catch a ride on a comet with the Rosetta spacecraft. For the first time ever, scientists have landed a spacecraft on the surface of a comet in the hopes of unlocking the mysteries of the universe. Featuring astronomer Klim Churyumov who discovered the comet Rosetta is now orbiting in 1969, the film tells us about the comet phenomenon, the discovery of the 67P comet, and the mission of the “Rosetta” probe and the landing module “Philae.” But above all the film speaks about the questions which humanity is seeking to be answered far away among the stars. $6 plus museum admission. (23 minutes) 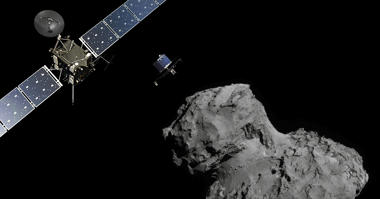