Cook Inlet Historical Society Lecture: A Conversation with Vic Fischer and Jane Angvik on the Alaska Constitution and Resource Development

Alaska is the only state that has an entire section of its Constitution devoted to the management of its natural resources. Vic Fischer will provide his recollections as to what led the Constitutional Convention to include Article VIII in the Alaska Constitution. Dick Mylius, who has worked on state land management for over thirty years will join Vic and Jane to walk through how Article VIII has guided management of the state’s natural resources over the past sixty years – including its impact on oil and gas development, public involvement, fish and game management and much more. Victor Fischer has served in various capacities in local, state, and federal government for over sixty years. He was a delegate to the Alaska Constitution Convention (1955-1956) after which he served in the territorial House of Representatives (!957-1959) and the Alaska State Senate. He was a member of the faculty at the University of Alaska Fairbanks and the University of Alaska Anchorage. He is Director Emeritus and Professor of Public Affairs at the Institute for Social and Economic Research for which he was director for ten years. He recently published his autobiography with Charles Wohlforth, To Russia with Love: An Alaskan’s Journey (2012). Jane Angvik has been involved in Alaska public life since 1973. She has served as an elected member of the Anchorage Charter Commission and the Anchorage Municipal Assembly. She served as Director of the Alaska Division of Land, and Commissioner of the Alaska Department of Commerce and Economic Development. She also served as the Executive Director of the Alaska Native Foundation and General Manager of the Alaska Native Heritage Center. Since 2000, she has managed her own consulting firm specializing in community development. This lecture is part of the Cook Inlet Historical Society’s 2018-2019 speaker series, “North to the Future: Alaskans Encounter their Environment.” Free; use museum’s 7th Avenue entrance. 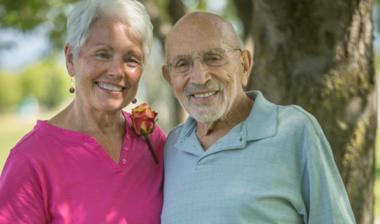