Recently named a 2017 MacArthur Foundation fellow, Nikole Hannah-Jones is an award-winning journalist who writes on modern-day civil rights for the New York Times Magazine. An investigative reporter who covers racial injustice, Hanna-Jones has written extensively on the history of racism and inequality and is a recognized authority on housing discrimination and racial segregation, desegregation and re-segregation in American schools. She was named Journalist of the Year by the National Association of Black Journalists and to The Root 100. She is also a 2017 New America Emerson fellow. $20. Free for members.

—
The Anchorage Museum’s Vision & Voice lecture series features thought leaders from history, film, literature, science and culture, who reflect upon the human experience.  In conjunction with the opening of the Alaska exhibition, this series explores powerful storytelling, issues of race and gender, and the possibilities that come with thought-provoking conversations and innovative thinking. 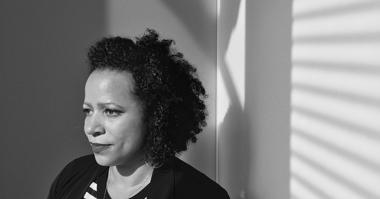