Hip-hop’s message: “We matter. We stand for something.”
—Grandmaster Flash

Forty years after hip-hop was born in the South Bronx, it's being re-imagined in fresh ways by young Indigenous artists of the North— from Athabascan villages in Alaska, to the capital city of Greenland, to reindeer-herding towns in northern Finland.

WE UP: Indigenous Hip-Hop of the Circumpolar North is a feature-length documentary film produced by the Anchorage Museum. It profiles the rising stars of Northern Indigenous hip-hop while exploring themes in their work which connect them across vast distances, such as: the challenges of decolonization, pride in self and traditional culture, deconstructing stereotypes, celebration of endangered Native languages, and spiritual connections to Northern homelands.

WE UP was filmed on location in Fairbanks and Dot Lake, Alaska; Nuuk, Greenland; and points throughout Sápmi, the homeland of the Sámi people that spans the far northern reaches of Finland, Norway, Sweden and Russia. The artists starring in WE UP represent all four “core elements” of hip-hop: MCing (rapping); breakdancing; turntablism (DJng); and graffiti art. 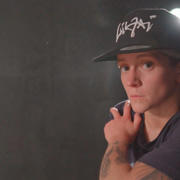 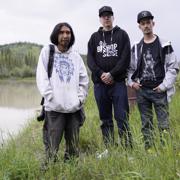 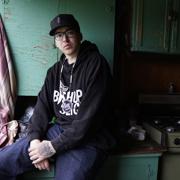 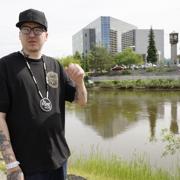 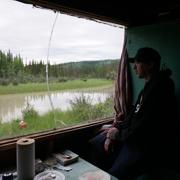 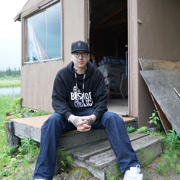 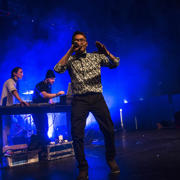 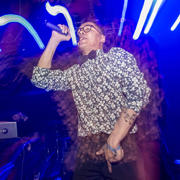 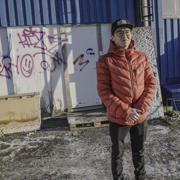 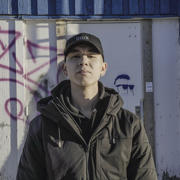 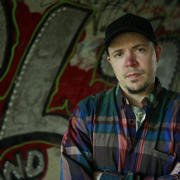 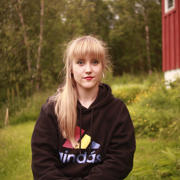 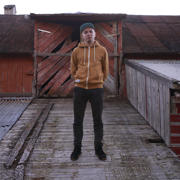 
Tlingit breakdancer Bri Pritchard, aka B-Girl SnapOne, in her downtown Anchorage studio during filming for We Up: Indigenous Hip-Hop of the Circumpolar North.


Athabascan rapper Bishop Slice in downtown Fairbanks, Alaska during filming for We Up: Indigenous Hip-Hop of the Circumpolar North.

Bishop Slice in his Grandmother's Cabin


Athabascan rapper Bishop Slice in a scene from We Up: Indigenous Hip-Hop of the Circumpolar North, filmed inside his grandmother’s cabin.


Athabascan rapper Bishop Slice on the steps of his grandmother’s cabin at a fish camp outside Dot Lake, Alaska.


Greenlandic rapper Kimojax on stage in Nuuk, Greenland at a performance by The Igloominati, a hip-hop group led by DJ Uyarakq (back left).


Greenlandic rapper Kimojax on stage at the Nuuk Nordisk Kulturfestival in Nuuk, Greenland, in scene from We Up: Indigenous Hip-Hop of the Circumpolar North.


Greenlandic rapper and B-Boy (breakdancer) Kimojax, on location for We Up in Nuuk, Greenland.


Greenlandic rapper Tarrak during a break in We Up filming in Nuuk, Greenland.


Sami rapper Mikkal Morrotaja, aka AMOC, raps in a dialect spoken by about 400 people in northern Finland.


Sami hip-hop dancer Anna-Katri Helander being interviewed in northern Norway for We Up: Indigenous Hip-Hop of the Circumpolar North.


Yarsem Galkin, a Sami rapper from northwest Russia, in a scene from We Up: Indigenous Hip-Hop of the Circumpolar North. 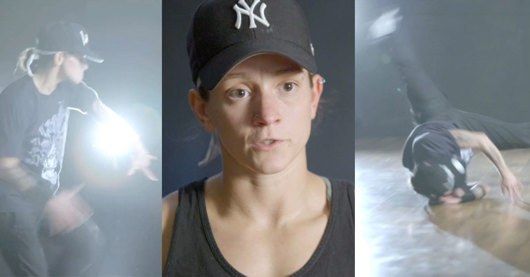 NORTHERN INDIGENOUS HIP-HOP: "WE UP" 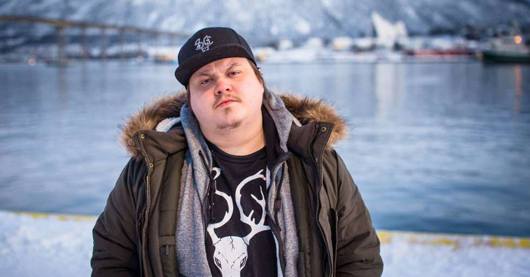 Long the lingua franca of marginalized youth, the defiant yet joyful roots of hiphop have spread to the far northern reaches of the world. The artists of WE UP thrum with energy - each different from the next, but all seriously solid. They create sweet beats. They deliver funny, incisive lyrics in several languages, including indigenous tongues. They perform powerful dance and make sweeping graffiti. Hot hip-hop from the cool high latitudes.

"If I compare the languages, English is more like a punchline language,
the Finnish language is more into the political side only,

and the Sami is where my heart and soul comes out.”
— Ailu Valle (Northern Sámi)


WE UP represents the Anchorage Museum’s dedication to groundbreaking investigations of the contemporary and future North. It was created with generous support from the Alaska Humanities Forum; Cook Inlet Tribal Council, Inc.; The CIRI Foundation; The Surdna Foundation; and the National Endowment for the Arts, a federal agency.