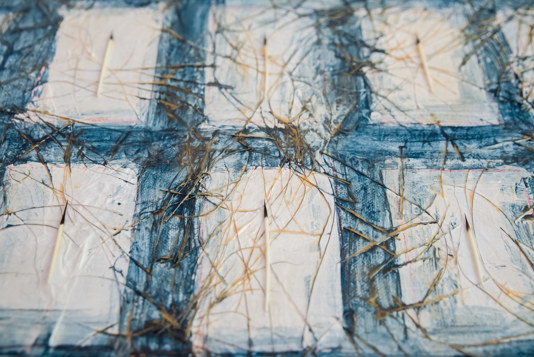 Colleen Firmin Thomas was raised between her Gwich’in community in Fort Yukon and Fairbanks. As a child, she says these communities often seemed to represent two opposing worlds to which she belonged: both the Indigenous side of her heritage and the non-Native Western side. She considers her mixed-media paintings as fluid explorations of her experience living in the space between two cultures.

Firmin Thomas received her BFA from the University of Alaska Fairbanks and has exhibited her work throughout the state in group and solo exhibitions. In 2018, she was the recipient of a Rasmuson Foundation Individual Artist Award.