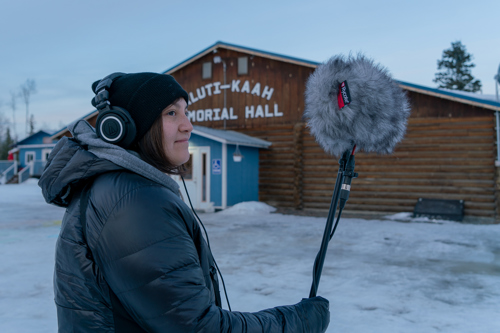 Alexis Anoruk Sallee is an Inupiaq and Mexican artist currently based in Anchorage, Alaska. Her early love of sound, film, and music began while working with the local public radio station, KNBA. Sallee went on to receive a BS in Recording Arts at Full Sail University. She has worked in sound design for the film industry in Los Angeles and is the producer of Indigefi, a national radio show dedicated to contemporary Indigenous music. Currently, Sallee is focused on writing and directing her own films. Her short film Who We Are won the Grand Prize in the 2019 national She Directed Filmmaker Contest. Her current film work is focused on telling stories centering Alaska Native characters and queer identities, while also providing training for local Indigenous peoples in film production.