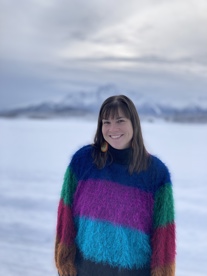 Since 2007, Emma Hill has been creating and performing original music in a professional capacity. She is now focused on her latest project, Park Songs. The multimedia project is a response to an eight month, 30,000 mile trek around the US visiting national parks. Nature is one of the things that most inspires her writing, so Hill challenged herself to see what could happen by immersing herself into an inspired state directly related to our Nation’s most prized natural spaces. Growing up in the small Alaskan village of Sleetmute to her worldwide travels, Emma has worked hard to position herself as a force in the music world. Her albums have received national recognition and she has toured them nationally and internationally. Splitting her time between touring and working within the local Anchorage music scene, she has shown her dedication to keeping music alive wherever she goes. Park Songs shows a whole new growth in her music and the way she is interacting with the world.