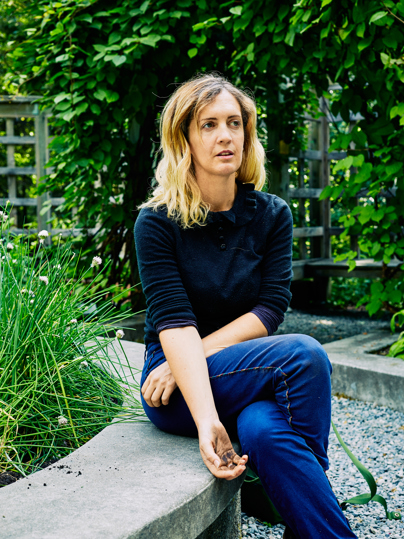 Mary Mattingly is an interdisciplinary artist based in New York and Maine. She is known for bundling personal objects into large boulders for performances about consumption and for large-scale public artwork like Limnal Lacrimosa, Vanishing Point, the Waterpod, and Swale. Swale is an edible landscape on a barge in New York City. Docked at public piers but following waterways common laws, Swale circumnavigates New York's public land laws, allowing anyone to pick free fresh food. Swale instigated and co-created the "foodway" in 2017. The "foodway" is the first time New York City Parks is allowing people to publicly forage in over100 years. Mattingly is working with the Anchorage Museum on a monograph publication and the Museum’s How to Survive and Future Feast projects.