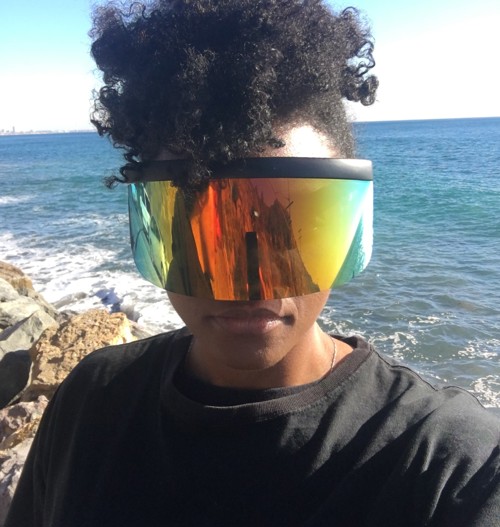 Nikita Gale is an artist living and working in Los Angeles, California and holds a BA in Anthropology with an emphasis in Archaeological Studies from Yale University and earned an MFA in New Genres at UCLA. Gale’s work applies the lens of material culture to consider how authority is negotiated within political, social, and economic systems.

Gale's work employs objects and materials like barricades, concrete, microphone stands, and spotlights to address the ways in which space and sound are politicized. Gale’s broad-ranging installations blur formal and disciplinary boundaries, engaging with concerns of mediation and automation in contemporary performance. Through approaching reproduction as a mechanism that connects humans to a desire for extension and amplification through both biological and industrial processes, the artist’s work points to the ways that technology not only functions as an extension and amplification of the body but also as a means by which labor and violence are displaced and concentrated. By engaging with materials that are simultaneously acoustic and protective like foam and terrycloth, Gale’s recent work considers the role of audience as a social arena and examines the ways in which silence, noise, and visibility function as political positions and conditions.

Gale’s work has appeared in numerous publications including The New York Times, Artforum, Mousse, Art in America, Art21, AQNB, Frieze, Vogue, and Flash Art. Nikita currently serves on the Board of Directors for GREX, the west coast affiliate of the AK Rice Institute for the Study of Social Systems and is a Contributing Editor at Triple Canopy, a magazine and publishing platform based in New York City.