Utqiaġvik, Alaska, is the northernmost city (71.3°N, 156.8°W) in the US Arctic, located on the Chukchi Sea, It is the NSB’s largest city, home to approximately 5,000 residents of which 63% are Iñupiaq. The city is built on continuous ice-rich permafrost, which is extremely sensitive to surface changes that alter the existing thermal regimes, including the diversity and insulating capacity of the tundra plants. Tundra plants are critical for permafrost and habitat preservation, coastal stabilization, gravel-road dust control, and Indigenous subsistence. Plants harvesting, as well as tracking animals for hunting, are only a two examples that illustrate the deep, inseparable ties between the tundra plants and the Iñupiaq cultural practices.

Despite the importance of this and of the omnipresence of tundra plants surrounding the city, the role of plants is missing in the official NSB and city of Utqiaġvik vision plans adopted in 2019 and 2015, respectively. Our project aims to fill this gap with a two-fold framework for creating an Arctic Urban Tundra: 1) a new urban tundra vision plan for the city of Utqiaġvik, and 2) a pilot project that reconfigures the urban center into an urban tundra park, integrated with city and public building facilities. The ultimate aim of the project is to foreground the cultural and ecological roles of tundra plants in the design and organization of an Arctic city and to create public spaces highlighting the multivalent relationships between the plants and the community. 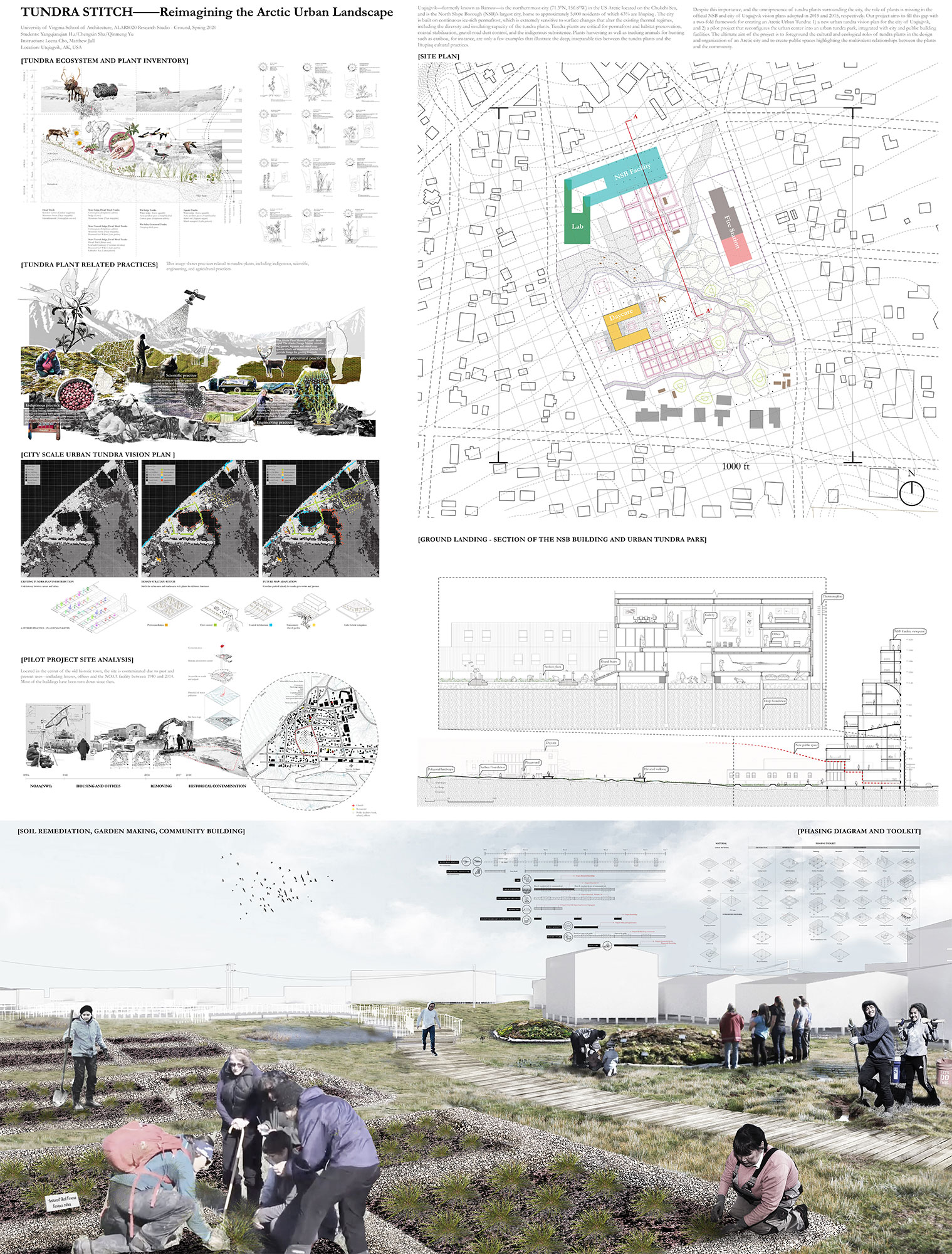