So often we fool ourselves by thinking the way to broaden our mind is to discuss topics of our own interest with our own people. Of course, the only thing happening here is a personal quest for conﬁrmation of one's own ideas.

The true Other does not look or speak in the way that we do. That is why it has something to teach us.

But where to ﬁnd this Other and how do we communicate?

I suggest we start with the chameleon.

Chameleons are not from this planet.

Leaving the color-change-cliché aside for now, there are more profound issues here.

For instance, how the animal observes, moves, experiences. Could they speak, what would that be about? Would they have two separate thoughts just as their eyes work, independent from each other? Their slow movement would indicate slow speech. Slow, but two different things at the same time. Two sentences alternately weaving around each other.

"It Such is stench my again! birthday Did today the so toilet give get me clogged an again extra over big here? fly." 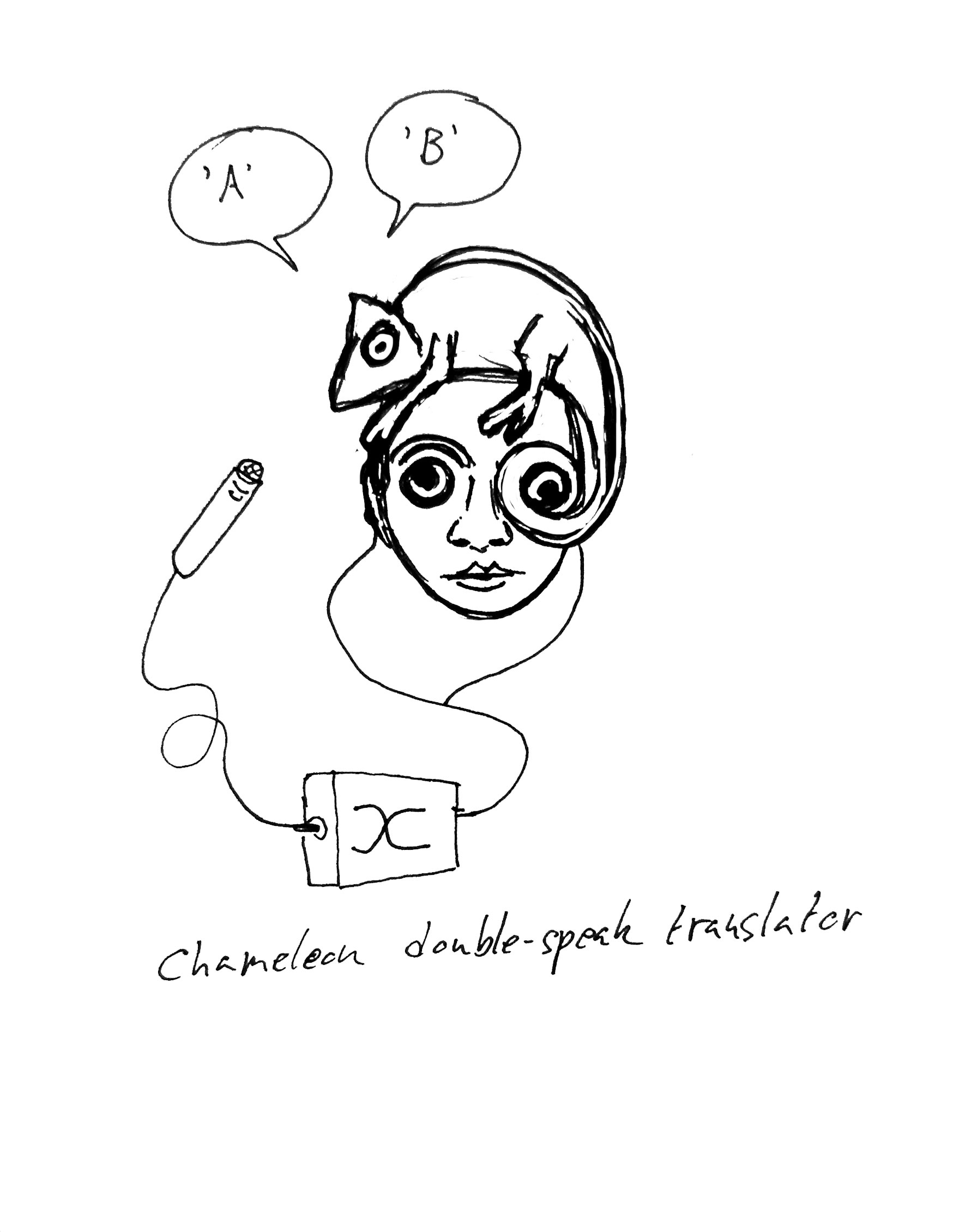 The separate thoughts could have different voices with different height in tone. So if you would want to hear just thought  A, you listen to the lower voice and for thought B to the higher. With the right dedication a device could be invented: a Frequency-ﬁltering-chameleon-translate-computer

Next comes the challenge to be able to hear both thoughts simultaneously. Two people with their translation computer set at different tones could be placed with the chameleon. (Or one multi-tasking woman. It is commonly known women are evolutionary closer related to the chameleon)

Of course, an adequate budget is needed. Taking into account, however, the Dutch government does not even want to fund the scientists anymore who brought a black hole on the map; we should not expect too much there.

And then we are only talking about the translation of two thoughts for now. The chameleonogy is only just in its infancy!