The All-In-One Solution to Global Overpopulation, Pollution, Poverty, Pandemics and their associated Conflicts

The self-reliance of this closable ecosystem also facilitates thorough self- isolation needed during viral pandemics. Reducing the domed city concept and its interrelated systems down to this scale makes sense economically, for simplicity, for safety and for many other reasons. Once mastered, their production can be fully automated to make the creation of ecologically- responsible towns, cities, domed cities, space settlements/colonies, starships, etc.; much less expensive and complex. Applied globally, this easy access to healthy basic necessities reduces the worst forms of: Stress, illness, poverty, pollution, etc. The guarantee of easy access to thrival necessities to everyone, is by far, the most effective deterrent to crimes, wars and most other forms of conflicts.

The humongous amounts of time, energy and resources formerly allocated to fighting these problems could be refocused on the remaining issues, especially overpopulation: Humanity could focus on the mass production of Stanford Torus space stations, which can interconnect to become O'Neill Cylinder space colonies. Building a Dyson Swarm in our solar system will solve all future overpopulation worries. Perfecting a single-family version of the SPACE House, is within easy reach of our current economic and technological capabilities. 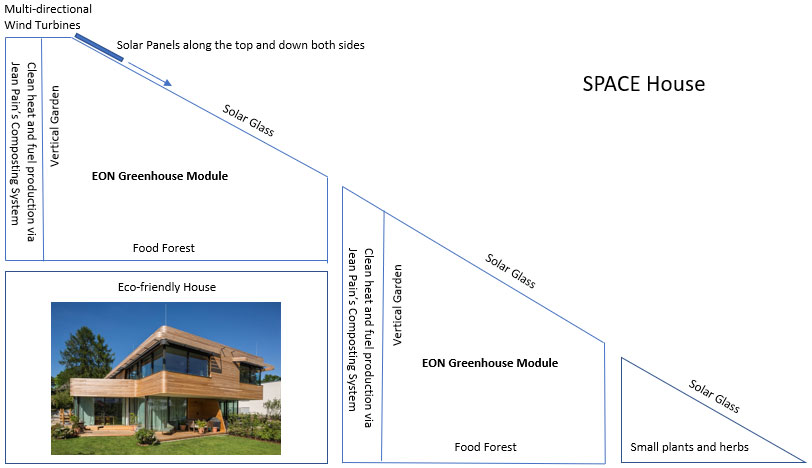