The year is 2057. Rising water levels have made the vast majority of the coast of California uninhabitable. Traditional methods of construction such as with wood have become obsolete as those structures cannot withstand the harsh weather conditions triggered by the warming of the planet. Fresh water is extremely scarce.

In collaboration with the Global People's Republic of China, a new housing project has been introduced on the Island of Santa Cruz, just off the coast of the late Los Angeles, as the first of many prototypes of its kind. 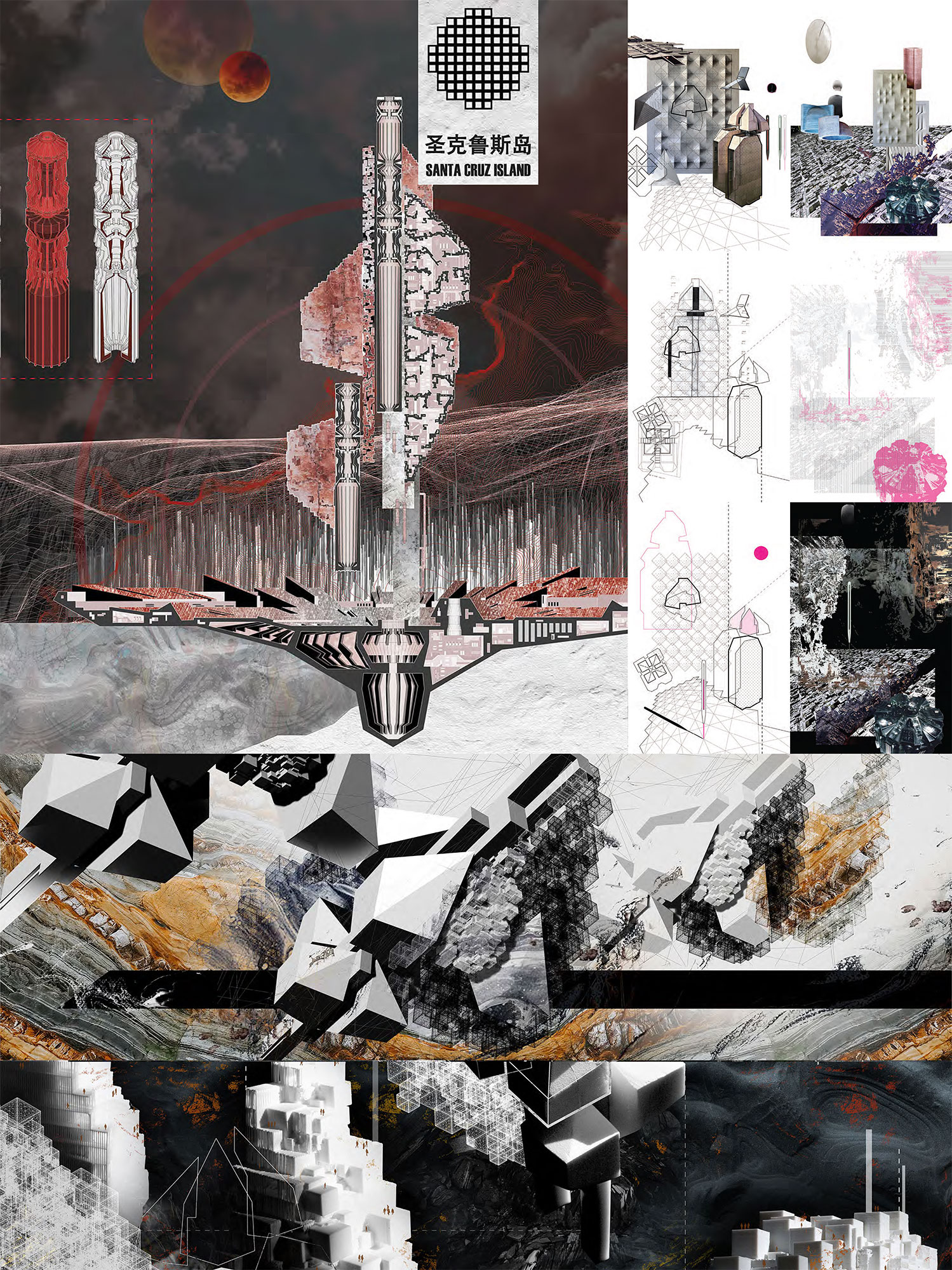 "Living in Salt" is a housing complex with a desalination plant at its core that responds to the growing need for freshwater. As the plant processes seawater, the constantly produced residual salt is then used as construction material for housing units attached to this structural core.

The technology is based on ion electrosorption, which not only removes salts and heavy metals from the water, but can also generate energy from emissions present in the water as ions, turning waste heat into electricity.

The more water is processed, the more construction material and resources are available to welcome a growing number of incoming populations. This process makes “Living in Salt” one of the first of many “self-growing” cities.

A closed ecological system, "Living in Salt" is 100% self- sustaining as it builds itself up from the sea and produces the necessary resources for the inhabitants to thrive.

One of the first prototypes of the industry of desalination is located on the northern banks of the hilly island of Santa Cruz, about 70 miles west of where the now flooded Los Angeles used to be, and at the southern edge of the Santa Barbara Basin. Soon after, many of these urbanizations start growing and invading the coasts of California.