In 2015 to 2017, while the U.S. chairs the Arctic Council, the Anchorage Museum is hosting conversations on issues important to the contemporary and future Circumpolar North as part of our Think Up Here series. Guest curated by Sonya Kelliher-Combs, the Curated Conversations program hosts and documents a number of discussions relevant to northern people and places. These cross-disciplinary, multiplatform conversations pair artists, leaders and scientists to address common misperceptions in and outside the North and foster critical commentary about these issues.

The first two conversations in the Curated Conversations series dealt with issues of representation and food security. The first conversation brought together Indigenous artists from many disciplines and nations who have mobilized to disrupt the power dynamics that govern museological and scholarly representation. This panel included James Luna, Larry McNeil, Emily Johnson, Allison Warden and Da-ka-xeen Mehner. Discussion topics spanned myths of cultural decline to the need for inclusivity in institutional spaces, performance as a fluid and destabilizing practice and photography as a new tradition.

The second conversation brought together Dr. Gary Ferguson, artist Barry Pottle and landscape designer Christie Green to discuss the importance of access to locally sourced foods from medical, community-oriented and artistic perspectives. This discussion of food security and sovereignty focused on the significance of locally-sourced and traditional foods for strengthening wellness and identity.

Sponsored in part by Gana-A’Yoo, these first conversations set the stage for two years of engaging collaboration and discussion. 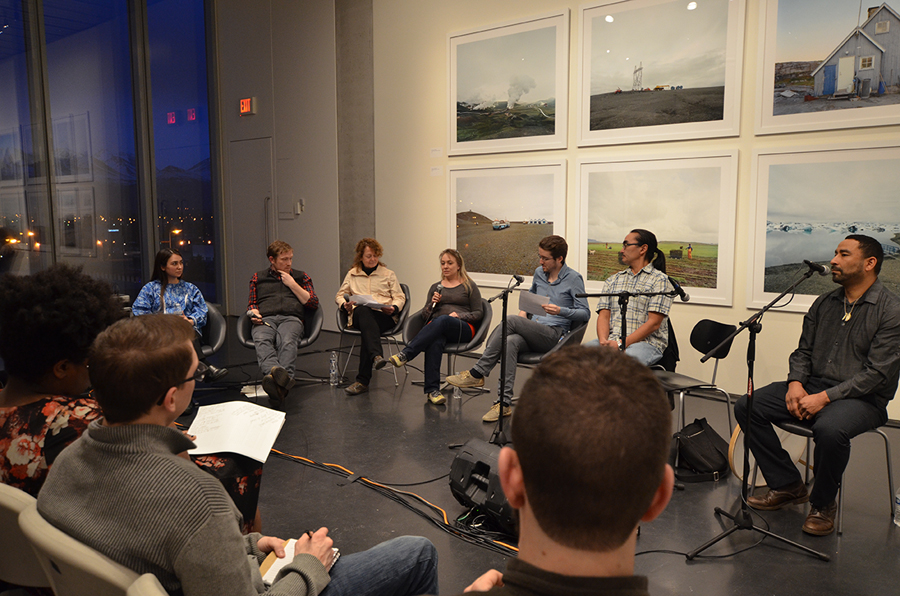 This conversation brought together people from diverse practices — from art to oral history and language preservation — to explore various interpretations and applications of translation and the fluidity of language.

The Anchorage Museum brought Indigenous artists from Alaska to provide a cultural context to the Arctic Frontiers conference in Norway in January, 2016. The museum and the Art Museum of Northern Norway co-presented a discussion on how culture is expressed through art in the Arctic as part of cultural programming offered in conjunction with the conference.

“The Anchorage Museum curates conversations as well as objects, creating opportunities for discussion as a way to bring people together and build community,” says Anchorage Museum Director Julie Decker. “It is important that museums and artists participate at international leadership conferences convened around Arctic issues.”

The museum’s goal is to continue to insert dialogue about culture into the international Arctic policy arena. In addition to traveling to U.S. destinations throughout 2016, Curated Conversations will also travel to Canada in the fall, hosted by the Yukon Arts Centre in Whitehorse. 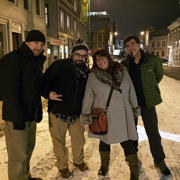 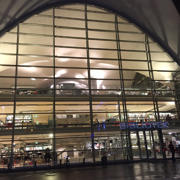 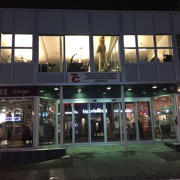 As the Arctic increasingly enters the spotlight of global, political, scientific, and economic activity and innovation, artists across the Circumpolar North are reimagining the “North” as vital, connected and rich in identity. A group of Alaska Native artists working with the Anchorage Museum shared their vision with global leaders at the 2015 Arctic Circle Assembly in Reykjavik, Iceland, in October, 2015.

“It is unprecedented that museums and artists are invited to participate at international leadership conferences like the Arctic Circle Assembly, which has largely focused on law, infrastructure, and commerce in the Arctic,” says Anchorage Museum Director Julie Decker. The Anchorage Museum is bringing Indigenous artists from Alaska to the Arctic Circle Assembly for a discussion of Arctic lifeways from a distinctly human and cultural perspective.

“Artists are adept at conveying the complexity of place and people and at moving away from the black-and-white to a place where conversation occurs,” says Decker. The museum “curates” conversations exploring the relationship between landscape and culture, including participants with multiple perspectives, from artists and Indigenous communities to policy leaders and scientists. Many discussions address common misperceptions of the North. Decker moderated a curated conversation at the Arctic Circle Assembly. The panel brought together Alaska Native artists, performers and writers to discuss the emergence of Alaska’s Northern identity through art and literature, while exploring its connection to the global Arctic within the context of science and research.

“Northern museums like the Anchorage Museum have important roles to play as conveners, to curate and create conversations, to raise awareness,” says Decker. “At this conference, we stand among policy makers, business leaders and scientists. We are advocating for a genuine voice of the North.” 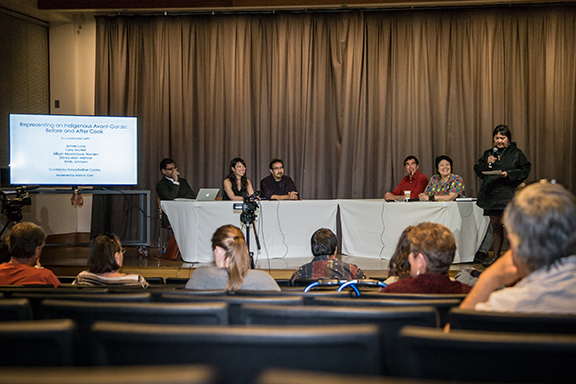 Sonya Kelliher-Combs introduces the first Curated Conversation on June 14, 2015 at the Anchorage Museum.

James Luna: “I was born and grew up in a TV, not a teepee”

Since James Luna’s Artifact Piece, indigenous artists from many disciplines and nations have mobilized to disrupt the power dynamics that govern museological and scholarly representation. It was no surprise then that in addition to Luna, the “Curated Conversations” panel on June 14 at the Anchorage Museum included Emily Johnson, Allison Warden, Larry McNeil and Da-Ka-Xeen Mehner, all of whom engage different yet related strategies for activating space, body and image.

Artifact Piece set the bar high for interventions in museums. In 1987, Luna installed himself in a display case at the San Diego Museum of Man, as the artist said on the June 14, 2015 panel at the Anchorage Museum, “in response to our representation as artifacts” in institutional spaces where indigenous peoples have so often been represented without a present, frozen into a past history. Building on the ongoing legacy of this work, Luna called for an inversion of the notion of representation by turning attention to the histories being written in the present and the ones not heard within the institution’s walls.

From the generation that followed Artifact Piece, Da-Ka-Xeen Mehner discussed the limits and absences in a static notion of “tradition” that comes from the romantic expectations placed on indigenous peoples. When asked how his core medium of photography fits into questions of tradition, Mehner replied, “The work that I am doing is part of a tradition, it is a contribution to my culture.” While “tradition” acknowledges pasts, it is also, confidently, now.

All of the artists responded to the dichotomous way of speaking about “tradition” and “contemporary,” but Emily Johnson most succinctly discussed processes of transformation and movement that disrupt such a framework. For Johnson, the body in motion is just a part of the world in motion. She immediately drew the audience’s attention to the movement and change that surround us: “Watching wind move through trees, or watching traffic … that to me is watching dance.” In turn, she characterized her own work not as “representing” her life, but “work that comes through my life.” With dance as a framework for constant transformation that refuses to stabilize, intervention immediately opens up for exchange, conversation and partnership.

Such a holistic engagement with place and a desire for connection characterize Allison Warden’s work as well as her participation in the panel. “I’m making everyone Iñupiaq!” the artist declared, cultivating inclusivity and hospitality, while also setting the stage for transformations that can create new exchanges between the past and the future. This need for connection is one of the “soft spots” Warden seeks out, points of vulnerability that need to be engaged.

The creativity needed to activate those hidden vulnerabilities is likewise needed within the walls of the institution and the forms of representation that have preceded it, as Larry McNeil pointed out. In one of his most recent projects McNeil turns his attention to a photograph presented with the air of cultural decline by Edward Curtis titled Vanishing Race. McNeil reappropriated this icon and replaced the lost context by titling it First Light, Winter Solstice. As the artist discussed, this returns the context to one of “rejuvenation and renewed life.” These outstanding artists brought the museum into a new perspective. Their conversations modeled the collaboration that is replacing the old framework, and making the museum into a space of creation and transformation. Not a bad start for a year’s worth of “Curated Conversations,” the beginning of a larger conversation that won’t stop anytime soon.