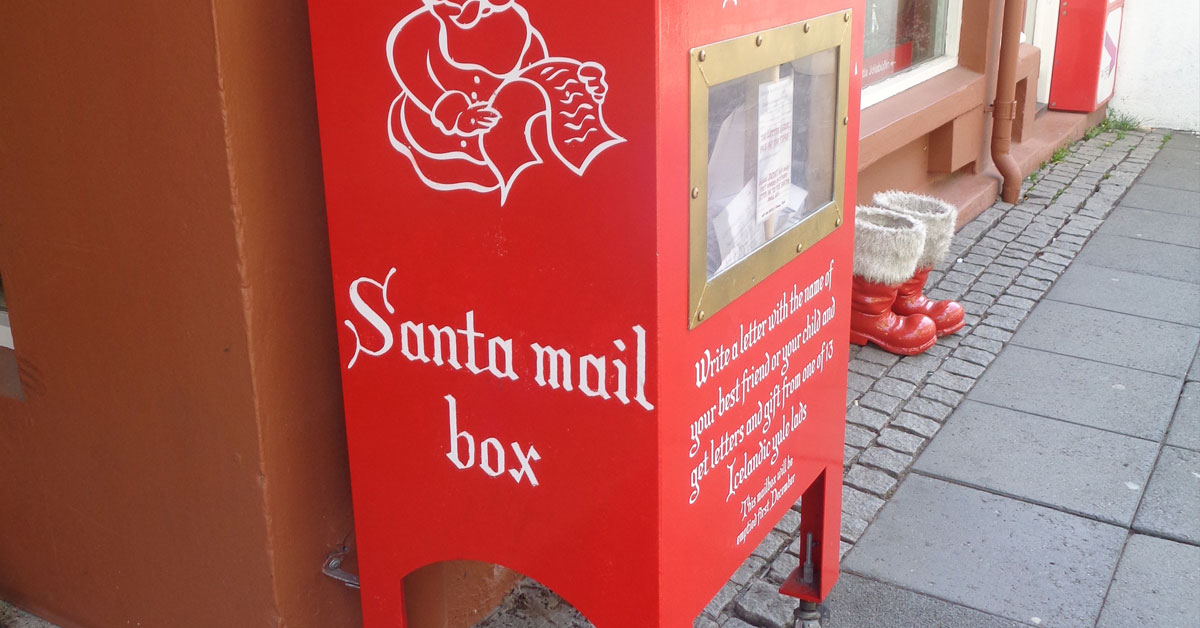 Santa Claus is perhaps the most internationally well-known Northern figure besides the polar bear. Almost everyone knows, whether they celebrate Christmas or not, that Santa Claus lives at the North Pole. A discussion about Santa Claus is important in any exploration about representations and evolutions of the North because he is a gateway figure, which introduces generations of children around the world to the North. Stories and the mythology surrounding Santa help to define many early conceptualizations that people have about the region.

Two high-profile ways that Santa Claus has become part of contemporary discourse about the North include the quintessential representation of the universalness of the North and as a political pawn in geopolitics and boundary marking.

Santa Claus as a Representation of a Universal North

It would be a stretch to argue that anything malicious is intended by the idea of Santa Claus, either on representations of the North or toward Indigenous peoples living there. Regardless, the idea of Santa Claus and the narratives and iconography associated with him do indoctrinate a very clear set of ideas about the North; both in terms of what the North is like and, more implicitly, what is excluded.

The modern-day representation of Santa Claus and his elves at the North Pole, surrounded by a sea of pristine white snow and ice isolated from the world, are universally known and loved. Throughout the world, children write letters to Santa Claus every year asking for presents at Christmastime. So prominent is this tradition that in the Arctic states, for example – Canada, Kingdom of Denmark, Finland, Iceland, Sweden, Norway, Russia, and United States[i] – it is not uncommon to come across large mailboxes dedicated solely to receiving these letters. 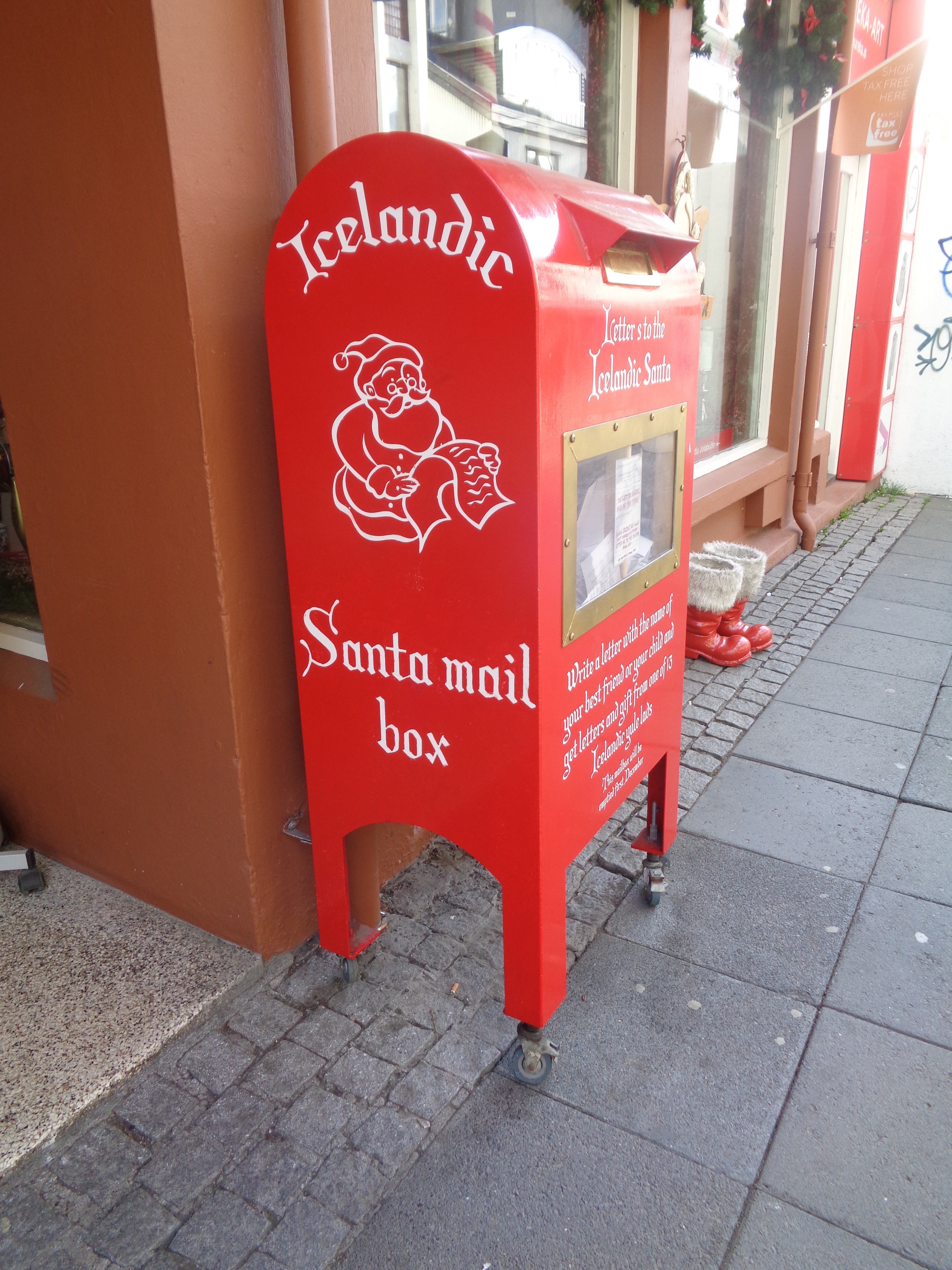 The image Santa Claus himself is of a jolly-looking white man with rosy cheeks, white beard, kind eyes, and a red suit, which was made famous by the Coca-Cola Company in 1931. According to the Coca-Cola website, the image of Santa Claus originally created by artist Haddon Sundblom for their advertisements was so recognizable that:

“People loved the Coca-Cola Santa images and paid such close attention to them that when anything changed, they sent letters to The Coca-Cola Company. One year, Santa's large belt was backwards (perhaps because Sundblom was painting via a mirror). Another year, Santa Claus appeared without a wedding ring, causing fans to write asking what happened to Mrs. Claus.[ii]

The images of the North Pole and Santa Claus, such as those of Coca Cola, have had a lasting cultural impression. They also, however, play into and reinforce classic tropes about the North and the Arctic: pristineness, isolation, emptiness, white men in the North, and Indigenous peoples quietly written out of the story.

The interactions with the Santa Claus iconography and narratives teach children about what the North is, in very general terms, from an early age. There is nothing inherently wrong with the tales of a kind soul who rewards good behavior. At a very simple level, however, the iconography and narratives also perpetuate the deeper social disconnect that have persisted since colonial times in representations of the North: “European-based romanticized stories of mystery and pristine wilderness…often marginalized, demonized or inadvertently ignored Indigenous peoples” and this has been an issue throughout the Arctic region.[iii]

The mainstream Santa Claus iconography and narratives leave the peoples of the region out of its most prominent and, perhaps, most influential stories about their homelands. So, while Santa Claus is a universal figure who helps to define what the North is in the minds of children around the world, it plays a subliminal role in reinforcing centuries old issues of Indigenous peoples’ marginalization.

The current limitations of notions and imagery of Santa Claus does not mean that ideas of Santa Claus need to be made faux pas in society. Rather, their popularity and universal resonates presents an excellent gateway to build upon ideas of the North. The yearly retelling of Santa Claus stories in movies, television shows, poems, and imagery are an opportunity to further integrate Indigenous peoples’ culture, history and presence into representations of their own homelands as a means of re-educating the world about their presence and importance in the North.

Santa in the Debate over the North Pole

Despite not being a real person, Santa Claus has also found himself mired in the geopolitics of the North. While many of the Arctic states claim to be the home of Santa Claus, with Finland and its Santa Claus-themed Lapland tourism being a very prominent example[iv], it is three Arctic coastal states – Canada, Russia, and the Kingdom of Denmark (because of Greenland) that have made legal claims to the geographic North Pole. These claims are part of the United Nations’ Law of the Seas; continental shelf extension bids:

According to article 76 [of the Third United Nations Convention on the Law of the Sea], the coastal State may establish the outer limits of its juridical continental shelf wherever the continental margin extends beyond 200 nautical miles by establishing the foot of the continental slope.[v]

Canada, Russia, and the Kingdom of Denmark all claim that their continental shelves extend to the North Pole. As the scientific data to support these claims is still be collected and assessed, the formal side of the scientific evaluations and whatever resulting suggestions, bilateral and trilateral negotiations amongst the players have yet to commence.

The media debate over the North Pole became an international sensation when a mini-Russian submarine planted a Russian flag on the North Pole’s sea floor in 2007.[vi] An interesting dimension of this debate is that Canada’s response to the continental shelf and North Pole debate was to bring Santa Claus’ nationality into the discussion.

In 2008, the Government of Canada felt that is was necessary to declare that Santa Claus is Canadian.[vii] To the outside world this had to seem like a strange and, arguably, silly way for a government to act; Santa Claus is not real! It makes sense, however, in a very Canadian sort of way that the Minister of Citizenship, Immigration and Multiculturalism at the time, Jason Kenney, and the former Prime Minister, Stephen Harper, felt that this was something Canadians would understand and support.

Much like Russia’s titanium flag-planting stunt, Canada’s equally symbolic declaration of Santa Claus’ nationality gained a lot of media attention. In that respect, Canada did its own version of flag planting; a symbolic move meant to make a clear and simple point to both national and international audiences about Canada’s claims to the North Pole.

The idea that the North Pole is Canadian dates back generations to the early 1900s. It is directly linked to representations of Canada’s North on government maps with boundaries drawn on these maps using a method called sector theory which were never legally claimed. The application of sector theory in the Canadian North resulted in lines being drawn from the most westerly and easterly points of Canada’s mainland up to the North Pole and these official representations of Canada’s Northern Territory up to the North Pole have had a profound impact on Canadian conceptualizations of how far Canada’s territory extends.

This debate over Santa Claus and the North Pole continued over the next seven years. As part of this debate, in 2013, the Canadian government started to catch national and international headlines claiming that it was going to “defend the North Pole and Santa Claus” against Russia’s increased military presence in the Arctic.[viii] Within Canada, the debate quickly accelerated with the then governing Conservative Party causing headlines claiming that “the Liberals…[were] abandoning Canada’s claims to the North Pole and to its most famous inhabitant – Santa Claus.”[ix]

Santa Claus’ nationality is the Canadian titanium flag. Within Canadian national politics to be seen as against Santa Claus’ nationality comes across as being against Canadian Arctic sovereignty and regardless of how strange it may seem to give citizenship to a character that does not exist, there is little to be gained by arguing logic on this subject. Santa Claus is symbolically representative of Canada’s national sovereignty in an area were other international players debate its claims. Fighting against the citizenship of Santa Claus within Canadian politics comes across as fighting against your own side in a broader international dispute.

Whether Santa Claus is capturing headlines as a universal symbol of the holiday season and the North or as a pawn in geopolitics, he is a character that most recognize. This viability makes Santa and the narratives surrounding him potentially valuable tools to broaden Northern imagery and push against marginalization of Northern peoples. At the same time, Santa can be an easy character for nation-states looking to grab international headlines in regional disputes. Either way, Santa is a quintessential representation of the North and any exploration of representations and evolutions of the North would be incomplete without accounting for his contribution to the discourse about the region.

[v] United Nations Division for Ocean Affairs and the Law of the Sea. n.d. “Commission on the Limits of the Continental Shelf (CLCS): The continental shelf.” http://www.un.org/depts/los/clcs_new/continental_shelf_description.htm