A man Hugging an Iceberg 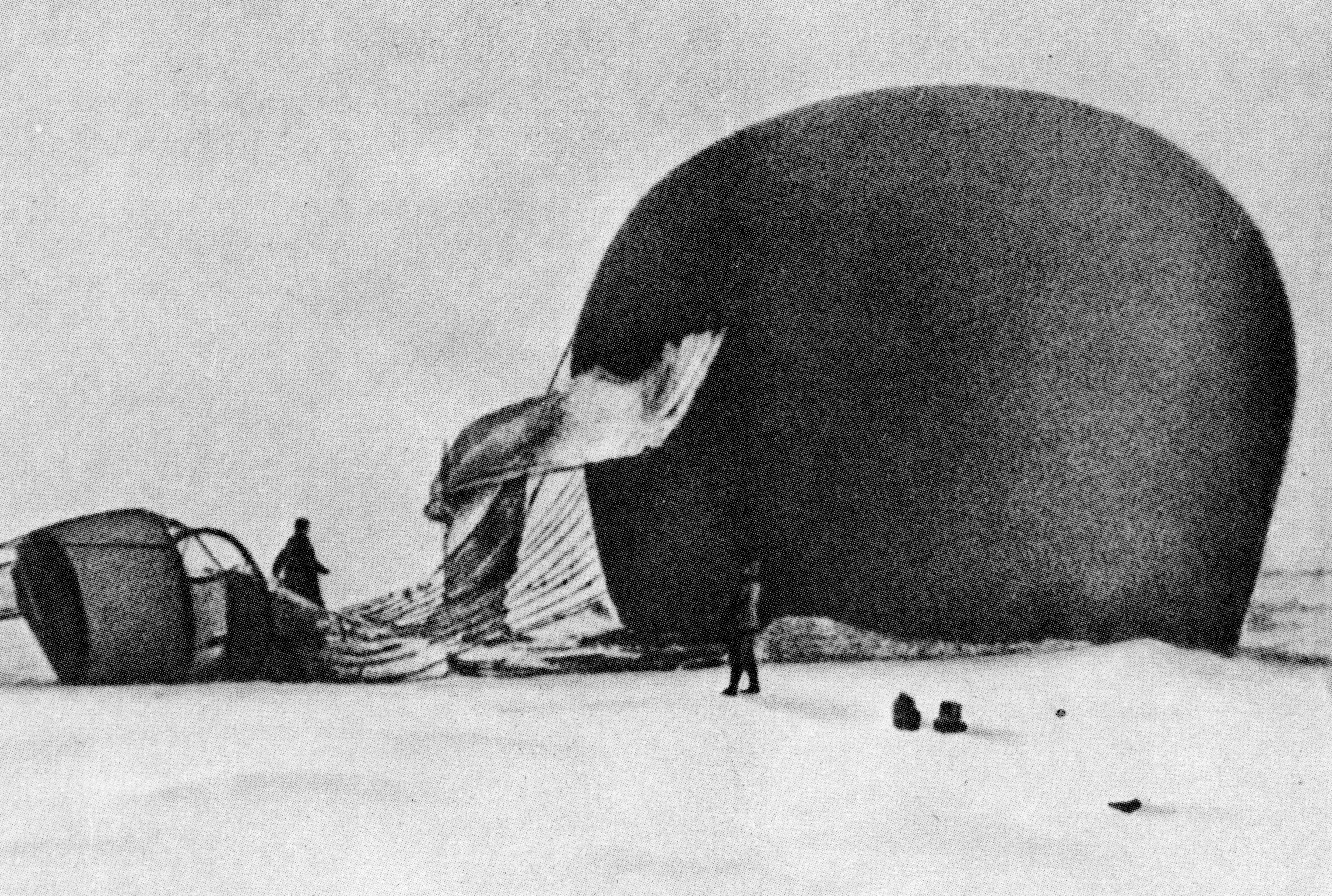 Danish artist Olafur Eliasson sits on a large stage at the Royal Danish Library in Copenhagen, engaged in conversation with Paul Holdengräber from the New York Public Library. In front of them, an audience of 600 people listen attentively. Behind them is a huge image of a man leaning in on a vast block of ice, hugging it with great tenderness.

“The guy in this picture is an ice hugger!” says Olafur Eliasson to Paul Holdengräber on this spring evening in 2017 as the picture of the ice-cradling man comes up. “The ice is so incredibly beautiful and affecting to look at that most people are seized by a sudden urge to hug it.”

The picture being discussed by Eliasson and Holdengräber was taken in Paris in November 2015 when Eliasson teamed up with Greenlandic scientist Minik Rosing to create ICE WATCH: a work consisting of a clock-shaped circle of blocks of ice in front of the Panthéon. The ice melted away as the diplomats inside negotiated the United Nations’ historic agreement at the Paris Climate Change Conference, COP21. Eliasson’s and Rosing’s intention was to engage with the people of Paris, helping them understand in just four seconds what the United Nations had spent four hundred pages describing in the report that formed the starting point of the conference.

It was this aspirational vision that made Olafur Eliasson and Minik Rosing two of the key figures involved in the ambitious transatlantic library initiative Arctic Imagination, which took its point of departure in a single question: What do we do when the Arctic ice disappears?  Over the course of 2017 and 2018, the great national libraries in New York, Copenhagen, Stockholm, Oslo and Nuuk presented a range of events, readings, live conversations, video statements, and exhibitions based on the library collections. Climate change scientists, activists, and diplomats had struggled with this issue for years. It was time for the libraries to enter the arena. For what better place to envision our future than in the very places where our past is preserved?

Figure 1. Danish-Icelandic artist Olafur Eliasson poses beside his art installation "Ice Watch" made with parts of Greenland's ice cap, on display in front of the Pantheon in Paris on December 3, 2015. The installation is part of a project presented during the World Climate Change Conference 2015 (COP21), the United Nations conference on climate change taking place at le Bourget, on the outskirts of Paris, from November 30 to December 11. [Photograph]. (2015). Ric Feferberg/AFP via Getty Images

The Arctic: A Metaphor For Framatic Change

By delving into the past, we, as large libraries and institutions, wanted to look to the future. We wanted to progress further than the familiar dystopian and utopian scenarios. To progress further than scaremongering or flat-out refusals to accept reality. We wanted to make the prospect of the disappearing ice relatable on an emotional level, based on the position that it is almost impossible to fully understand that the untouchable, unchanging Arctic ice wastes are vanishing. We believed that we needed new ideas and images to help us properly comprehend that an entirely new sea will arise when the Northeast Passage between Europe and Asia opens up. A new sea! This is unprecedented in human history. A dizzying thought. We wanted to point out how the Arctic, which has hitherto represented untouchable permanence, the place where time stood still, is now becoming a metaphor for dramatic change that challenges our entire thinking and outlook on the world. We asked artists and writers to think along with us. The language of science needed to be translated, become relatable, allowing perfectly ordinary people to understand the message. The alliance with sculptors, painters, actors, photographers—with people used to conveying thoughts and ideas in very different registers—was crucial. The artists’ symbolic language would help us grasp what is happening to our planet on an emotional level. And it could also help us bring out some moments of hope and faith, suggesting that we might yet be able to build a new social and societal structure. That we can make it through and emerge on the other side.

At a time when “fake news” was everywhere—when actual facts where seriously challenged, when information was politicized and discussing statistics was no longer comme il faut in the United States and elsewhere—libraries became more important than ever. This made libraries, the places that hold information about nature as it once was, an obvious venue for presenting ideas about what nature would be like in the future. What would emerge from under the ice? In Greenland, this seemed likely to be something as grimly prosaic as radioactive waste that we once believed would remain embedded in ice forever. On the North Pole we would simply find more and more water. And what about the new sea? How would this transformed landscape change our worldview? World trade? Geopolitical interests? Would Iceland become a new Singapore? Might parts of Greenland become arable? Were we currently looking at the very last generation of traditional Inuit hunters because the landscape was changing too much for this ancient culture to survive? And what would happen to our world of ideas when our past fantasies and idealized notions about all things Arctic were overtaken by this too-insistent reality in which a truly ancient symbol, the ice, would vanish?

The libraries’ many treasures conveying the history of man’s relationship with the Polar regions formed the springboard for the artists’ reflections on humanity’s struggle to define the melting Arctic. Maps, photographs, diaries, travelogues, letters, all of them testifying to mankind’s indefatigable urge to explore and define this blank, white spot on our planet, to map the unknown—the library collections also chronicled the story of how the northernmost point of our planet, the North Pole, and its environs used to be a site that simply had to be conquered and possessed by man and how the very remoteness of these places made the Arctic (and the Antarctic) the most extreme periphery imaginable. Over the course of the project, literary scholars pointed out how nineteenth-century literary fiction would also often use the North Pole as an empty space in which fantasies about transcendence and forbidden territories could be played out and how nineteenth-century fiction tended to portray the Arctic and the North Pole as highly desirable places.  We saw how the current ideas about the North Pole are about the fear of losing it, whereas in the nineteenth century it was the idea of conquering the area that conferred special status onto it.  The New York Public Library and the Nordic libraries both had plenty of materials demonstrating that prior to American explorer Robert A. Peary’s claims to have reached the geographic North Pole in 1909, countless Arctic expeditions had attempted the same feat, always with death as their travel companion. The urge to reach the place seemed almost incomprehensible in view of the dangers faced by the members of those expeditions. However, the prestige and heroic status associated with simply having the courage to go was part of the impetus to conquer this virgin, but perilous territory.

The Libraries As Time Machines

At the Royal Danish Library in Copenhagen, we were able to show how things ended disastrously 100 years ago when explorer Knud Rasmussen made a fateful journey on his second Thule Expedition in Greenland. Two participants lost their lives during a grueling trip along the Polar Sea to Independence Fjord, the purpose of which was to complete the Denmark Expedition’s mapping of northern Greenland: Greenlandic participant Hendrik Olsen vanished without trace while out hunting, and Swedish botanist Thorild Wulff died of fatigue on the return journey to Thule and was left on the ice. The tragic outcome of this expedition clearly demonstrated the strong, even insurmountable forces of nature faced by those who sought to enter, understand, and chart these wildernesses a hundred years ago and how dangerous they were for even highly experienced, strong and indigenous men. The Arctic was a deadly opponent. This century-old image served to offset present-day realities, clearly conveying how shocking it is to find that the ice is now melting at breakneck speeds and that politicians, activists, environmentalists, and diplomats are all fighting to protect what is now a fragile landscape that vanishes before our eyes.

In the Artic Imagination project, our libraries in New York, Nuuk, Copenhagen, Stockholm and Oslo appeared as a kind of time machines. They were “knowledge banks”, as Olafur Eliasson called them; vast archives of stored information that allowed us to go back in time along pathways that had already been trodden. But that was not all: the libraries’ store of knowledge also became the springboard for traveling into the future. In this project, the vast, venerable institutions wrestled their way out of their traditional role as mere depositories of knowledge. Thanks to our many live performers’ keen appetites for commenting on the collections and the materials we showed to them, the libraries took on a proactive role, actively helping to generate new ideas.

“It’s about endings,” was American artist Laurie Anderson’s response to the incredible pictures from the Swedish André Expedition. Those photographs relate the story of how, in 1897, a team of Swedish adventurers headed by Salomon August André sought to reach the North Pole in a hot-air balloon. A perilous expedition where everything that could possibly go wrong did indeed go wrong as the explores perished amidst the snow and ice after having left the wrecked balloon—partially sedated by the morphine brought along for the trip. Other expedition members disappeared altogether, possibly falling prey to polar bears. The photographs were not found until 33 years later, when they were discovered by a Norwegian expedition. Today, the startling photos of the wrecked air balloon are housed at the Royal Library in Stockholm, Sweden. Presented with those pictures, Laurie Anderson said: “Some people define tragedy as the situation in which everyone is doing what they have to do, but everything is going horribly wrong; all the actors can clearly see the catastrophic destruction up ahead, but no one is able to change their behavior to avoid it. Its terror is its inevitability.”

The old photographs of the balloon, strangely foundered in the white landscape, marking the end of the trip, the end of the dream, and the end of the travelers’ life, prompted Anderson to say: “People are beginning to talk about endings—the end of the world. Speculating about the collapse of the United States; the demise of civility and the breakdown of social structures; melting, flooding, drought. But there’s something about the end of stories that is almost impossible to articulate. On the other hand, we’re the first people in the history of the world who can see it coming—who can measure the rising tides, the rising temperatures, imagine our own cataclysmic demise. There is no precedent for that.”

One of the key questions raised during the Arctic Imagination project was how do we enter and engage with something when we don’t know what it is?  Let us return to the picture of the man hugging a piece of ice in Paris – the picture of the man hugging Olafur Eliasson’s and Minik Rosing’s work of art. It is a moving gesture. It is a human embracing a changing world and a work of art. It is a human simultaneously embracing nature and culture. Perhaps the realm of art and culture must produce the new ideas, insights, realizations, images, and creative forces that will actually turn our behavior around. At the very least, they may foster a sense of awareness—and feelings that will ultimately spur us into action so that culture no longer destroys nature, but saves it. We will no longer speak of ends, but spy a new beginning.