Produced during the inaugural Alaska Native Filmmakers Intensive, Stories for Climate Justice presents a selection of films examining how Indigenous Alaskans are responding to the impacts of climate change on their homelands and communities.

Climate change is experienced in different ways across Alaska, and its impacts are felt disproportionately by Indigenous communities, particularly in the Arctic. Stories for Climate Justice presents a selection of films examining how Indigenous Alaskans witness and respond to the impacts of climate change on their homelands and communities.

Participants in the inaugural Alaska Native Filmmakers Intensive live across Alaska, and their films engage with locations near and far—from St. Paul Island to Fairbanks, from the shrinking glaciers of Southeast Alaska to the drought-ridden deserts of the southwestern United States. Each filmmaker examines the interconnection between their own personal histories, issues impacting their communities, and generational connections to place as they reflect on their relationship with the lands and waters of Alaska.

Indigenous filmmakers practice narrative sovereignty when they tell their own stories rooted in cultural knowledge, and often directly to their own communities. By centering Indigenous voices and concerns, more-than-human kinship, and intergenerational knowledge shared through oral history, these films present an alternative to dominant narratives of climate change typically shown in mainstream media. It is essential that Indigenous communities have platforms to share the impacts of climate change on their cultures, communities, and lands, and that these perspectives are integrated into our understanding of—and fight against—the climate crisis.

The Alaska Native Filmmakers Intensive, a partnership between Native Movement and the University of Alaska Fairbanks Department of Theatre and Film, aims to expand access for Alaska Native creatives in digital media production. 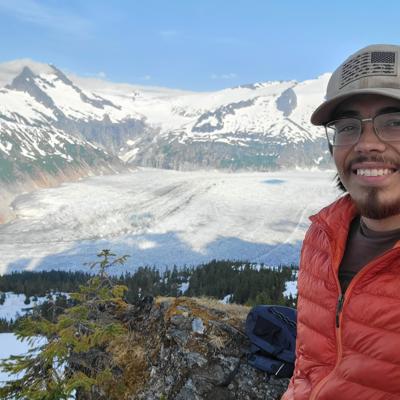 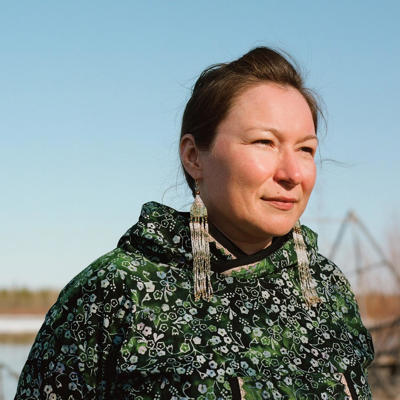 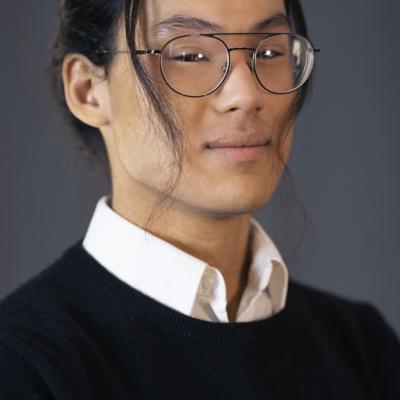 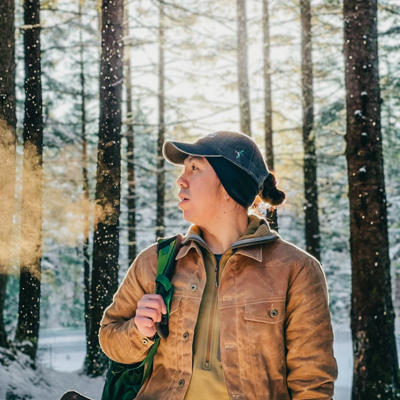 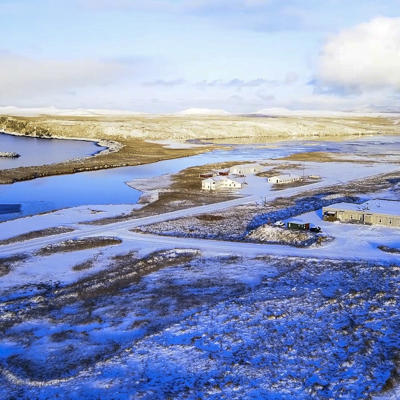 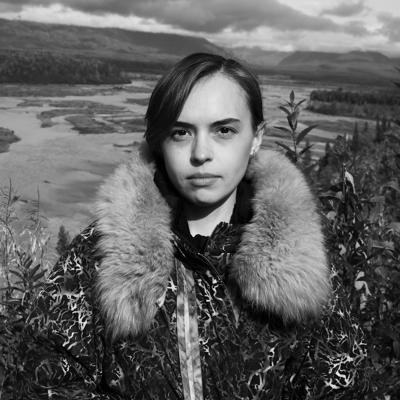 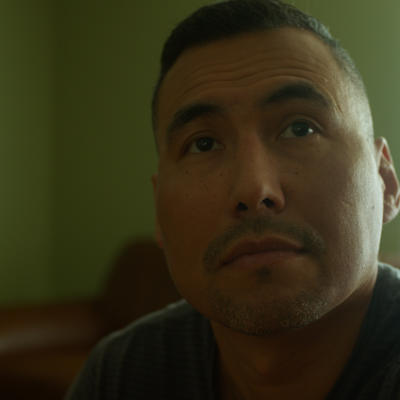 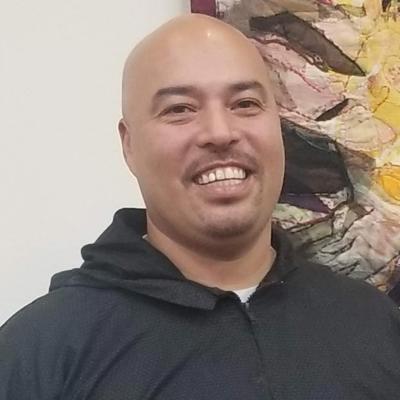 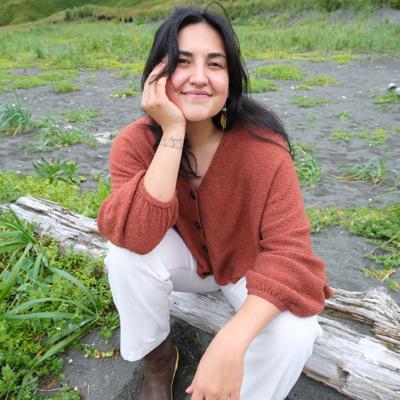 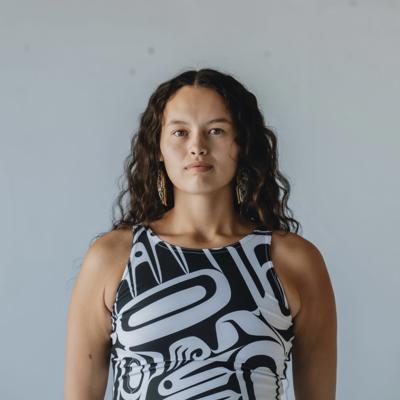 Dante S. Bonaccorso is one of the filmmakers featured in “Stories for Climate Justice.” He was born in Juneau, Alaska, in 1998. He is a Tlingit eagle of the Dakl'aweidi killer whale clan. His family is from Klukwan and Deishu, Alaska. After graduating high school from Juneau-Douglas High School in 2016, he spent several years in New Mexico and California as a construction worker and farmer. Since making his way back home to Deishu and Klukwan, he has been learning about his family history, culture, and language—knowledge that is shared in his film.

Eva Dawn Burk is one of the filmmakers featured in “Stories for Climate Justice.” To restore her Denaakk’e (Koyukon) and Lower Tanana Dene’ Athabascan traditional harvesting practices, Eva Dawn is returning to a semi-nomadic lifestyle, living in relationship with her family’s ancestral lands and waters. To help make this transition, she spent the last few years volunteering and working for her village of Toghotthele (Nenana) as a Wellness and Culture Camp Leader, Fisherwoman, Cook, and Laborer. She is a research assistant and is working on a Master of Science in Natural Resources and Environment with a focus on “Healing Through Food and Culture.”

Eva Dawn is dedicated to improving food sovereignty and security and community well-being through maintaining traditional lifestyles, advocacy, and opening educational spaces on ancestral lands. Her short film “When We Eat, We Heal” focuses on returning to the land to seek healing through harvesting and spending time with family processing and preparing traditional foods such as Noya’a (beaver). Family tragedies and ecosystem collapses affect her family’s ability to fully maintain their traditional harvesting practices. She sings a grieving song to honor her late brothers and encourage others to spend time on the land. When you are connected to the land, you understand its pain and work harder to protect it.

Rodney Evans is one of the filmmakers featured in “Stories for Climate Justice.” He is a multimedia artist based in Fairbanks, Alaska. Specializing in photography and video productions, he has built a name for himself doing freelance work and taking part in various school-sponsored contests. He is from the traditional Yukon River village of Rampart, Alaska, and is of Koyukon Athabascan, Inupiaq, and Gwich’in descent. Sharing his Alaskan Native heritage is his passion. He loves to spend his free time taking photos, producing vlogs and short films, fishing, hiking, working out, or just hanging out with his friends and family. Today, he primarily works as a freelance photographer and video producer. His work focuses on natural light, portrait, and event photography, as well as short film production, corporate video production, documentary filmmaking, and event live-streaming.

Shak'shaani Éesh / Konrad Frank is one of the filmmakers featured in “Stories for Climate Justice.” He grew up on his father’s land, of the l'eineidi, in Áangoon. He is Kaagwaantaan of Ch'áak Kúdi Hít and currently resides on his great grandfather’s people's land of the áakw ḵwáan. His goal is to bring more representation of Indigenous people to the media world, which includes photography and film, “where our own people will feel more seen in spaces we were originally unintended to occupy.”

Gregory B. Fratis is one of the filmmakers featured in “Stories for Climate Justice.” His film considers the very clear signs of climate change on St. Paul Island, Alaska— from disappearing ice packs and shore erosion to the decline of seabird and fur seal populations. Despite feelings of helplessness, he is committed to helping the place he calls home.

Still from “St. Paul Island Alaska: Climate Change,” 2021, on view in the Circumpolar Cinema galleries on the second floor through Winter 2023.

Erin Ggaadimits Ivalu Gingrich is one of the filmmakers featured in “Stories for Climate Justice.” She is a Koyukon Athabaskan and Inupiaq carver, painter, and beadworker whose work connects with the historically traditional beliefs of her ancestors on the value of our natural environment as gifts gathered from the land. A childhood spent across the state of Alaska imposed a personal impression of Alaska’s biological diversity, mixed with experience of Alaska’s sacred subsistence life ways, the true value of our state's ecosystems are immeasurable, and a gatherable gift that was cared for by our ancestors. To establish these beliefs, Erin’s work explores representations of these resources that make our environment unique through carved, painted and beaded sculptural mask forms. Erin’s family connections are to the communities of Nome, Nulato and Utqiagvik and she currently lives, works, and subsists on the Denaʼina Homelands of Anchorage and Cohoe, Alaska.

James Johnson III is one of the filmmakers featured in “Stories for Climate Justice.” He spent several years as an Indigenous evaluator before transitioning into filmmaking and videography. He holds a certificate in Rural Human Services and BA in Sociology, both from the University of Alaska Fairbanks. In 2021, James worked as an editor on “Diiyeghan Naii Taii Tr’eedaa” and as DP and editor on another (yet to be released) commissioned short film project. He also worked on two additional film projects as a crewmember for MTV and the Alaska Native Heritage Center. Outside of his career, James enjoys spending time with his family, learning new technologies, playing guitar, and growing other skill sets. As a lifelong learner, he is always looking for ways to better himself, refine his editing and cinematography skills, and to make positive contributions to the world around him for the next generation.

Terry Mann is one of the filmmakers featured in “Stories for Climate Justice.” He is originally from Kokhanok, Alaska, and currently lives in Dillingham, Alaska, which is in the same region. He is an aspiring independent filmmaker. He has a beautiful family that commercial fishes in the summer and subsistence fishes and hunts all year long. His film is about the caribou and industry with his personal experience about what happens when companies come in and start using the land, and what happens to a migratory animal like the caribou.

Kanesia McGlashan-Price is one of the filmmakers featured in “Stories for Climate Justice.” She is an Unangax̂ creator from Iluulux̂ [Unalaska, AK]. An aspiring writer and videographer, Kanesia hopes to center her work on amplifying Indigenous voices in the region.

Brittany Woods-Orrison is one of the filmmakers featured in “Stories for Climate Justice.” She is a Koyukon Denè woman from the village of Rampart, Alaska, along the Yukon River. Brittany attended Mt. Edgecumbe High School in Sitka, Alaska, then went to Menlo College in Bay Area, California, where she earned a psychology degree while wrestling for the women's program. This was followed by a short career in culinary before choosing to live nomadically for a year. In 2022, Brittany finally moved back home with her career as a Broadband Specialist for Alaska Public Interest Research Group and Native Movement.

Stories for Climate Justice is made possible, in part, with support from the following sponsors: