Alaska and Russia are intimately connected by land and history but are also distant — separated by water, language, war and politics.

Ridiculed by Congress and the press as Seward’s “ice box” and President Andrew Johnson’s “polar bear garden,” the 1867 purchase of Alaska from Russia was controversial at the time.

The U.S. purchased Alaska from Russia for less than two cents an acre, or $7.2 million. Opponents to the purchase called it “Seward’s Icebox,” Seward’s Folly,” and “Polar Bear Garden”

Today, ice, ambition, oil and commerce continue to define the complex relationship between Alaska and Russia. Talk abounds of Russia claiming for itself both Alaska and Crimea; of a bold Russian-led transcontinental railway project linking Siberia with North America; of traversing the Bering Strait through what could become the world’s longest tunnel. Alaska and Russia’s northern regions share more than propaganda; they are known for record cold, fur, ice cream, huskies, and the hardiest and most adaptable of people.

Objects in the exhibition include the historic treaty and the purchase check, on loan from the National Archives, as well as Balto*, the Siberian husky who led his team on the final leg of the 1925 serum run to Nome. Balto and his story is contrasted with the story of Laika, the Soviet space dog.

Archival and contemporary photographs combine with nesting dolls, cartoons, feature-length films, and Cold War propaganda to take viewers on a journey between Alaska and Russia since the purchase — exploring stereotypes, language, storytelling, boundaries and crossings.

Note: Balto has returned to the Cleveland Museum of Natural History. 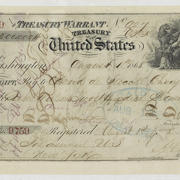 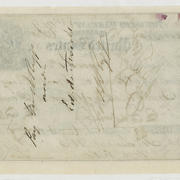 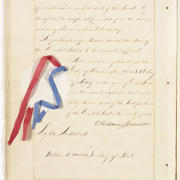 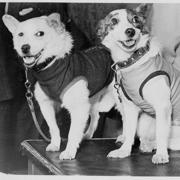 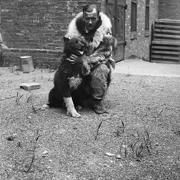 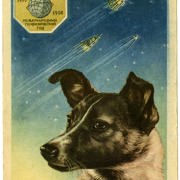 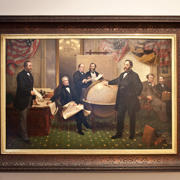 Treasury warrant for purchase of Alaska

Treasury warrant for purchase of Alaska (back)


Russia used stray dogs for space exploration during the Cold War when competition was fierce between the United States and the Soviet Union. Alaska and Siberia both claim iconic dog breeds, including huskies, malamutes and mixed breeds. Each has its famous members, like Balto, who led the 1925 serum run to Nome and Laika, the Soviet space dog who launched aboard the Soviet space craft Sputnik 2.


Balto was a Siberian husky known for leading a sled dog relay team during the 1925 serum run to save Nome from a diphtheria epidemic. Alaska and Siberia both claim iconic dog breeds, including huskies, malamutes and mixed breeds. Each has its famous members, like Balto, who led the 1925 serum run to Nome and Laika, the Soviet space dog who launched aboard the Soviet space craft Sputnik 2.

Laika (1954-1957) was a Soviet space dog. Laika is derived from a Russian word meaning mixed breed (like a husky). A stray dog from Moscow, Laika became the first animal to orbit the Earth when she was launched aboard the Soviet space craft Sputnik 2 in 1957. Laika died within hours of takeoff. The experiment aimed to prove that a living passenger could survive being launched into orbit and endure micro-gravity, paving the way for human spaceflight and providing scientists with some of the first data on how living organisms react to spaceflight environments.

Signing of the Alaska Treaty, 1868

Emanuel Leutze
Oil on canvas
From the collections of the Seward House Museum, Auburn NY

Emanuel Leutze, Signing of the Alaska Treaty
1868
Oil on canvas, from the collections of the Seward House Museum, Auburn NY

At the end of his life, William Henry Seward was asked which of his public acts would live longest in the memory of the American people. Seward’s answer was the purchase of Alaska, but he recognized that it would take another generation to find it out.

The historic home of William H. Seward is now a museum in New York. The collection includes gifts that Seward received during his 1869 Alaska visit, including a kayak, slat armor, carvings and a scrapbook of pressed Alaska flowers and plants. Seward also brought back a bald eagle that lived in his Auburn house garden for a few years as well as an “Alaska dog.”

Seward had served as governor of New York for four years, a U.S. Senator from New York for 12 years, and the Secretary of State under President Lincoln. An ardent expansionist and fervent proponent of Manifest Destiny, Seward believed, “Our population is destined to roll its resistless waves to the icy barriers of the North.”