Using salvaged Alaskan yellow cedar, John Grade, one of the world’s leading contemporary artists, has created an intricately carved sculpture (15’ x 38’ x 42’) that represents a pingo, a hill of ice that grows over centuries in the Arctic’s highest latitudes, then collapses, pockmarking the tundra.

This sculpture simulates a pingo in Alaska’s Noatak National Preserve, mapped by the artist using photogrammetry. Visitors not only will witness the pingo’s impressive scale, but also will be able to enter inside the sculpture as its walls open and close, mimicking the pingo’s life cycle at a time when this is accelerating due to unprecedented environmental change.

Grade first became aware of pingos when he traveled to the Alaska Arctic three years ago as part of the Anchorage Museum’s Polar Lab artist residency. Grade used a team of 20 artisans over a five-month period in his Seattle studio to create the sculpture. It will take a crew of several to install it in the museum atrium, including a mechanical engineer.

The title Murmur evokes both the sound of Arctic wind and the shapes made by flocks of Arctic birds in flight called murmurations. The installation provides an experience in which people can virtually explore the interior of a pingo’s ice core and the unusual textures, flora and fauna of the land form. “I thought it would be very interesting to compare these two phenomena that happen in such different time scales,” says Grade, “one so ephemeral and the other so slow. To try to put a viewer inside each of those things, which is a place none of us literally are ever going to go. What would it feel like, merging them together?”

Murmur debuted at Mystic Seaport Museum and the Sea in Connecticut Jan. 20 - April 22, 2018. The installation will travel internationally for several years before returning to the Anchorage Museum as a permanent installation.

Read more about artist John Grade, and the process behind Murmur on
our blog.

Adaptation: John Grade in the Arctic 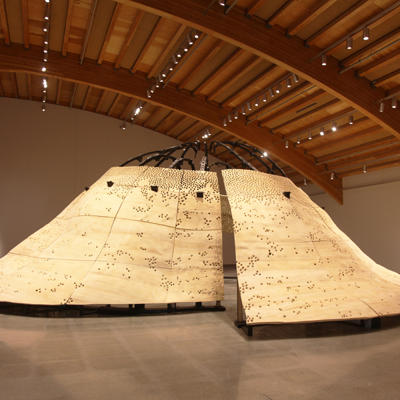 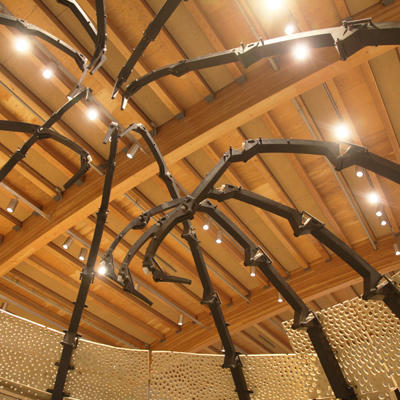 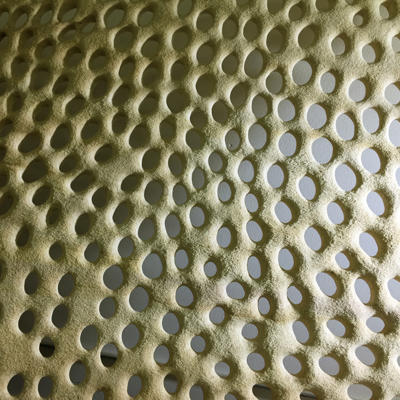 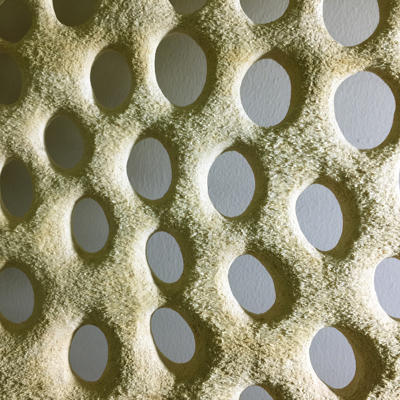 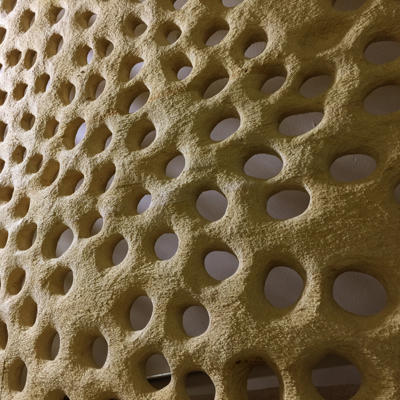 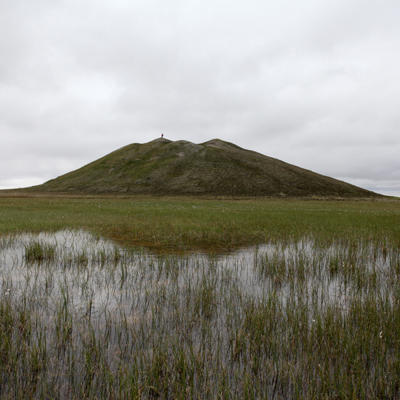 John Grade on top of a pingo, Noatak National Preserve

photo courtesy of the artist