Tattoo is a global phenomenon, and tattoo artists in Alaska come from diverse perspectives and backgrounds, influencing their individual styles and approaches. This compilation of tattoo designs features work made by artists practicing across the state. Some artists are beginning apprenticeships to learn the trade, while others have been working in the field for decades. Each artist chose to share a design that is meaningful to their tattoo work and signature style. 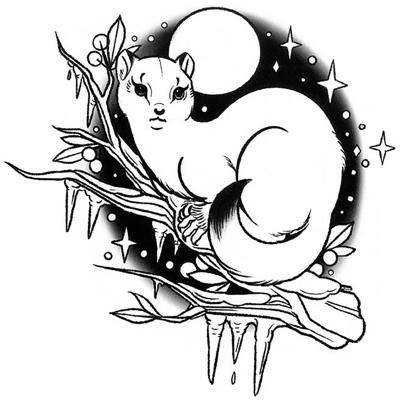 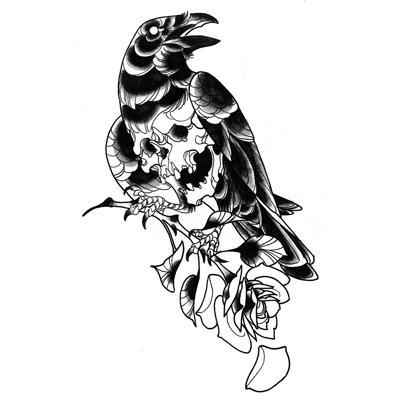 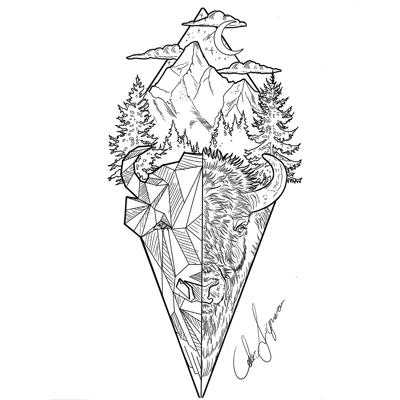 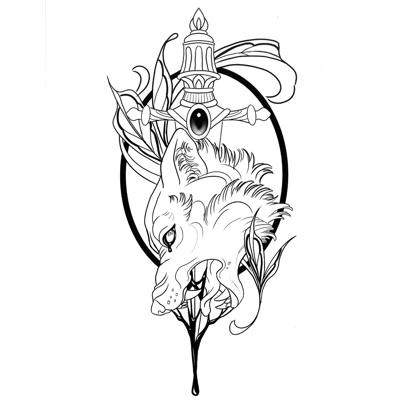 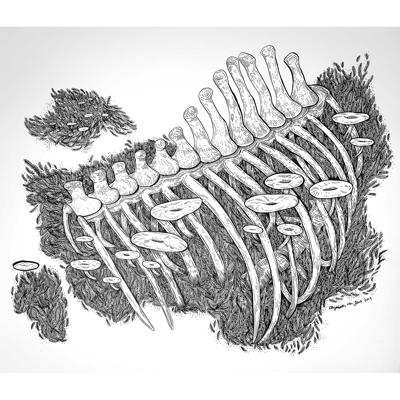 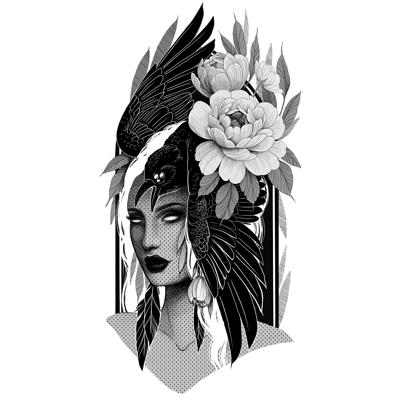 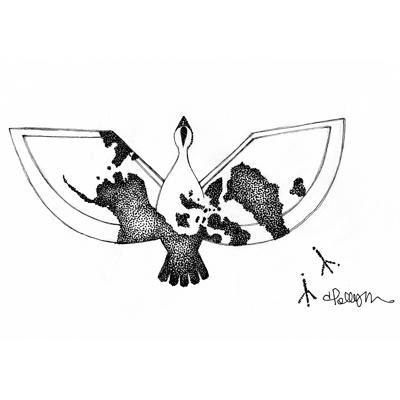 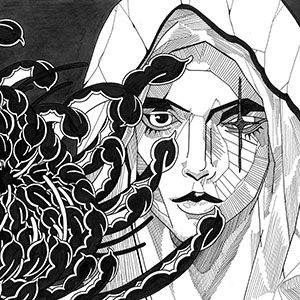 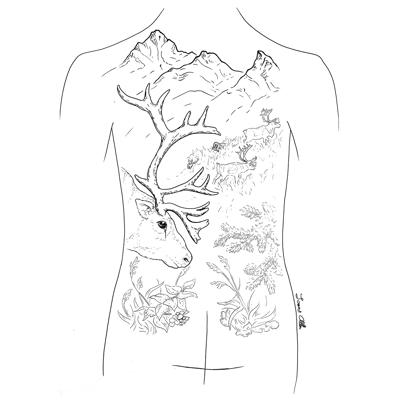 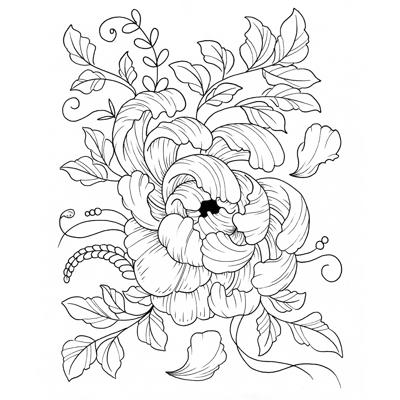 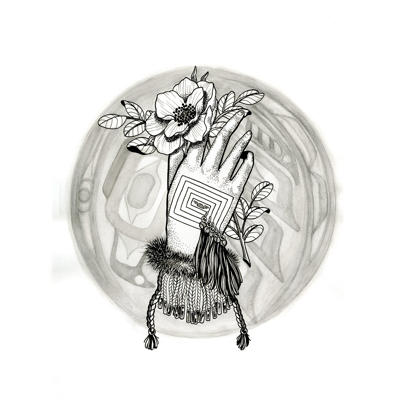 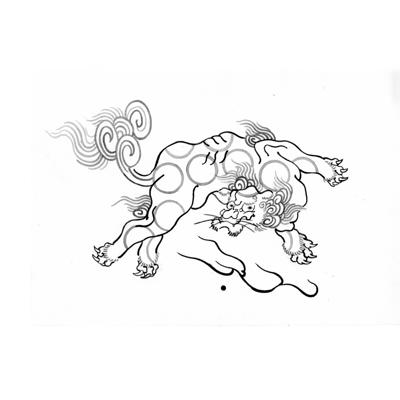 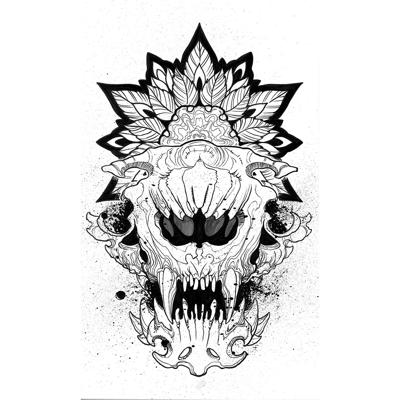 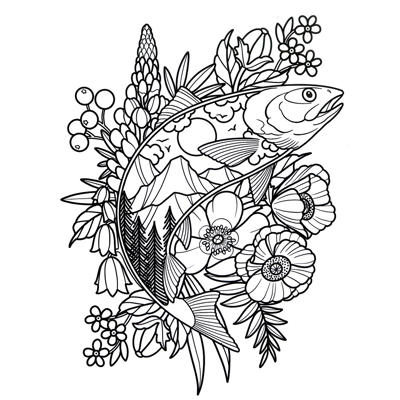 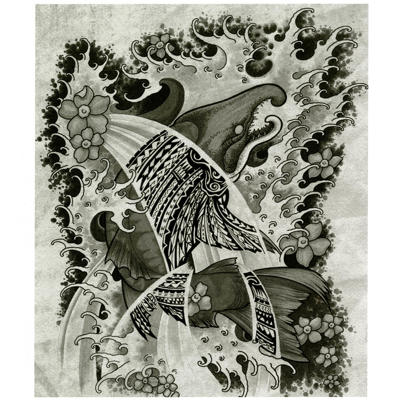 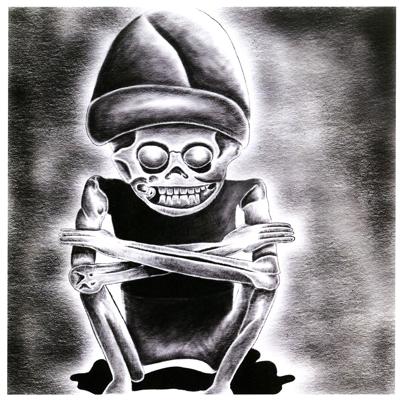 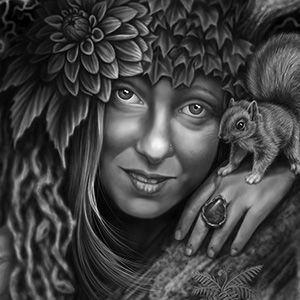 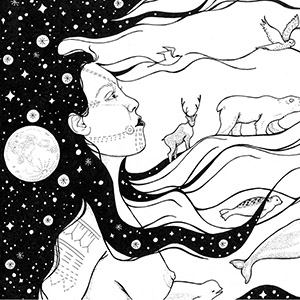 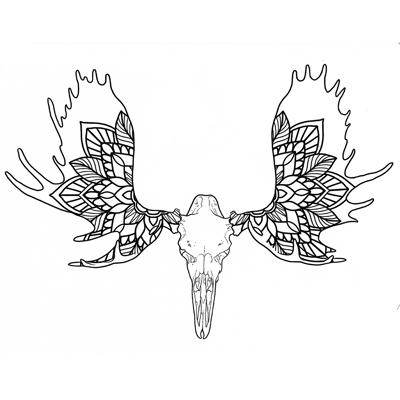 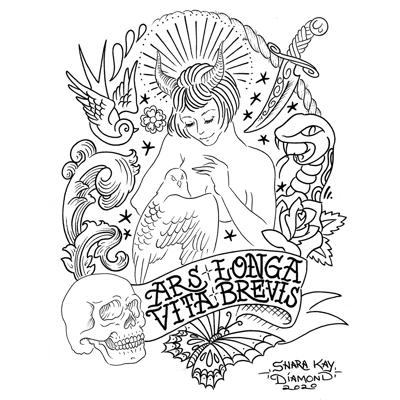 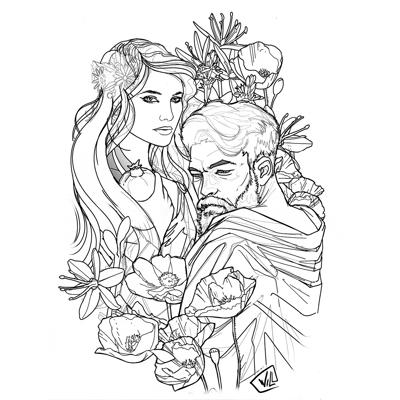 Taylor works at Body Piercing Unlimited in downtown Anchorage. He learned to tattoo from a friend and has been practicing professionally ever since. The linework of his design combines neo-traditional elements of Alaska animals with familiar tattoo forms like roses and skulls.

Figueroa and his wife both practice at Primal Instinct Tattoo, in Anchorage. Figueroa’s design combines the imagery of Alaska wildlife with geometric patterning.

Lillard has worked as a tattooist at Warhorn Tattoo, in Palmer, Alaska, since 2013. It was her childhood dream to become a tattoo artist.

Lent works at Ultra Violence Tattoo in Anchorage, Alaska, and this is her first year in the industry. She feels that tattooing “found her.”


Scott has been tattooing at Ultra Violence Tattoo in Anchorage for five years.

Nordlum is a tatoo artist based in Anchorage, Alaska. This design represents traditional healing and bringing Inuit peoples together.

Scrivner is the owner of Ultra Violence Tattoo in Anchorage. His passion for getting tattoos led him into the profession, and he has now been working in the industry for 13 years. His design was created with Micron and Copic markers and represents a chrysanthemum and a girl.

Allen is the son of Larry Allen, founder of the Anchorage Tattoo Studio by Larry Allen. His father started the shop in 1975, so Allen grew up around tattooing, traveling to conventions and visiting different studios. He began tattooing after high school and has been a practicing tattooist for 25 years.

Palmer has a background in industrial design education and has been practicing tattoo for 11 years. This design was inspired by a Tlingit fur-lined bag with the artist’s clan crest on the front. The Tlingit eagle in the background represents the Kagwantan clan.

Cruser is currently an apprentice at Anchorage Tattoo Studio. He grew up skateboarding and doing graffiti in Southern California. Those creative outlets transformed into wanting to make tattoos. By the time he graduated high school, he was sure he wanted to create tattoos for a living.

Harden practices at The Hole Look in Anchorage. He has been working in tattoo for 28 years, and is drawn to the profession for its creativity, variety, and rebelliousness. This design was inked traditionally with a variety of pens for different effects. It is inspired by the form of an animal skull, morphing into organic forms.

Craver first worked at the counter in tattoo shop and fell in love with tattooing as a means of self-expression. She has been tattooing at Primal Instinct in Anchorage for nine years. Her design was created for a client who wanted to celebrate their love all things related to the Alaska wilderness.

Tall grew up around tattoo in the Polynesian community and has been practicing tattoo since 1996, most recently at Lal Uso Tattoo shop in Anchorage. His design depicts a stylized Alaska salmon.

Chango has been working at Tatau in Anchorage for ten years. His design represents Mictlantecuhtli, the Aztec god of death.

Leslie is the owner of Reed Ink in Anchorage, Alaska, and has been working in the industry for 26 years.

Whalen-Lunn is a tattoo artist based in Anchorage, Alaska. This drawing, Solstice, depicts evening releasing her grip on our world and opening back up to the sun, siqiñiq, in Iñupiaq.

Figueroa practices at Primal Instinct Tattoo, in Anchorage, where she has been working for fourteen years. She went into tattooing as a way to professionalize her art-making and connect with people in an intimate way. This design was created for an Alaska hunter, representing the skull of a moose he took down and used to provide food for his family.

Diamond has been working at The Hole Look for three years. She got into tattoo because she loves art and working with people. She was mentored by tattoo artist Dave Lang. Her design features American Traditional tattoo imagery. The mythical woman in the center represents the spirit of an artist. The falcon represents her dedication, love and respect for her craft. The Latin phrase Ars Longa, Vita Brevis means "Art is Long (forever), Life is Short."

White tattoos at Primal Instinct Tattoo in Anchorage, and has been working in the industry for eight years. White was inspired to get into tattooing by his older sister. This design was the result of a commision to represent  the mythological story of Persephone and Hades.