In Western society, labor is often gendered, meaning that certain professions or types of work are dominated by either men or women. The reasons for this are many, including socialization, differences in education and networking opportunities, and employer bias. Female-dominated work like teaching and caregiving tend to be undercompensated compared to male-dominated work. 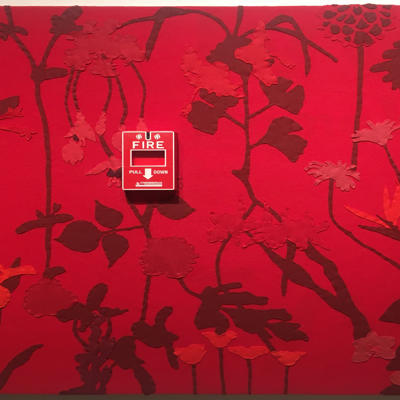 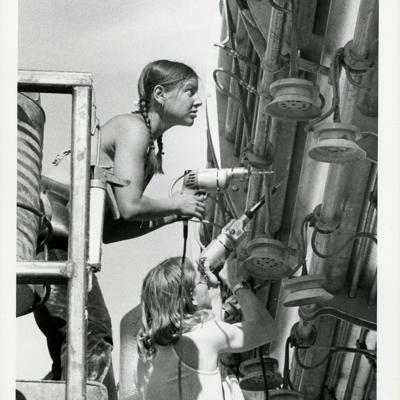 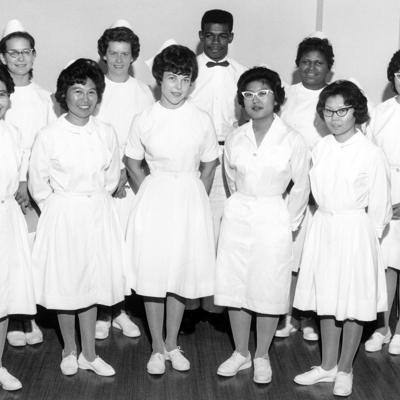 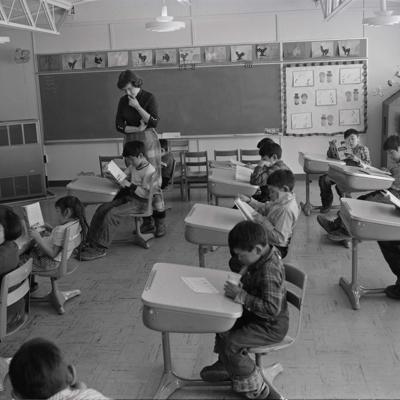 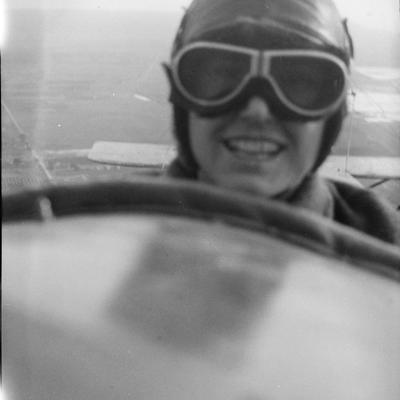 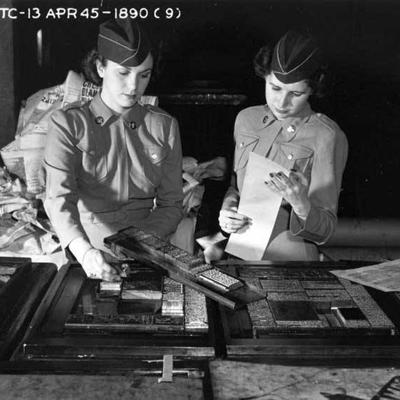 Fairbanks-based artist Tamara Wilson’s Pull Station incorporates wood, felt, and a plastic fire-alarm pull. Wilson was inspired to create the piece after working on a maintenance crew, inspecting the fire suppression system at a large facility. The work combines elements culturally coded as male and female, interior and exterior.

In the mid-1970s, the demand and high wage for workers on the Trans-Alaska Pipeline drew over seventy thousand people to Alaska. Thousands of women were among them; a 1965 Executive Order signed by President Johnson required equal hiring practices for federal contractors. The positions women held ranged from secretaries and maids to oilers, technicians, and general laborers.

Alice Jean Puster was born in 1927 in Pomona, California. She moved to Anchorage in 1962, working as a photographer for The Anchorage Times. She is thought to be the first female photojournalist working in Alaska. This photo comes from her archive, which is in the process of being organized and accessioned to the Anchorage Museum archives.

Throughout history, women have worked as caretakers and healers in their homes and communities. With the rise of hospitals in the 19th and 20th centuries, nursing became one of the few professions that welcomed women. Nursing remains a gender-segregated profession. with women making up 91 percent of the workforce, according to the 2010 census.

During the 1800s, male teachers in the US began moving out of the profession and into higher-paying occupations. Female teachers, meanwhile, were perceived to possess gentle and caring dispositions suited to working with children. Some of these biases persist today, and women continue to dominate the teaching workforce. In Alaska in 2017, 71 percent of teachers and instructors were women. Men in the profession, however, earned 19 percent more on average in salary.

Before World War II, the US military employed women only as civilians. In 1943, President Franklin D. Roosevelt signed legislation enabling the commissioning of women in the US Army, creating the Women’s Army Corps, or WAC. In 1978, the US Army abolished WAC and integrated women into the regular Army.

During World War II, Ladd Field in Fairbanks, now known as Fort Wainwright, was an Army Air Force staging base for sending planes and other supplies from the United States to Russia. A total of 128 WAC members became “Ladd’s Lasses.” While there were some jobs unavailable to women, WAC positions included office work, airplane mechanics. and radio and control tower operators.

Mary Louise Milligan Rasmuson, who helped found the Anchorage Museum in 1968, was a member of the first graduating class of the Women’s Army Auxiliary Corps, or WAAC (the immediate predecessor to WAC) in 1942. Rasmuson became the director of WAC in 1957, a position she held for over five years.