A pivotal art form of the last 100 years, film is a powerful medium for telling stories of people and place. The Northern Narratives gallery is transformed into four black box-style theaters for viewing films, which change periodically.

Anchorage, Alaska, and Hobart, Tasmania, may be geographic opposites, but each shares the distinction of being a gateway to a polar region. By framing an epic visual journey from Tasmania to Antarctica without plot or narrative, the three videos within Ice Blink: Fragments of Antarctic Voyages from Hobart give viewers open-ended sensory encounters with the southern polar region through ordinary moments at sea.

Ice Blink: Fragments of Antarctic Voyages from Hobart was filmed during ship voyages to Antarctica. Named for the atmospheric phenomenon of white glare seen on the underside of low clouds in polar regions, the video series includes: Of Ice and Steel, which projects through video footage the movement of the ship through the ice at different times and from different perspectives; Restless Horizons, which presents recordings of a journey to Antarctica as filmed through a ship’s porthole; and Interiors: Pitching, Rolling, Yawing, which moves the camera and the viewer along with the ship as it moves across currents and though pack ice.

Circumpolar Cinema is presented with support from 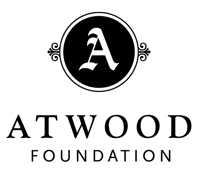