Header images (left to right): The artist in her studio. Family Tree, 2021.

Tlingit artist Rachel Martin uses humor and juxtaposition in her work, inviting amusement and critical engagement. Some of her artworks delve into the harms wrought by colonization, while others consider connections between the human/animal/spirit worlds. Working primarily in sculpture and drawing, her compositions employ readymade materials and pop-cultural motifs that evoke both a sense of familiarity and discovery.

Images (left to right): ​We the explorers, 2018; the artist describes the creatures in her drawings (image left) as “little animals or spirits.” Table Dancer, 2019.

Martin describes her path into artmaking as intuitive. Her artist mother created an environment where art was a daily part of life “like showering or breathing or eating.” In her late teens, she followed her interests to Otis College of Art and Design in Los Angeles, but left after two semesters. She spent nearly two decades living and making work in Canada, Australia, Texas, and New York City, where she currently resides.

Her journey into understanding her own cultural heritage has been more challenging than her journey to art making. Martin’s Tlingit father and multiracial mother met in California as activists involved with the American Indian Movement in the 1970s. As a child, Martin lived with them on the Fort Peck Indian Reservation in Montana, an experience she credits as shaping her early sense of Indigeneity and her belief system. She and her mother later moved to Southern California, where she was raised with little sense of connection to the Alaska Native side of her family. 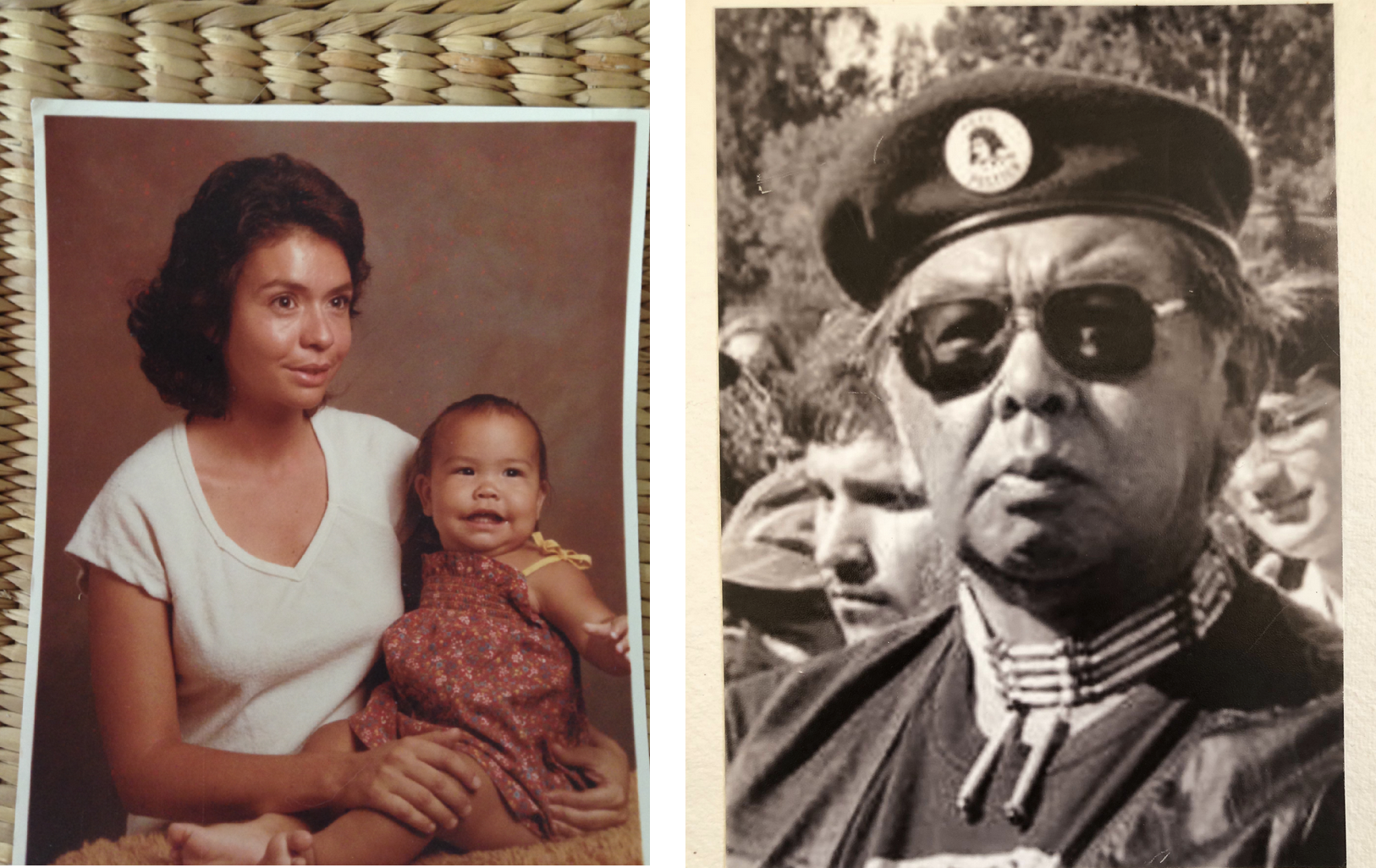 Images (left to right): The artist and her mother, 1981. Martin’s father, in an undated photo from the FBI. He and other activists in AIM were sometimes under surveillance.

Martin is just now beginning to piece together her father’s history. “I did not grow up around my father, which makes a huge difference in my story when it comes to Tlingit culture and how I’m learning about it,” she says. Over the past year of pandemic isolation, Martin has devoted a great deal of time to researching her father’s past as well as more generally learning about Alaska Native lifeways. “I’m trying to be able to communicate with and find out more about my culture through art,” a process she describes as “clunky” at times but ultimately important and rewarding. 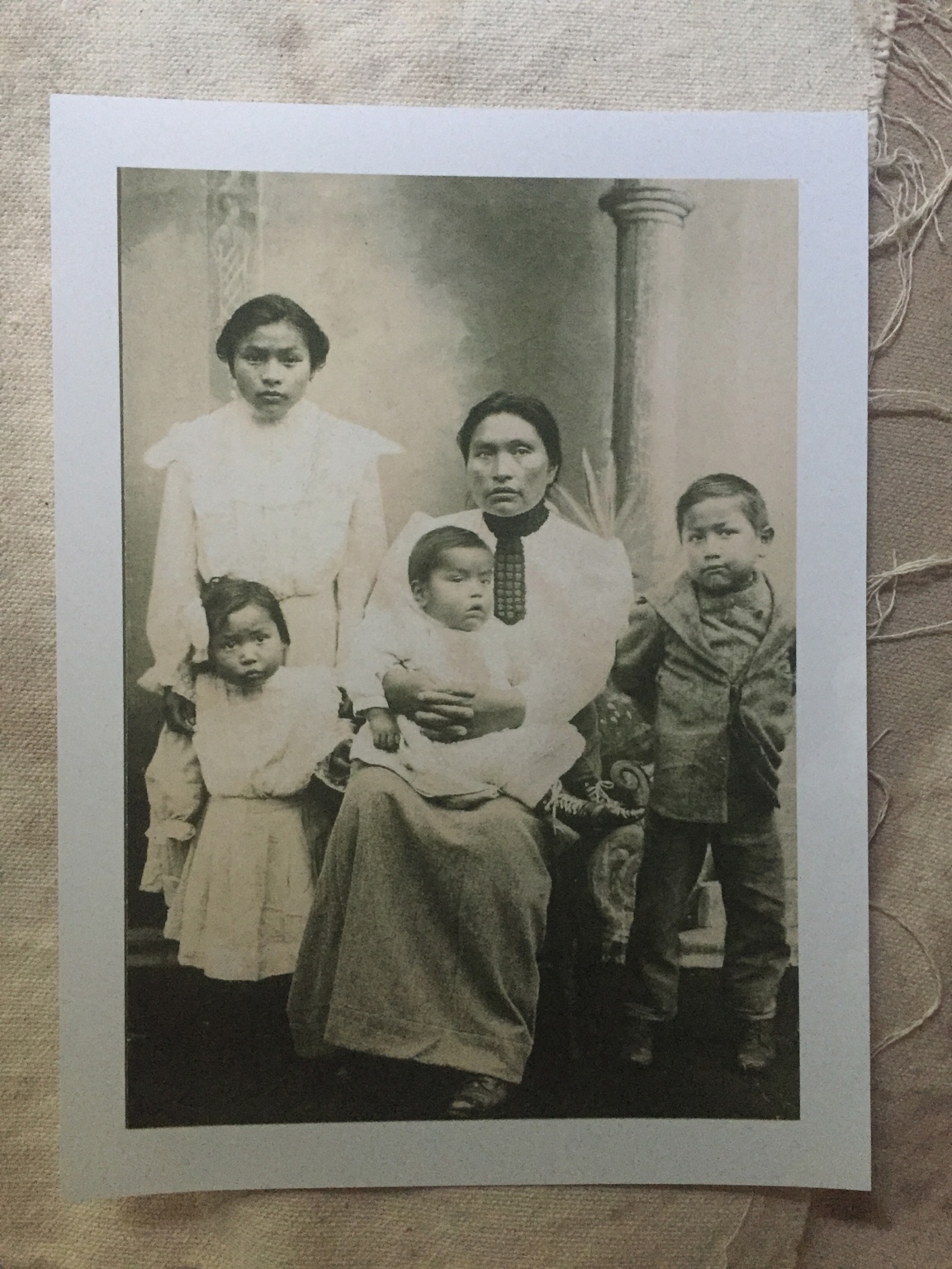 Image: The artist’s grandmother, father, and his siblings the same year they were sent to a residential school at Eklutna.

Her current body of work focusing on food and subsistence lifeways is a vehicle for exploring colonization, the oppression of Indigenous people, and unhealthy global systems of consumption. Often wryly humorous, these drawings depict scenes such as an Iñupiaq hunter harpooning a bucket of Kentucky Fried Chicken, or a woman spearing a McDonald’s Filet-O-Fish from a kayak. Martin says these drawings are about the dispossession of Alaska Native peoples, “being taken away from the land and being fed white sugar and lard and bologna,” unhealthy foods emblematic of American consumerism. She questions the risks inherent in relying upon a corporate food system designed for profit—risks that affect all peoples living in the globalized world, not just Indigenous people. It’s a loaded message that Martin delivers in a “lighter way.” For her this is a process of balancing pictorial levity with skepticism and critique. 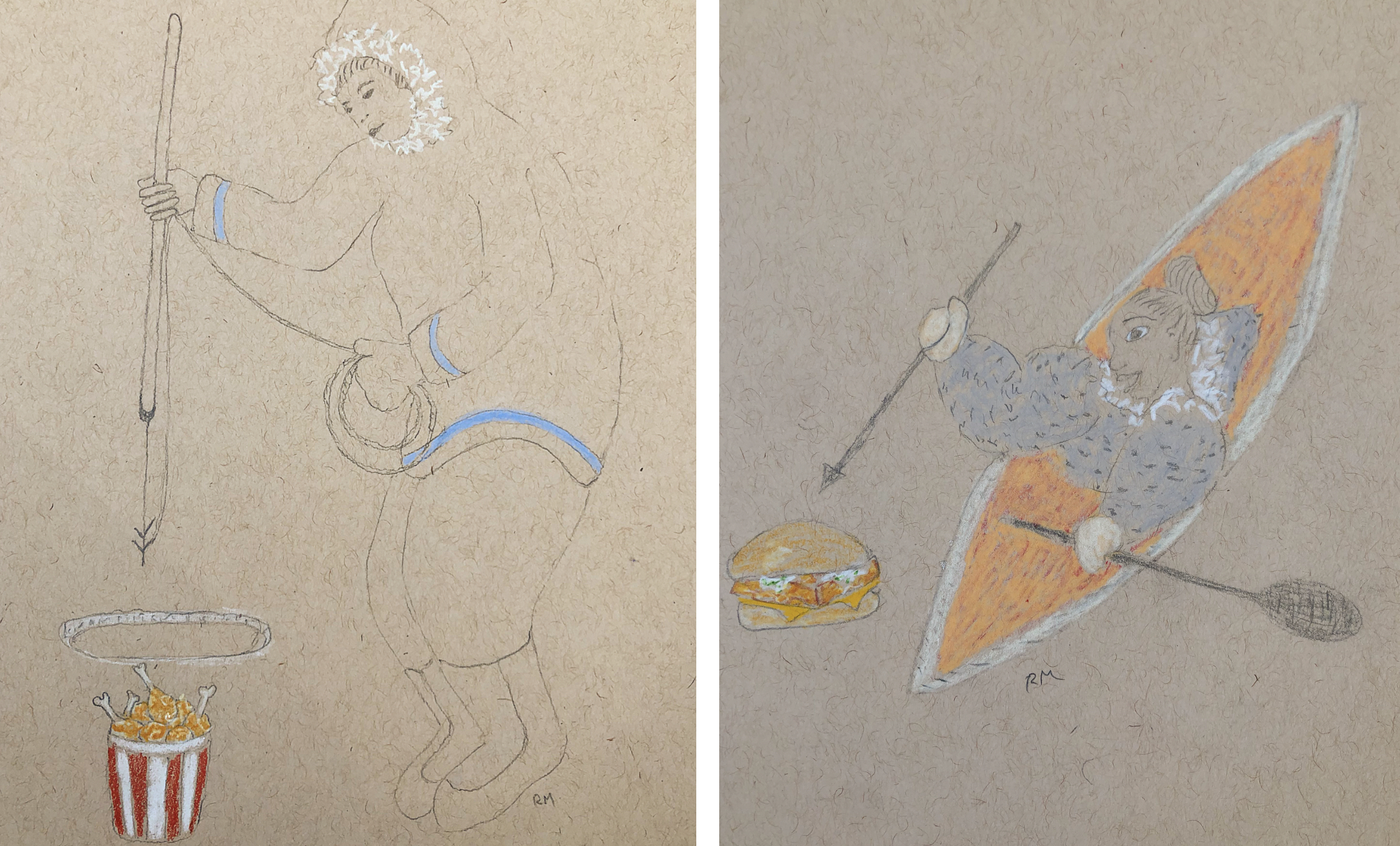 Martin’s sculptural works incorporate disparate elements—everything from porcupine quills and abalone, mailed from Alaska by her mother, to chunks of brick she finds on neighborhood walks and carved cakes of Ivory soap from the local dollar store. In one piece, she fashions a tennis racquet from a caribou antler while in another she nestles a seashell within an orange peel. Creating Her work often alludes to entanglements between the human, animal, and spiritual realms. 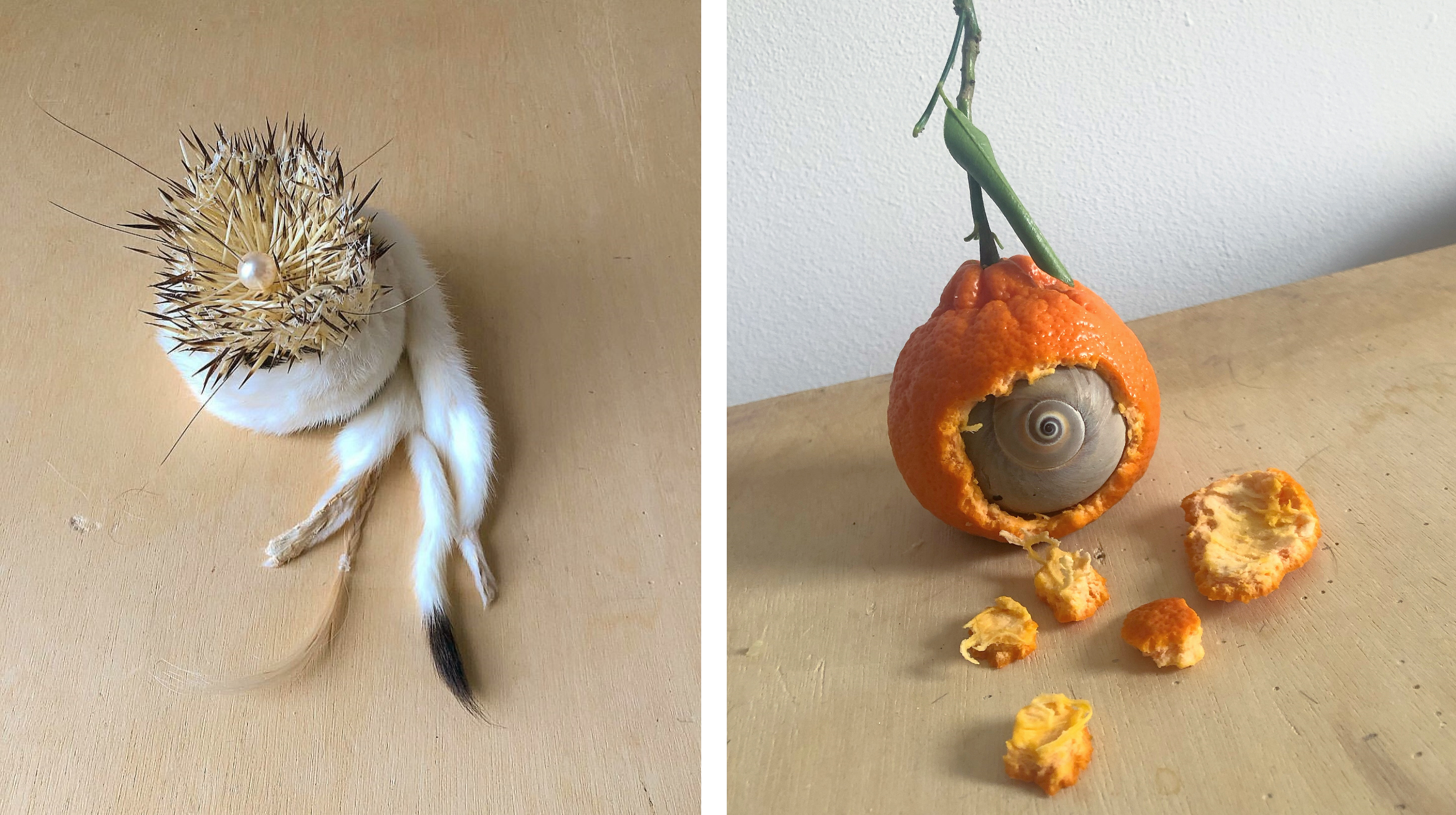 As she trains her eyes on a post-pandemic world where it is once again safe to travel, Martin is eager to explore opportunities for art making and connection in Alaska and to further her research into her own family history. Rather than scrolling digital archives from a computer in Queens, she hopes to “learn about my culture by living there and being there.” 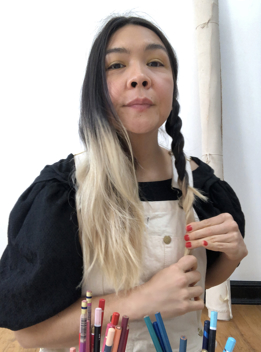 The artist in her studio.

This winter, with support from The CIRI Foundation, the Anchorage Museum will be hosting four virtual artists-in-residence. Follow Rachel Martin’s artwork and process through February. Check out her work @_rachelmartin_ on Instagram, and tune in to her livestream studio demo on March 3 at 12 pm Alaska time on the Anchorage Museum’s Facebook page.