Simon Menner and the Power of Invisibility

Can you find the sniper camouflaged in this scene? (scroll down for the answer)

German artist and photographer Simon Menner has been photographing army snipers for the last six years. The result is a photography series called Project Camouflage, which is now on view within Camouflage: In Plain Sight, an exhibition that explores concealment by design and how contemporary society and new technology continually transform the way we conceal or reveal ourselves.

Menner is interested in the presentation of terror, fear, and surveillance in mass media and how imagery and perception feed contemporary conflicts and infect us with ideas we are not always able to see. “Our perception has become the most important battlefield of the 21st century, and fear in the form of terror might be the predominant weapon,” he says.

“Drones, car bombs, booby-traps, sleeper cells, snipers, computer viruses — many of today’s threats need to occupy our minds to function to their full extent,” says Menner. “A car bomb, we don’t know about, might harm or kill us; but, a car bomb we believe might exist becomes omnipresent and robs us of our freedom to such an extent that it does not even matter if it actually exists.”

Menner sees his work – like Project Camouflage — as conceptual, drawing parallels to contemporary conflicts in which key players strive for invisibility to manipulate perception. For the series, Menner convinced the armed forces of Germany, Latvia and Lithuania to let him photograph some of their most highly trained snipers. These soldiers were given the order to hide themselves in the landscape and aim at Menner’s camera and therefore at the viewer. In some of the images, traces of the presence of the snipers can be found – a muzzle, an off-color piece of tarp or the outline of a person. But, quite often the snipers succeeded in leaving absolutely no trace on the photograph.

Menner shares his perspective and artwork in a talk at the Anchorage Museum at 6 p.m. Friday, Nov. 11. 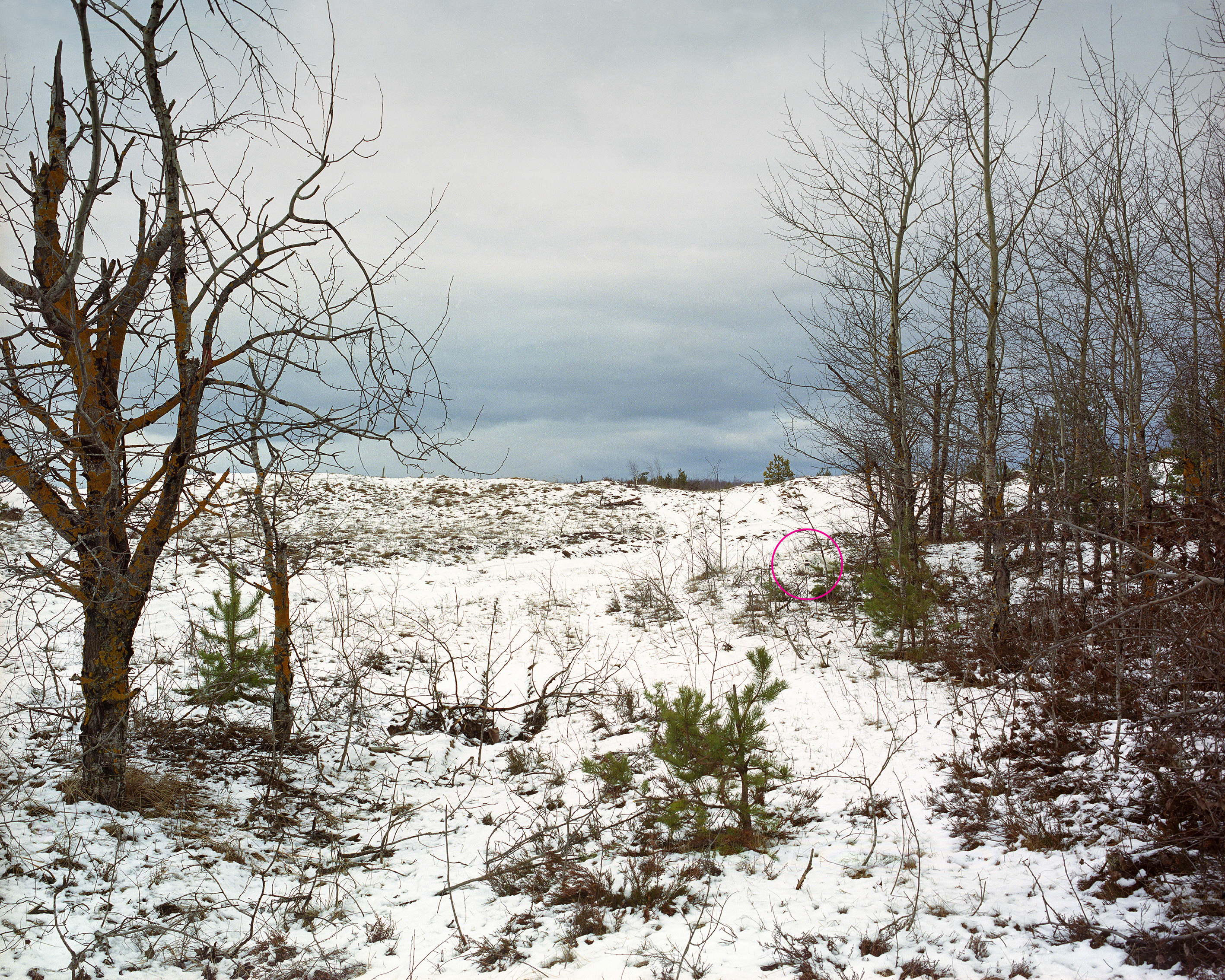 FIRST FLOOR GALLERIES NAMED IN HONOR OF PATRICIA B. WOLF

DECOLONIZING THROUGH VIRTUAL REPATRIATION: A NEW VISION OF COLLECTIONS ACCESS

Mariza Ryce-Tovar on art, healing, and the natural world

53 ways to enjoy the Anchorage Museum this summer