Graham Hogg is a partner in Lateral North, a research and design collective in Scotland. He is working with the Anchorage Museum on Mapping Anchorage and other projects that explore ideas around resilient communities, urban planning, maps, atlases, neighborhoods and empowering individual voices in the future of cities.

In 2011, Laurence C. Smith published New North: The World in 2050. This visionary book looked at our world over the course of the next 40 years and put the Arctic at the center of our collective future. Worldwide trends throughout history, current observations and future predictions formed the narrative, with trends including global migration (‘climate change refugees’ and those at the wrong end of civil wars throughout the world), an aging worldwide population (as a result a bulging population on a global scale), and global warming.

The resulting vision of the “new” North was that people from throughout the world would begin to migrate to the poles seeking sanctuary from harsher climates around the equator and resulting opportunities in the North. While the book investigates future visions, many of these “worldwide trends” are beginning to manifest themselves in the demographics, culture and vision of Anchorage.

For us, it is an honor to be asked to help shape that vision in its early stages and work with this wonderfully diverse city. Anchorage may have only celebrated its 100 year anniversary in 2014, but the city is a mix of more than 100 different nationalities. Like other urban areas, it has social challenges and stressors. 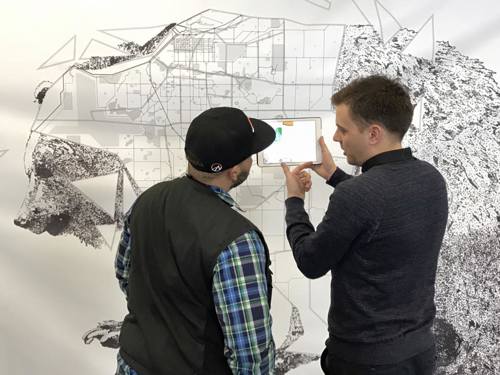 The vision for Anchorage is a city that is outward looking, inclusive, sustainable, and equitable for people who come to live from throughout the world. This vision is summed up by the approach of the city's mayor, by the fantastic Mara Kimmel and by our main collaborator the Anchorage Museum. The museum, and the outward-looking approach with which its director Julie Decker has shaped it over the past four years, is a fantastic resource within the community, and so it was a great opportunity to be asked to come and work alongside them on a project called “Mapping Anchorage.”

The project began in early 2017 when the museum asked us to respond creatively to an nationwide strategy focusing on “resilience” within communities. What does resilience mean to a community? How does one community’s vision vary from other communities, even within the same city? What challenges and opportunities are identified around this theme? And how does this manifest itself within planning, architecture and design?

Through “Mapping Anchorage,” we have worked with three communities within the city––Mountain View, Fairview and Spenard––to identify these challenges and opportunities and provide potential solutions to be taken forward by the communities, city and associated partners. Our “workshops” took the form of a recipe swap (potluck), basketball tournament and pop-up prom, all of which spoke to the culture, place and heritage of the local community. 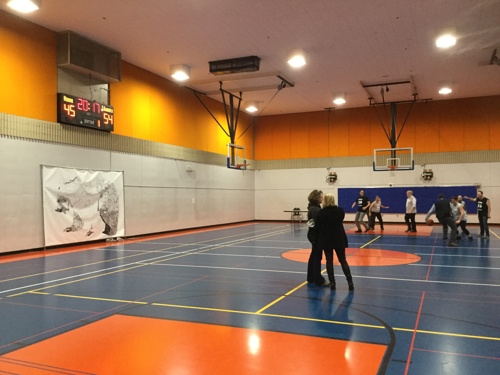 This approach allowed us to connect with a wide demographic of people. The workshops focused around a large geometric map of Anchorage and the communities were asked to contribute to the map with their future visions. In what we believe is a worldwide first, we used augmented reality (working alongside our friends at Soluis) to engage with residents in these communities. We will be blogging in future about the augmented reality aspect of the consultations, but for now it is safe to say that this technology has the potential to revolutionize the way community engagement is undertaken.

Our “workshops” were a huge success. We return to Anchorage to present the project’s findings at the “North x North” conference (May 11-14) and re-engage with the people, communities and city of Anchorage. 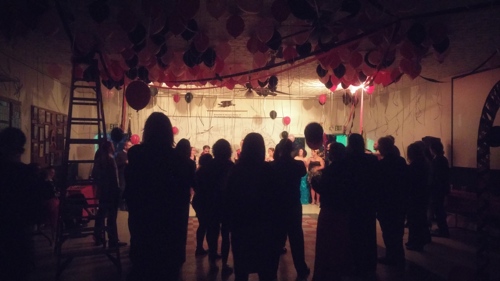