In June 1962, Donald Caspar presented a paper, co-authored with Aaron Klug, entitled "Physical Principles in the Construction of Regular Viruses" at the Cold Spring Harbor Symposium on "Basic Mechanisms in Animal Virus Biology.”

Among other things, they proposed that spherical viruses are shaped like small geodesic domes, a model widely accepted until the early 1980s. In 1953, Donald Caspar began his PhD in biophysics at Yale University. He met other researchers, including Aaron Klug, who was studying the polio virus and together they studied the protein shells of viruses.

Casper made this wooden model of the polio virus.

Designer and visionary Buckminster Fuller noticed the work on polio, particularly the similarities between viral structure and Fuller's own geodesic domes. After Fuller had become famous for constructing large geodesic domes, scientists and doctors began to provide examples of geodesic and tensegretic structures in microorganisms.

The wooden model of the polio virus presents an inverse form of Fuller’s Flying Seedpod. Flying Seedpod was a project that Fuller realized in 1953 with students from Washington University. 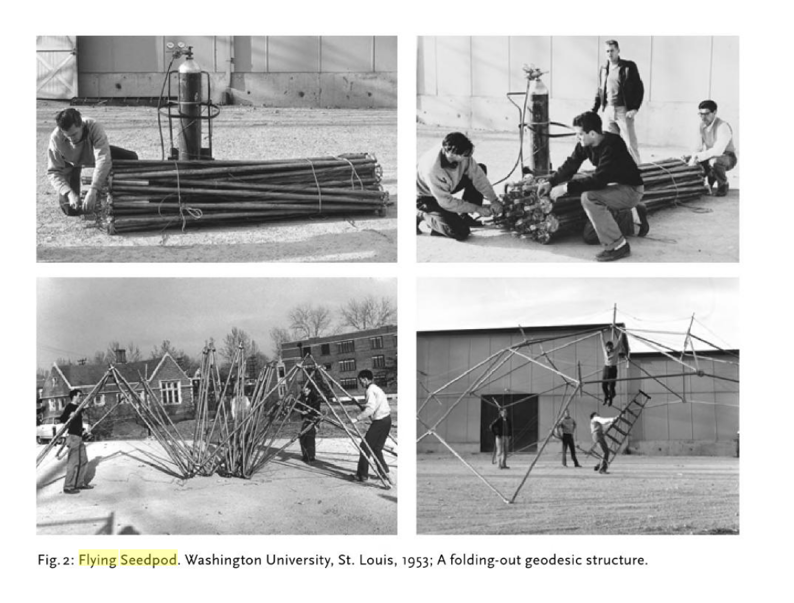 The study of folding structures of geodesic domes developed alongside progress in space exploration missions, so Fuller saw the Flying Seedpods as “the first scientifically designed apartment – a rocket capsule to the moon.”

Here at the Anchorage Museum, some elements of the Wezup sculpture, located on the front lawn, look a lot like the folded elements of the Fuller geodesic dome before they were assembled. 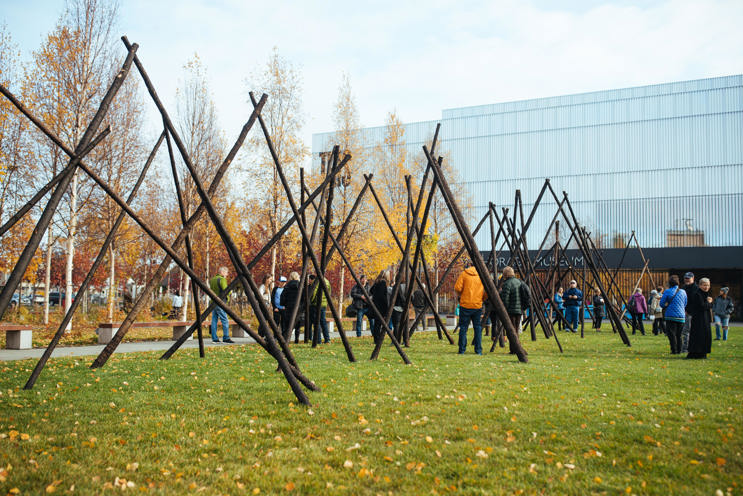