Connecting Across Generations: The Work of Kimberly Fulton Orozco

Artist Kimberly Fulton Orozco was raised in a small town in the Mojave Desert, at nearly the geographic midpoint between Alaska and Jalisco, Mexico, the lands of her paternal and maternal ancestors. Despite her distance from the cultural traditions and Indigenous lifeways of Southeast Alaska, she and her father fostered connection by making art together, copying Northwest Coast designs they found in books. After her great-grandfather passed away, Fulton Orozco remembers her Uncle Scott building a makeshift pole of 2x4s, to which her family stapled handmade carboard totems. They took the sculpture out into the middle of the desert and burned it under the stars. “We told stories and threw popcorn into the fire…I think I learned to use art as a conduit for connecting to my elder relatives and their stories.” 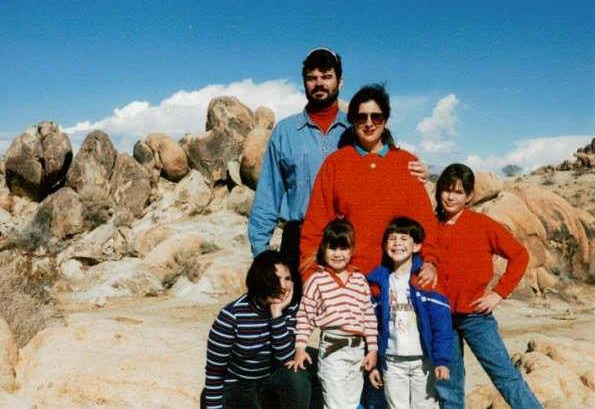 Fulton Orozco as a child with her parents and siblings

For Fulton Orozco, the journey of becoming an artist has paralleled a deepening knowledge of, and sense of belonging to, her Haida culture. Due to the lingering trauma of her grandmother’s experience in the Sheldon Jackson boarding school in Sitka, Fulton Orozco’s father was discouraged from exploring or celebrating his Indigenous identity while growing up in the Lower 48. Learning more about their heritage and traditions has been a shared and ongoing project for their family, and something that Fulton Orozco proudly passes on to her two children, Gastón and Mateo. 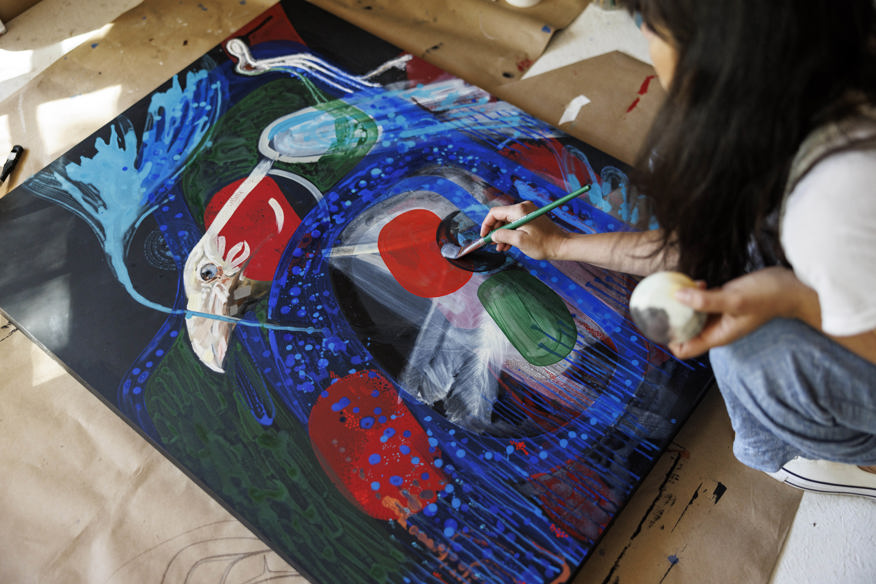 Fulton Orozco in the studio, 2022. Photo by Fernando Decillis.

Fulton Orozco is currently in the final semester of her BFA degree at Georgia State University School of Art and Design after deferring school to raise her young sons and help establish her partner’s photography business. Arriving at this moment after years of reflection, research, and solitary creation, Fulton Orozco possesses a clarity of purpose about her art and the ways she hopes that it will operate in the world. She is attentive to the transmutations of identity and belonging across time and space. Often evoking traditional Northwest coast themes while simultaneously scrambling, abstracting, and reconstituting stories and forms, Fulton Orozco creates works that speak about cultural fluidity, hybridization, and resilience. 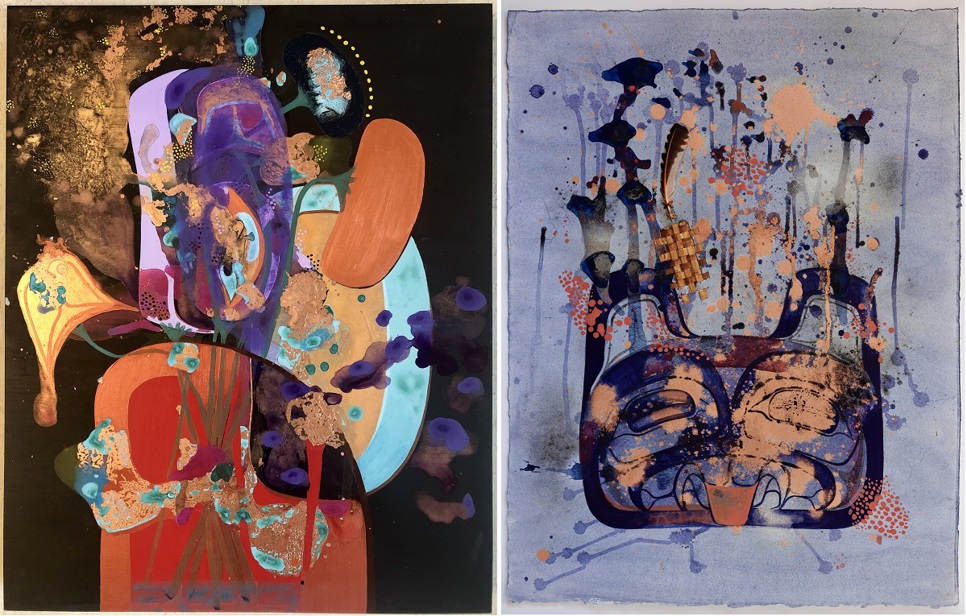 During the pandemic, Fulton Orozco enrolled in online classes through Sealaska Heritage Institute and the University of Alaska Southeast with artists such as Steve Brown, Jackson Polys, David Boxley, and Robert Mills. After learning more about Chilkat formline and blanket weaving in a class with Steve Brown, Fulton Orozco began creating a mask inspired by Lily Hope’s popular Chilkat Protector masks. The work, which is still in process, uses tangled forms of metal and yarn to express deep frustration: “artforms like Chilkat weaving are passed down from generation to generation…I have the forms, and I have the materials…but and I’m missing the technique that brings the two together. The work symbolizes what happens when the passing down of cultural knowledge is disrupted.”

The Wounds of Five Generations, 2021

Taking up this idea more explicitly, The Wounds of Five Generations visualizes what a “timeline of erasure and reconnection might look like.” Other works excavate what it means to be a multicultural Indigenous person today, blending aspects of formline with motifs from popular culture and personal references from the artist’s life.

Fulton Orozco created Wounded Daughter of Foam Woman as a “statement of cultural belonging.” In Haida cosmology, Foam Woman is the mother of all Haida ravens. Made from plaster of Paris, a material typically used to make casts and heal broken bones, the mask evokes a wounded creature becoming strong again. Fulton Orozco reflects that in making this work, she was affirming something “for myself—that it’s ok to be here, it’s o.k. to claim this culture, even in the wake of everything that’s happened through the generations.” Thanks to the dedication of teachers and culture bearers who have taken the time to help her learn, Fulton Orozco says, she has found a path that “feels grounded, and I’m so grateful.”

Support for this Virtual Artist Residency has been provided, in part, by the Art Bridges Foundation. Follow along with Kimberly Fulton's residency for the month of May via the Anchorage Museum’s social media channels and stay tuned for her livestream studio demo on May 24th at 12pm AKST via Facebook Live.

Header image: Portrait of the artist by her partner, Fernando Decillis. The silhouettes in the foreground are Fulton Orozco’s children, and the slides behind her are her parents.