David Brame’s early artistic education began with Saturday morning cartoons and newspaper comic strips. Raised in a strict household, he jokes that “I wasn’t allowed to do a lot of stuff…so I started drawing!” Encouraged by a Sunday school youth pastor as well as his parents, who sent him to countless afternoon and weekend art camps, Brame kept drawing with a focus and persistence unusual for his age. He graduated High School one and a half years early and devoted the time he’d saved to making art. He later attended college to study painting and illustration, as well as a Master of Fine Arts from the University of Cincinnati. Now a professional graphic artist, Brame collaborates with a wide array of creatives in the comic industry, illustrating and creating graphic novels, comics, films, and curricula for youth.

Brame cites Bill Watterson’s Calvin and Hobbes as a staple growing up. He was drawn to comics that plumbed philosophical and political questions: “Bill Watterson somehow managed to incorporate the sublime with moments of levity, with humor, with deep truth—all in a short, condensed format.” Although Brame read voraciously, he struggled to find places in pop culture where he saw himself reflected. He recalls that there was one comic in the Sunday paper, Bloom County, that featured a Black character. There were so few, he says, you could point to each character by name. 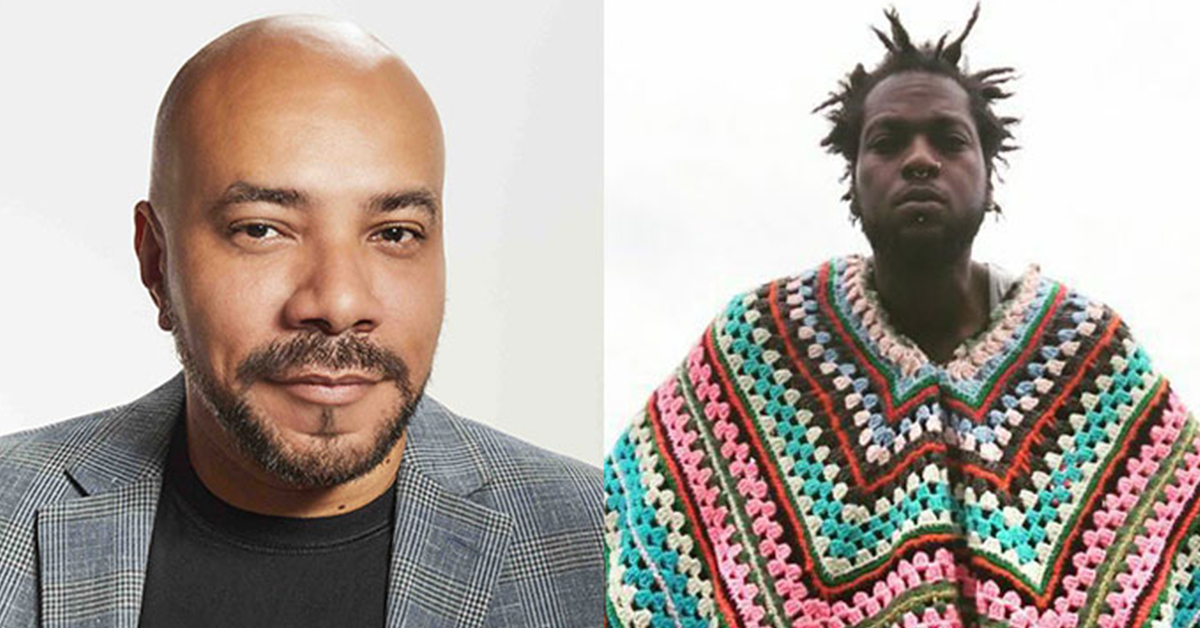 As an adult, much of Brame’s work aims to redress these omissions. His work, which he describes as Afrosurreal, deals with the “meta narratives that you can find within the edges of the Black experience, particularly focusing on millennial pop culture and the 80s and 90s hip hop era.” He likes to think about how musical genres connect to visual storytelling, and how the mechanics of hip hop can be translated into comic form. Afrofuturism is an important intellectual and creative influence for Brame, and he cites writers like Octavia Butler, Nnedi Okorafor, bell hooks, James Baldwin, as well as musicians like the duo OutKast, Sun Ra, and Ornette Colemen, as key influences. He continues to channel this legacy by creating worlds that make space for a multiplicity of Black futures. 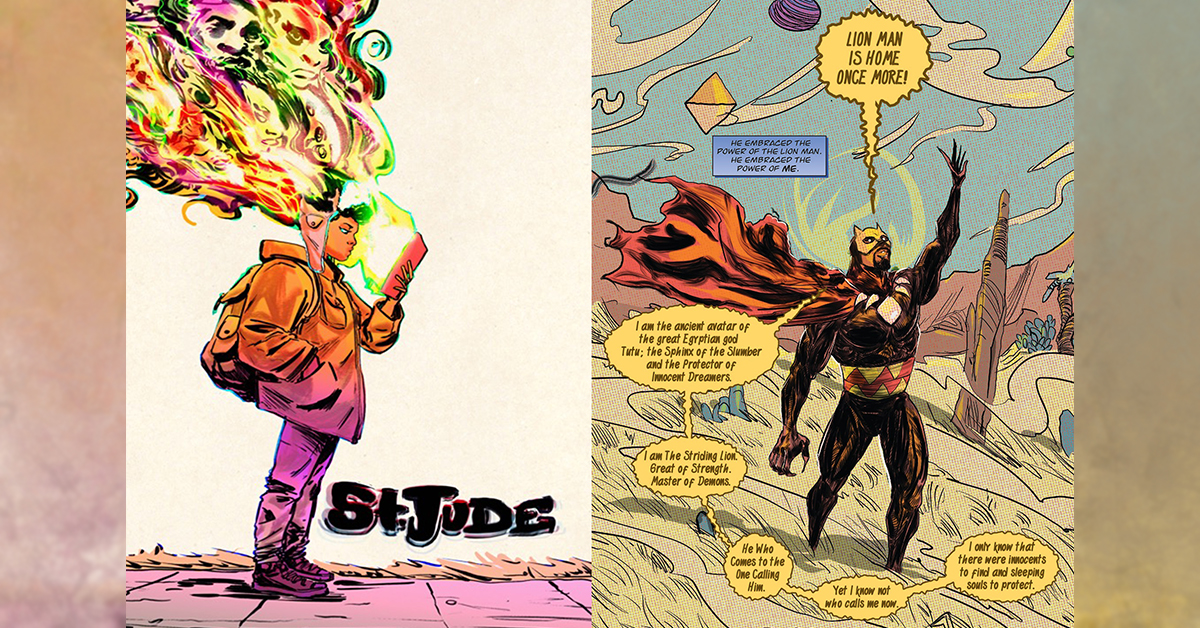 Left: the cover of St. Jude, one of Brame’s comic projects. Right: an illustration from Lion Man: The Tower of Proof

Brame often works collaboratively with creative teams of writers, academics, and educators. His recent Lion Man project resurrected the first Black comic book superhero, created in 1947 by Orrin Cromwell Evans. The original Lion Man went out of print due to the racist actions of the paper manufacturer, who refused to sell material to Evans. To recreate the original 7-page comic, Brame collaborated with Professor John Jennings of University of California Riverside. Their 36-page creation, titled Lion Man 1, is now on view in the New York Metropolitan Museum of Art’s exhibition Before Yesterday We Could Fly: An Afrofuturist Period Room. They are also working with Dr. Mike Dando of St. Cloud State University to develop a curriculum that uses Lion Man 1 to teach literacy, writing, and critical thinking to school age children. 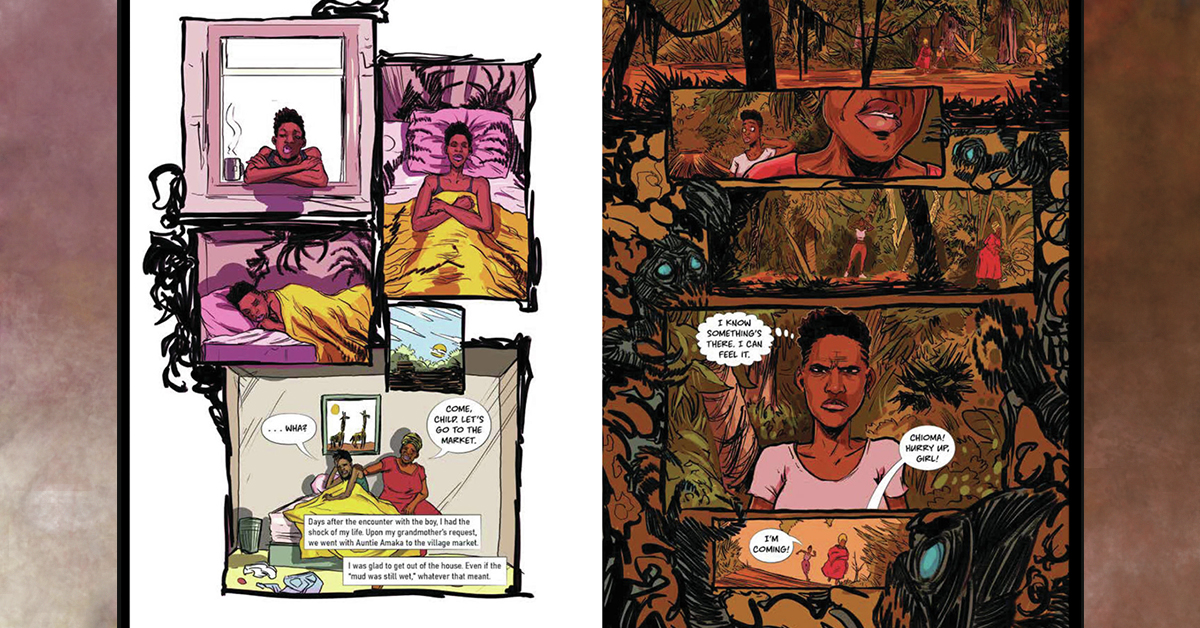 A color spread from Brame’s After the Rain, adapted from Nnedi Okorafor’s short story On the Road.

Over the years, Brame has worked with Jennings on a number of collaborations, including After the Rain, their recent adaptation of Nnedi Okorafor’s On the Road, for which they won an Eisner Award. “I always think you end up with a better product, in general, when you collaborate,” reflects Brame. “I don’t know if individualism is a useful way to experience or view the world. Working with others helps you develop a well-rounded perspective.” 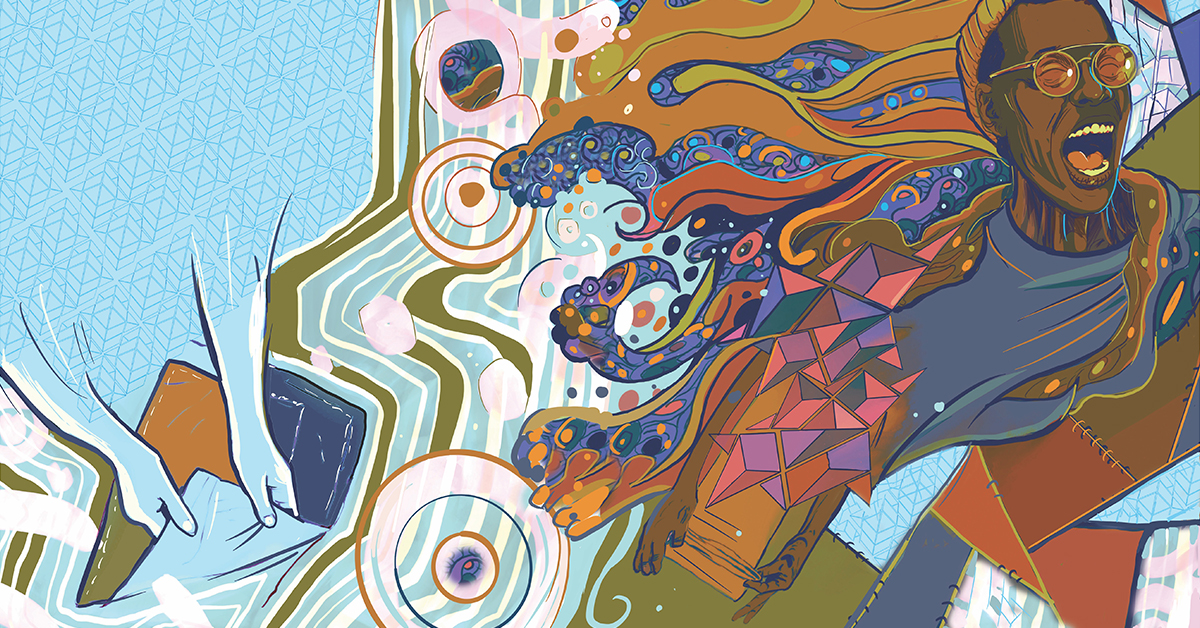 Illustration from a collaboration with the artist Sanford Biggers for his exhibition of quilt-based works, Codeswitch, in 2021.

Considering changes in the comic landscape over the course of his life, Brame sees reasons for optimism. Although systems of power in the industry have been slow to diversify their staffs, he believes that creatives of color have greater access to the tools they need to tell their own stories. “A lot of people are making their own stuff and circumventing the gatekeepers. Eventually, the powers that be are going to be asking us instead of us having to ask them to make something.”

Follow along with David Brame’s residency for the month of November via the Anchorage Museum’s social media channels, and stay tuned for his livestream studio demo at noon on Tuesday, November 29th via Facebook Live.