John Grade is not unlike his work — smart, thoughtful, accessible, natural. When I first met him, he was working on a commission for the Museum of History and Industry (MOHAI) in Seattle.

I was meeting with Grade because I had been drawn to his ability to imbue public art with natural materials and a sense of the natural world. I was also compelled by his sculpture Fold, which had been exhibited at the Portland Art Museum because, rather than treat the object as precious, Grade’s intention was to bury it and have it consumed by termites. 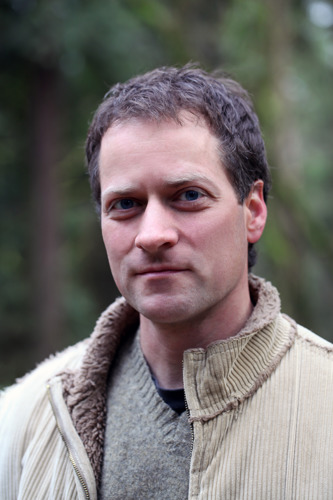 When I first wandered around Grade’s studio, a dozen people were in the process of creating Wawona, a sculpture made of salvaged old-growth Douglas fir from the hull of a schooner by the same name. This is the sculpture that today makes MOHAI a destination for art seekers, as it stands 56-feet within the building, 5-feet below the floor and 2 1/2-feet above the roof. The scale of the work was evident in Grade’s studio, with 200 wooden panels weighing a total of 11,000 pounds. The result is a large-scale sculpture that is also surprisingly intimate and nuanced.  With its charred and weathered tones and protrusions that suggest barnacles or the beginnings or ends of branches, the sculpture references both the hull of the Wawona sailing ship and pays homage to old-growth trees that made it.  Until 1913, the Wawona carried lumber from Northwest ports to California, so the wood tells many stories of man and environment.

As the director of the Anchorage Museum, in a place at the edge of a vast and complicated landscape, I am interested in works that investigate this delicate interaction between the natural and the imposed.  I am interested in the work of artists, who bring distinct perspectives to a rapidly changing world, who offer both nostalgia for the idea of wilderness and who investigate the current contexts of human influence. I was interested in what Grade’s sensibilities might reveal in a place like the Arctic, whether it would offer him another layer of viewing the environment and offer viewers an entry point for thinking about it. 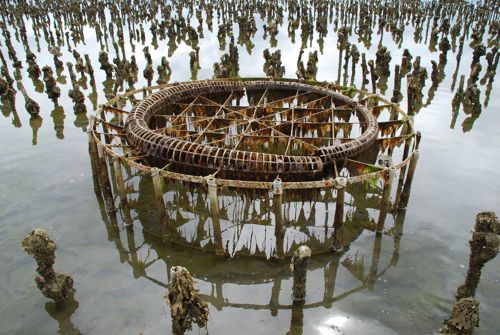 Grade’s sculptures have always mirrored patterns found in nature, such as wasp nests, erosion, honeycombs, rocks, and trees. He has also carefully integrated the passage of time in his work, inviting natural forces to erode and change the work and its material.  This involvement of the uncontrolled gives layers of meaning to site-related constructions and creates more visceral connections to land when artworks are placed in museums and galleries. The landscape gets internalized and experienced by Grade before externalized into sculpture. The sculpture then goes beyond mimicry or representation of nature, and into immersion back into it, whether suspending rice paper structures in treetops to invite birds to peck them into sculptures or offering termites the change to reshape the final product. Similarly, Grade once left a ceramic sculpture atop a mountain in the snow, leaving it to crack and erode. 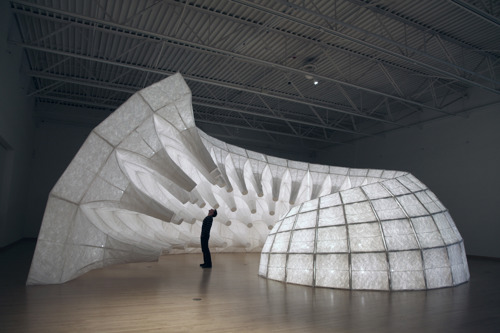 When Grade came North, it was first with an interest in pingos. The Inuit word for “small hill” is “pingo.” Danish-Canadian botanist A. E. Porsild borrowed the word to describe a particular formation of earth-covered ice mounds that dot the Arctic and sub-Arctic landscapes. Indigenous hunters used hollow pingos as meat freezers. In the 1960s, researchers studying the submarine geology of the Beaufort Sea started using the term “pingo-like features” to describe mounds that had emerged from the sea floor that looked like the pingos on land. Today, pingos have become one of the indicators of climate change––as the permafrost melts, more pingos collapse and occur, changing the surface of the landscape.

It’s not easy to access a pingo in Alaska. From Seattle to Anchorage is a three-hour flight.  From there, one must fly to one of the Arctic towns of Kotzebue or Nome. Another plane from there targets an area within the 6.5 million acres that make up the Noatak National Preserve. Above the Arctic Circle, the Noatak River flows from glacial melt atop Mount Igikpak in the Brooks Range out to Kotzebue Sound. Along its 425-mile course, the river has carved out the Grand Canyon of the Noatak. 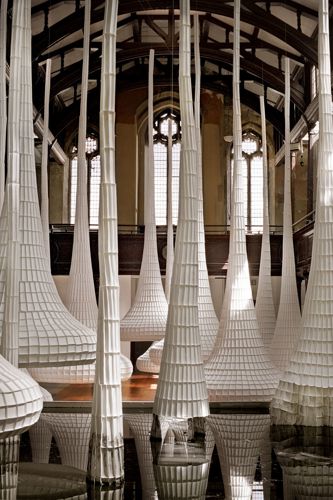 Grade explored this swath of the Arctic with a pack raft and hiking shoes, traveling the slow-moving Noatak River and spotting both pingos and a herd of musk oxen.  Here, Grade also measured and cast the rare trees of the Arctic, which contributed to a series of sculptures called Middle Fork. To commemorate the reopening of the Renwick Gallery of the Smithsonian American Art Museum, Grade exhibited a series of “trees.”  He selected a 150-year-old hemlock tree in the Cascade Mountains east of Seattle to create Middle Fork (Cascades) and used his casts from the Noatak National Preserve for a second tree, Middle Fork (Arctic). For Middle Fork (Cascades), Grade and his team created a full plaster cast of the tree by climbing the tree with harnesses, without harming the tree, and replicating the tree in plaster sections that were then assembled in the MadArts studio in Seattle. Grade used the assembled casts as a mold to build a new tree out of a half-million segments of reclaimed cedar. When Middle Fork (Cascades) is finished being exhibited, it will be carried back to the hemlock’s location and left on the forest floor, where it will gradually return to the earth. 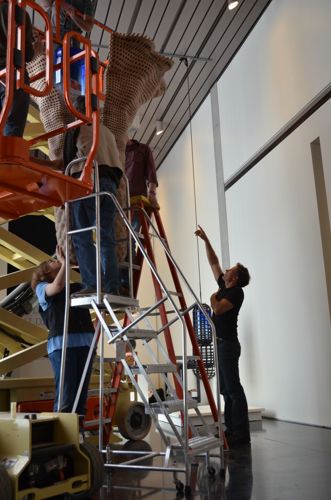 Grade’s second series of work inspired by the Arctic is Floats. Inspired by the history of glass fishing floats made in East Asia beginning more than a century ago, Grade was struck by the voyage of some floats after they would slip free of the nets they were designed to buoy and that would make their way to Arctic waters via the forces of ocean gyres. Grade became interested in the way these fragile glass objects not only survived a long trans-pacific journey, but then withstood becoming encased in Arctic sea ice – often for decades – before melting loose and washing up, whole and unbroken, on Alaskan shores. Grade’s glass floats were exhibited in View From Up Here: The Arctic at the Center of the World at the Anchorage Museum in 2016. Each of the sculptures within the Float series will be temporarily sited in Arctic waters after they have been exhibited.

With a keen interest in the natural world, it may seem jarring to discover that Grade’s third major artwork investigating the Arctic incorporates the technology of virtual reality. Working with lead innovators in the tech industry, Grade hopes to provide a multi-layered experience at the Anchorage Museum in 2017 and subsequent venues, where viewers can see carefully crafted sculptures that suggest an Arctic landscape and then don VR goggles to immerse themselves in three digital dimensions. 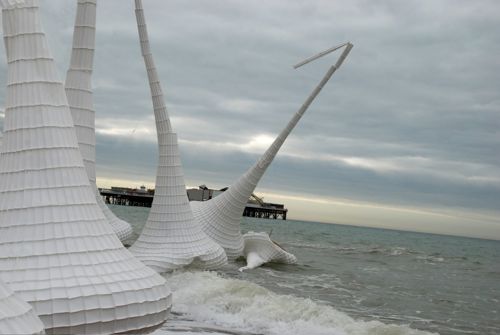 Grade’s work in the Arctic is a continuation of the artist’s experience with the landscape. In a time when the road to the wilderness is paved, and the Arctic is a predictor of great climatic change for the world, it signals the nostalgia for “landscape” and transition to “environment,” and the move from periphery to center. It is a shared landscape, one that has never been remote or untouched to those who first inhabited it. Grade’s work is poignant in this context. It embodies the idea that place is defined by those who experience it, and who connect with the natural forces that shape it. Grade’s work, like this landscape, is powerful in its scale but appreciated through the intimacy of detail and variation. It captures both history and the future unknown.